One of the most important figures in women’s wrestling of the last 20 years is finally getting her full story told. LuFisto will be releasing her autobiography.

The book, which will be written by Genevieve “LuFisto” Goulet and author/Slam Wrestling Producer, Greg Oliver, is expected to be titled LuFisto: The Wounded Owl: Passion, Perseverance and Pain in Professional Wrestling, and will be published by ECW Press in the spring of 2022.

The idea for the book was first sparked at the Bookmarks Covid-Con event when Michael Holmes, the Executive Editor of ECW Press and a guest at the virtual con, was asked which pro wrestler he’d like to next see in book form. His immediate answer was LuFisto.

“I’m thrilled that LuFisto and Greg Oliver have come together to write her story, and I can’t imagine a better, more authentic way to get it right,” shared Holmes in an email to slamwrestling.net. “Greg is one of the most respected and respectful journalists and historians in the professional wrestling landscape. LuFisto is a groundbreaking, trailblazing Canadian athlete — one with a unique voice, an intricate and compelling history, and fearless honesty. At Covid-Con I answered that question with my heart: readers need more stories from the most important Canadian pro wrestlers, and from the women who are among the best pro wrestlers of all time. LuFisto fits that description perfectly.”

Upon hearing Holmes’ response at Covid-Con, Oliver reached out to LuFisto, whom he first met and interviewed for Slam Wrestling in 1999. 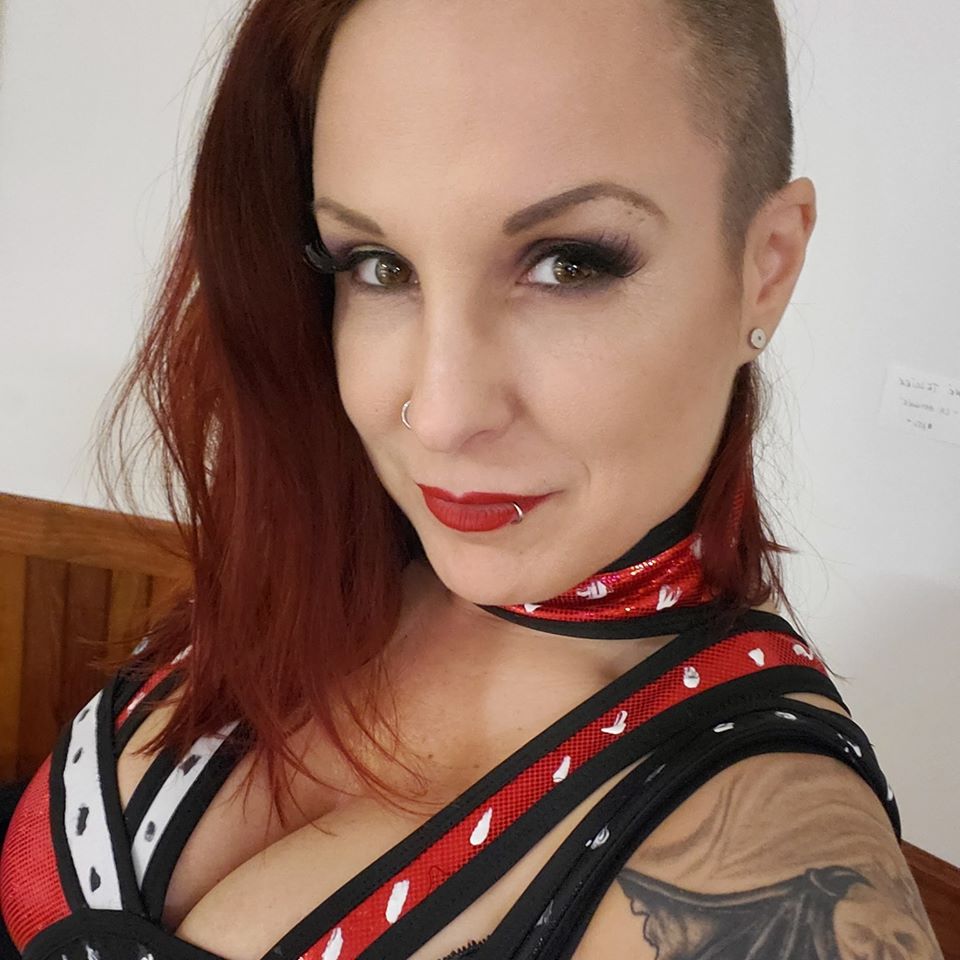 LuFisto in Dec. 2019, when there was live wrestling.

“I knew Gen, and immediately dropped her an email that she had been name-dropped, and said I’d be open to discussing writing her book,” revealed Oliver. “But, perhaps more importantly, I later explained some of the basics of publishing and how it works, and put her in touch with Michael Holmes; it all helped her to make a decision between several writing suitors.”

LuFisto freely admitted that she never really thought she’d be putting her life story into a book.

“I can’t say that I ever thought I’d be writing my life story,” confessed the 5-foot-3 wrestler/heavy metal enthusiast from Sorel, Quebec. “Talking to Michael at ECW really helped put things in perspective, and allowed me to see the bigger picture. My path in wrestling is so unique. Maybe it helped that Michael and I talked about heavy metal music too!”

She added, “Working with Greg made sense on many fronts. I knew him, he knew my career, and he was Canadian. Plus, he has a good knowledge of how the Ontario Athletic Commission (OAC) worked back in the day, which is a major part of my story.”

Indeed, readers will be taken on the complete LuFisto journey. From her name changes (she previously wrestled as Lucy Fer, Luscious Lucy and Precious Lucy), stepping into the ring in such locales as Japan and Mexico and as aforementioned, her three-year battle with the OAC where she successfully fought for the right for women to wrestle men through the Ontario Human Rights Commission, and helped end the regulation of professional wrestling in the province of Ontario on May 10, 2006.

“Gen has been unfailingly honest in our conversations to date,” shared Oliver. “She is so deeply, passionately invested in the wrestling business that, that always shines through, whether it’s talking about her career, or standing up against CZW (Combat Zone Wrestling) recently when it rebranded past women’s matches in a sexual nature, or through the #SpeakingOut movement.”

Nearing her conclusion of in-ring career, LuFisto said the book will cover a lot of ground.  “One of the things fans are always surprised to hear is that women winning main championships of promotions — World, Heavyweight, etc. — usually reserved to male competitors is not something new. When they research a little bit, they can see that it is not the case. This book will definitely set the record straight on this history of inter-gender wrestling. It has been a long battle to get where we are today.”

Added Holmes, “At a time when women wrestlers are, arguably, at the forefront of the business — staking legitimate claims as the best in the world, period, regardless of gender — LuFisto’s history, decades of success, and willingness to speak openly and address all facets of pro wrestling, politically and artistically, makes her story, in my mind, one of the most important still to be told. Whether it’s battling the Ontario Athletic Commission on gender equality issues, breaking new ground in intergender matches, or battling, around the world, the most important and talented female competitors of the modern era, LuFisto has helped make the wrestling business we know today possible. There’s nobody else like her in Canada–or in the rest of the world, for that matter.”