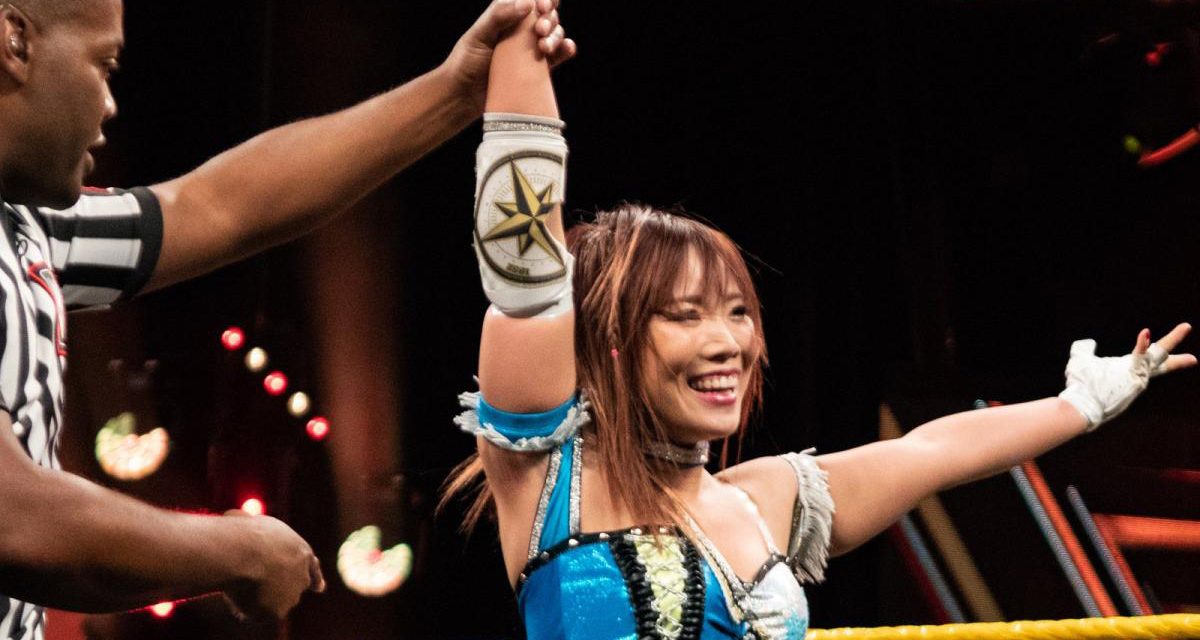 Is Kairi Sane leaving the WWE? The question has finally been answered by the Kairi Sane herself.

After weeks of speculation, she posted statement on her Twitter page.

My time in the NXT & WWE locker rooms was incredible. Everyone was kind, funny, & talented, so every day was full of happiness. Also, I was saved by the supportive staff behind the scenes. I will forever love & respect all these professionals I had the pleasure of working with.🍀

I was able to accomplish so much in the last three years, but it wasn’t because of my ability or my strength. It was because of all of the constant, warm support from the fans. I am so thankful I could meet you all.
Thank you from the bottom of my heart,
Kairi Sane☺️⚓️ pic.twitter.com/BaH2UBi9wn

WWE sends its best wishes to Kairi Sane as she sets sail on her next voyage!

Sane was written off WWE television in an injury angle on Raw last night. She was beaten down by Bayley backstage as Asuka fought Sasha Banks for the Raw Women’s Championship in the ring. The attack was broadcast on the Titantron during the match. Asuka elected to leave the match and save her friend. As per the match’s countout rules, Asuka was counted out and Banks was declared the new champion.

Sane joined the WWE’s NXT brand in 2017 for less money than she was making in Stardom in Japan. She went on to win the Mae Young Classic. She defeated Shayna Baszler almost a year later for the NXT Women’s Championship. She would lose it back to Shayna Baszler two months later.

Sane is rumoured to be heading back to Japan to be with her husband and perhaps to rejoin the all-women’s Stardom promotion there.