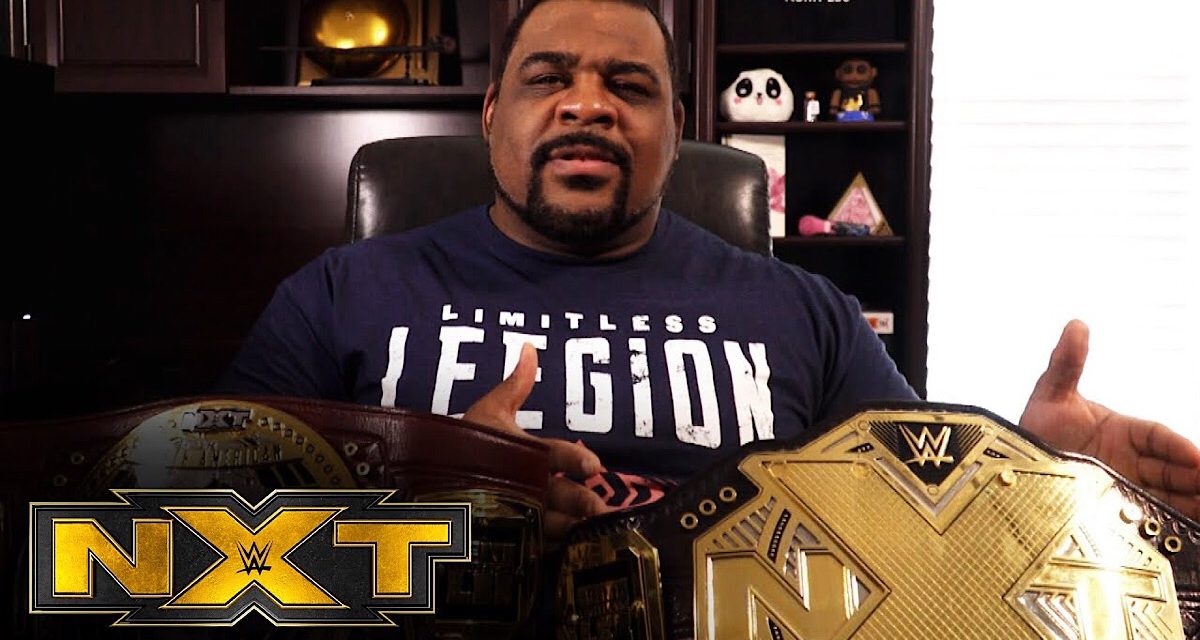 Regal then announced a series of triple-threat, qualifying matches leading to NXT: Takeover on August 23rd. A multi-man ladder match will decide the brand new North American Champion at “Takeover: 30”. Finally, a huge announcement lives up to the hype!

NXT will build towards this event with outstanding triple-threat matches and great storylines, much like they did tonight. The yellow brand is hotter than ever.

Dain runs the ropes taking down Lumis. It doesn’t shake the latter as he shoots his weird…weird stares across the ring. They battle on the outside where Dain attempts to whip Lumis into the steps, but Lumis dive rolls over them. Why doesn’t everybody use this technique? The Irishman regains the upper hand and leg drops his opponent before break. 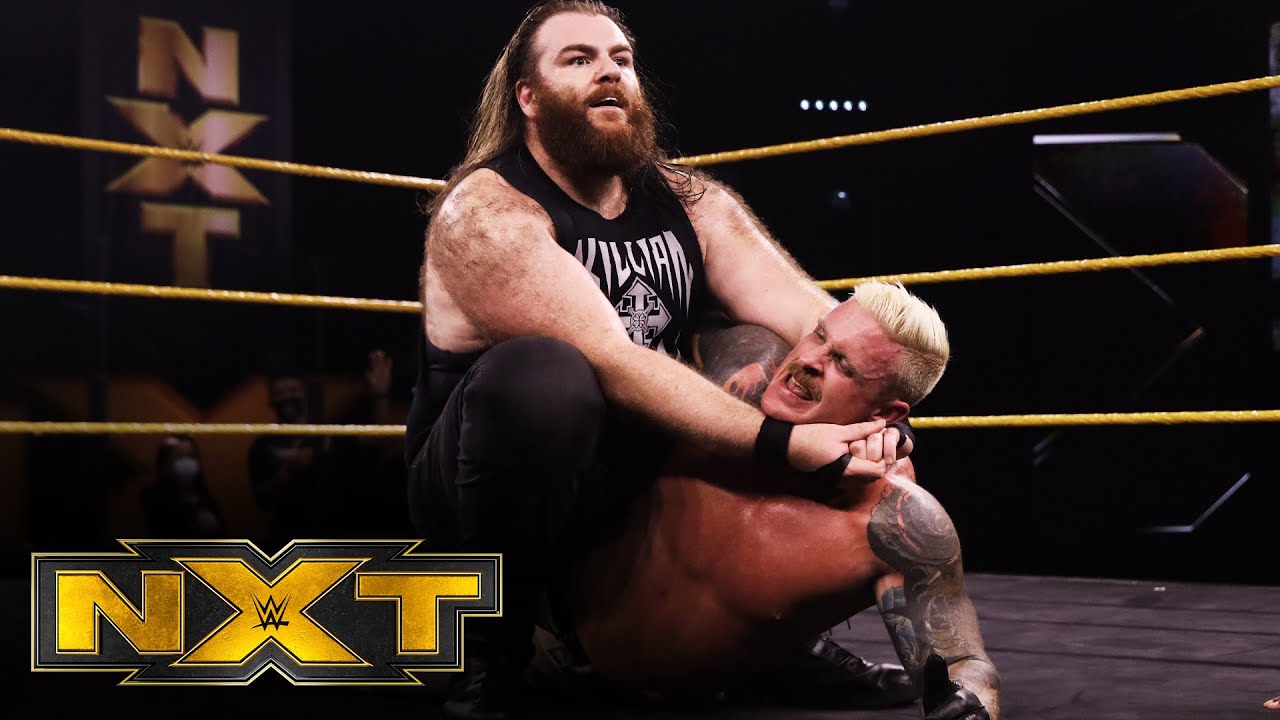 Dain kept control throughout picture-in-picture and continued to strike down Lumis. The latter finally reverses with a spinebuster before hitting a kip-up and reverse leg drop. Based on the moveset, Lumis is a cat with cat-like reflexes, right? He misses a senton — not landing on his feet — before Dain hits a powerbomb-elbow counter. Lumis scales the ropes again, hits the senton, and knocks his opponent out with an arm-triangle choke. What a weird, indescribable gimmick he has. But it obviously doesn’t falter his in-ring abilities.

The Undisputed Era’s Roderick Strong is interviewed about his upcoming triple-threat match. His opponents Bronson Reed and Johnny Gargano interrupt. Reed says, “Tonight I’m going all out” before commercial.

Breezango debuts another special entrance which mocks their Quebecker opponents. They arrive dressed as The Mountie — vest, hat, and shades — accompanied by The Mountie’s retro entrance music. Breezango have settled perfectly into this comedy-cosplay run, and it should never stop!

Tyler Breeze wins the initial lockup and fakes the superkick — twice. Matt Martel on the apron chants “Defense!” before getting kicked by Breeze’s boot. Chase Parker throws out Breeze and the duo works him down. Fandango gets the hot-tag and takes out Ever-Rise with a back drop and leg sweep. He then grabs his Mountie hat, puts it on, and dives to the outside. Breeze and Fandango hit stereo superkicks on both opponents for the win on Parker. 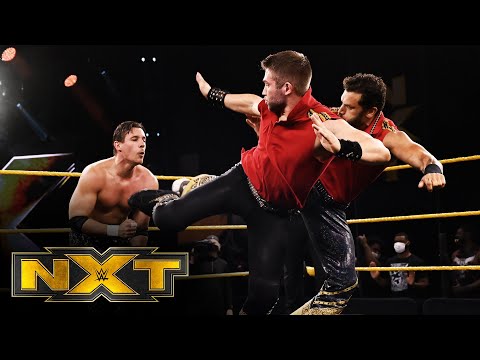 Breezango gets the win on Chase Parker. Courtesy: WWE.

Dominik Dijakovic is interviewed backstage regarding his match with Karrion Kross. He’s speaking super quickly — he’s heated! — but vows to take out Kross.

Robert Stone accompanies Aaliyah with a protective boot on. This resulted from Blackheart’s vehicular manslaughter attempt on Stone, when she ran his foot over with a toy-tank.

Blackheart delivers strikes and takes down Aaliyah, screaming “Welcome to the ball-pit!” before hitting a double leg drop. She then hits a running reverse senton to the ropes, tries again, but misses to the outside. Aaliyah capitalizes on Stone’s distraction with a face-buster and brings it back inside. Aaliyah works her opponent down and hits a snap suplex followed by a Northern Lights. Blackheart hulks herself out of a clutch and gets a corner splash and slingblade on Aaliyah. The latter hits a rollup with her foot on the ropes, but the referee catches it giving Blackheart the opportunity to hit an enziguri.

Stone tries to climb the apron, but is met with Blackheart’s pump-kick sending him to the floor. She hits the top-rope senton for the win as Stone screams in pain. But the agony for Stone isn’t over — Blackheart runs over his over foot! From nowhere, Mercedes Martinez attacks Blackheart. She’s potentially the newest acquisition to the Robert Stone Brand.

A vignette for Isaiah “Swerve” Scott plays. It revolves around his life-long confidence and his career as a rapper. He sends a message to current Cruiserweight Champion Santos Esobar, and he’s coming for the title.

Reed uses his size to take out both opponents. The latter two argue outside before Reed stomps on Gargano’s hand and slams Strong back inside. Gargano attempts a hurricanrana, but it’s countered with a slam. Reed then pounces Gargano into Strong before break. These opening minutes portrayed Reed as an absolute monster!

Reed continues the onslaught and attempts an outside dive before getting hit with Strong’s knee. Gargano and Strong strike the big man down, but Reed fights back. Strong tries a sunset flip and gets caught, as Gargano slingshots him into Reed’s crotch. Gargano then spears Strong and dives onto Reed before Strong delivers a backbreaker for a two-count. Reed takes out both men with a splash and senton before they work together on him again. Gargano throws out Strong after his huge slam on Reed for a two-count. The latter is tied in the ropes as Gargano and Strong deliver strikes. But the duo fight again towards the floor as Reed hits the suicide dive before break. 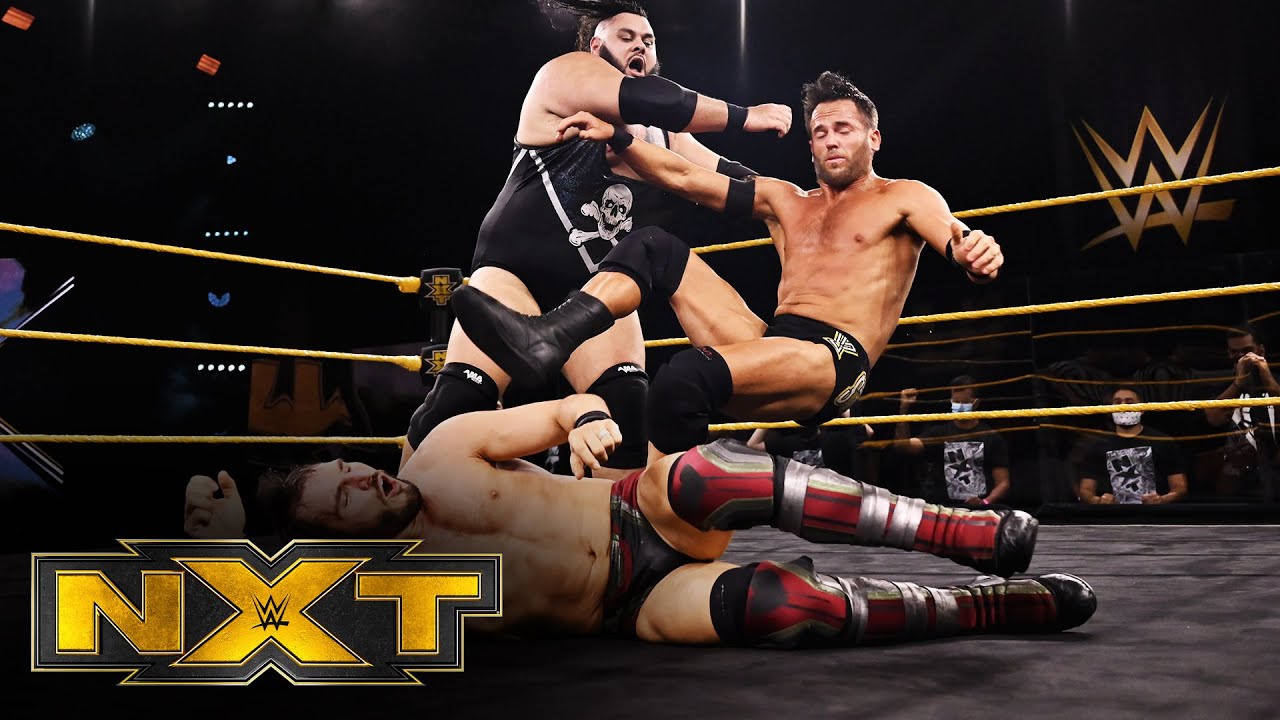 They all trade chops before Reed double closelines them. He stacks his opponents on his shoulders for an impressive double-fallaway slam. Eventually, Reed gets Gargano in an electric chair that he counters into a frankenstein. Strong tries to cover but is met with a superkick. Everyone is down as this incredible match continues.

Gargano, with the assist of Strong, powerbombs Reed to the floor. Strong and Gargano trade reversals before the latter hits the Lawn Dart. He misses a superkick, but catches The One Final Beat. Just as he makes the cover, Reed returns with a monster splash on Strong for the pinfall victory.

Although Reed had majority control, his win was an upset. He advances to “Takeover: 30” after an unbelievable triple-threat.

Thatcher and Lorcan rematch following their impressive ‘Bash match earlier this month. Thatcher begins with head-and-wrist control, and Lorcan fights for the same. The latter delivers hard-hitting chops but is caught with two suplexes. Thatcher switches between multiple holds and follows with strikes of his own. But Lorcan fights back with uppercuts as they head to the floor. He drives his opponent into the ringpost before break.

Thatcher regains control from commercial, but Lorcan catches a single-leg crab. He transitions into the Fujiwara Armbar which is released after Thatcher “fishhook” him. However Lorcan regroups with a suplex and continues the chops. He keeps an armbar until Thatcher reverses into a pin. Thatcher gets the quick pinfall victory. 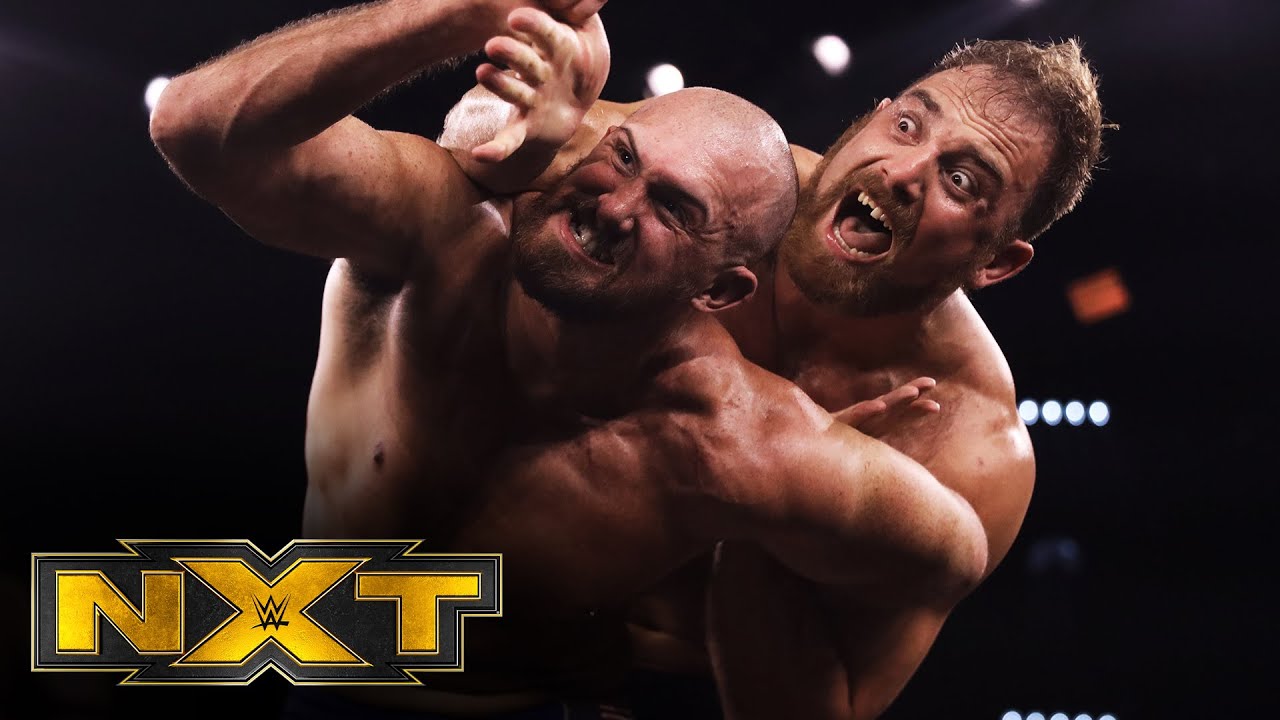 Mercedes Martinez is backstage where she officially joins the Robert Stone Brand. But she makes it clear, Stone shouldn’t cross his boundaries.

A vignette of Finn Balor shows his intentions of becoming North American Champion. “Your push just hit the ceiling” says Balor towards his opponents for next week, Dexter Lumis and Timothy Thatcher.

Karrion Kross and Scarlett still have the best, most intimidating entrance in wrestling today. Dijakovic follows and is seemingly the first opponent to size up Kross. They bull-horn each other until Kross gets a front facelock. Dijakovic powers up and attempts the Feast Your Eyes, but ultimately strikes Kross out of the ring. Back inside, Kross hits a high kick and ddt before break.

Kross works down his opponent during picture-in-picture and follows with a back suplex. He tries to hit The Kross Jacket, but Dijakovic fights back with strikes. The latter delivers a sitout Chokeslam and tope-con-hilo before getting sent into the steps.

Kross pushes Dijakovic’s head behind the steps. He then boots the steel into the face of his opponent — a scarier steel-steps spot than Eye-For-An-Eye. Back into the ring, Kross hammers into a lifeless Dijakovic before Lee comes to support ringside. Dijakovic refuses to quit as Lee pleads for the stoppage. Kross sinches The Kross Jacket in front of Lee, sending one hell of a message.

Decent to great to incredible matches throughout the night. NXT has bouts and storylines to get behind.