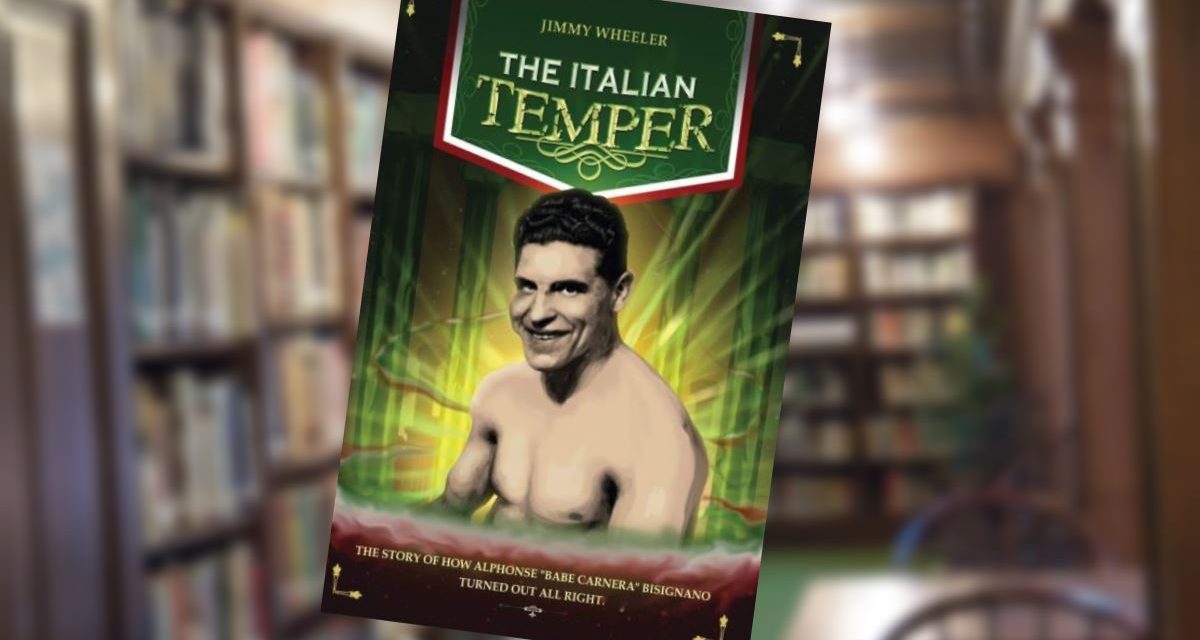 Jimmy Wheeler’s love of pro wrestling was cemented the first time he was able to see it live. Just six years old and seated in the front row at the NEC Arena in Solihull, England, he was lucky enough that night to get an unexpected brush with one of his favorites.

“In September 1994, my mum took me to my first WWE wrestling show,” he remembered in an interview with SlamWrestling.net. “The main event was Bret Hart and The British Bulldog versus Owen Hart and Jim ‘The Anvil’ Neidhart. All the kids’ shirts for Bret had sold out, so my mum had to buy me an adult medium. It was like a full length dress on me, but I wore it proudly. Bret walked down the aisle right toward me. The excitement built as he got nearer. Then at the last minute he stopped at the girl seated right next to me. My heart also stopped at that moment. He bent down and took his pendant off, placing it around her neck. Surely the glasses were next? No, he turned to me and placed his glasses on my head. They fell straight down around my neck, they were so huge. They were also signed, dated and had the match details on them. I still have them to this day.”

The WWE’s Attitude Era would follow closely behind, and a teenage Jimmy couldn’t get enough of it. “I hit puberty right around the time the Attitude Era got underway,” he says. “Heavy metal. DX. Middle fingers. The most attractive women my young eyes had ever seen. It was all just perfect timing.”

Born in Birmingham, England in 1988, Wheeler loved wrestling but hated school. He was expelled before finishing high school, and as a teenager struggled with what he obliquely refers to as “demons.” Instead of descending further, he made the hard choice of finding better ways to spend his days. “I knew I could either go back to the bad juju or I could find something productive to fill my time with,” he said. “I’d already started writing wrestling stuff for a website or two, so I made the decision to focus on that.” 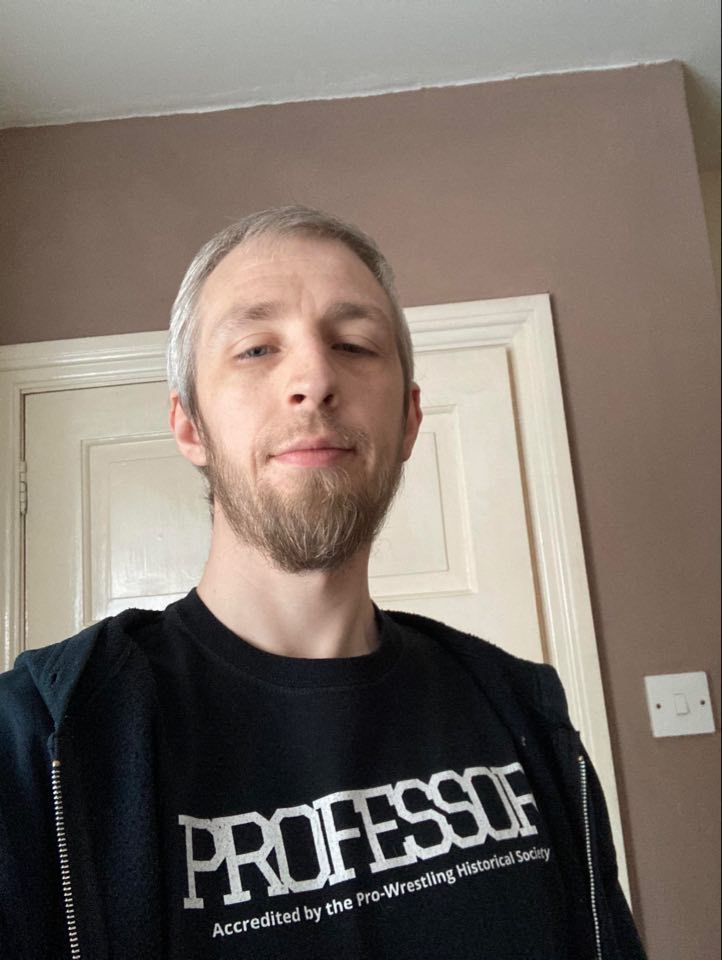 Like many before him, Wheeler was introduced to researching professional wrestling’s history through the Wrestling Classics forum, as well as the work of Steve Yohe, Scott Teal, and Mike Chapman. He was especially taken by J Michael Kenyon’s research on the Mabray Gang. The “gang” was a loosely-knit ring of athletes, gamblers, and hustlers that circled around John C. Mabray, an amiable, dough-faced former horse trader from Omaha. They ultimately swindled close to $5 million from betters in the first decade of the 20th century through fixed horse races and wrestling matches, among other sham athletic contests. When federal officials finally broke-up Mabray’s operation, close to 90 other people, including prominent figures in wrestling like Jack Carkeek and Ole Marsh, were arrested along with him. Wheeler’s interest in Mabray soon led to an exploration of some of the more outrageous stories and characters from modern professional wrestling’s formative years, including 19th century wrestlers Thiebaud Bauer, Yusuf Ismail, and Clarence Whistler.

And despite the rocky start to his formal education, Wheeler simultaneously nurtured a growing love of reading.  He became enamored with the writing of Trainspotting and Filth author Irvine Welsh, whose work further nurtured his own interest in writing. “From there I made a conscious effort to read as much as I could,” he observed. “I wanted to learn how to write better. Guys like Stephen Fry, Ian Flemming, Jules Verne, Sir Arthur Conan Doyle, and P.G. Wodehouse are the main ones I really tried to focus on when reading.”

In 2013, Wheeler and Greg Skelley created the Professional Wrestling Historical Society Facebook group, followed by a website in the summer of 2014. The site hosts a wide-ranging collection of biographies, interviews, and match results while the Facebook group is a reliable place to find fans dedicated to both wrestling’s recent history and its past.

Earlier this year, Wheeler released his first book, The Italian Temper: The Story of How Alphonse “Babe” Bisignano Turned Out All Right. The book, published by Eat Sleep Wrestle, tracks the life of Bisignano, a one-time boxer, wrestling, and sports promoter turned bootlegger and, finally, respected businessman. His eponymous restaurant, Babe’s, was a staple of downtown Des Moines, Iowa for over 50 years. Later in his life, Bisignano had become such a fixture in the community that he was tapped to help run the Iowa arm of President Jimmy Carter’s unsuccessful campaign for reelection in 1980. Bisignano began his wrestling career in 1933. Though it lasted less than a decade, he got to work with some of the most prominent names in wrestling at the time: promoters Joe “Toots” Mondt and Ray Fabiani, and wrestlers Danno O’Mahoney and the Dusek Brothers. In the 1950s he briefly competed with National Wrestling Alliance founder Pinkie George in a promotional war and would later testify as part of the US Department of Justice’s anti-trust investigation into the Alliance.

“Truthfully, I never really wanted to write a book about Babe,” Wheeler confessed. “All I wanted to do was write three or four paragraphs for a Facebook post. I’m not even 100 per cent sure how I stumbled upon him, either. From the moment his name came up, though, it was a relatively quick process to write the book. His life WAS a story. There was no need to try and find an angle, an underlying theme, a hook, or anything of that nature. All I had to do was write down the man’s life as it happened. It probably took me all of 10 minutes to realize it was going to be more than a Facebook post. Babe’s life was simply incredible, and though his time in professional wrestling was pretty short, the stories he told about his time around the pseudo-sport in the 1930s, 1940s, and 1980s are extremely valuable.”

Wheeler gives the book a loose, conversational feel as he recounts the arc of Bisignano’s colorful career. It’s a memorable look at the life of a little-known wrestler whose colorful life didn’t stop once his wrestling career ended. With unexpected free time on his hands as a result of COVID-19, Wheeler is already considering taking on a second book, a biography of 19th century collar and elbow wrestler Homer Lane. “He wrestled from at least the 1850s until the 1890s and was a true pioneer in American pro-wrestling who is forgotten for the most part,” Wheeler shared.

Like everything Wheeler has been a part of, whatever he takes on next will be marked by his distinctive love for wrestling’s past and his keen interest in bringing it back to life through his writing.

“I really need to say thank you to so many people who helped with #PWHS,” Wheeler concluded.  “Whether it’s because they help run the main group and/or the book group on Facebook, or because they have helped with content for the website. Hopefully I have everyone here, if I have missed anyone off I sincerely apologize: Terry Kent, Brian ‘Bubba’ Edwards, Ronald Großpietsch, Phil Lions, John Hubert Williams, Jay Boutwell, Barry Rose, Julie Hankinson, Harry Grover, Hayden Fallek, Curtis Thompkins, Don Luce, Mark Hewitt, Jason Presley, Mark D. Robinson, John-Paul Volino (RIP), Hisaharu Tanabe, Michael Norris, Scott George, and last but certainly not least, the man who is responsible for near enough all of our artwork and merchandise designs, Pablo Alvarez.”