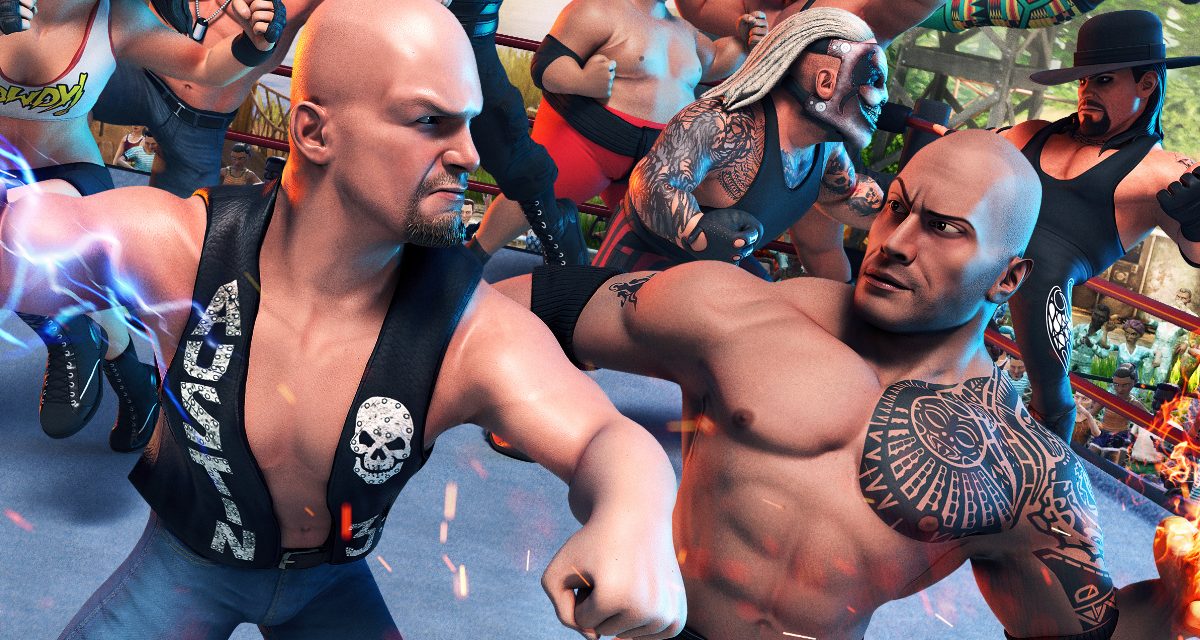 For the first time in eight years there will be no WWE 2K release this year but 2K has announced that WWE 2K Battlegrounds will be coming on September 18th.

Players who pre-order the Standard Edition will receive WWE Hall of Famer Edge at launch. The Digital Deluxe edition includes Edge as well as all versions of “Stone Cold” Steve Austin, The Rock and Ronda Rousey unlocked at the beginning of play plus 1100 bonus Golden Bucks, in-game currency that can be used to unlock Superstars, as well as cosmetic items.

The commentary is provided by Mauro Ranallo and Jerry “The King” Lawler.

The game will have five modes:

Exhibition: Take part in Exhibition matches at home or on-the-go, anytime and anywhere, in local and online multiplayer action for up to four players.

Battlegrounds – in Campaign mode and compete for the chance to earn a WWE contract. Along the way, you’ll unlock new arenas, inspired by locations such as the Everglades, a military-style Bootcamp, Mexico, New York and Scotland while receiving guidance from legendary personalities including “Stone Cold” Steve Austin and Paul Heyman.

Online: Test your toughness in online tournaments and Exhibition matches.

The eight battlegrounds themselves have interactive elements and weapons. For example: players will be able to smash opponents with cars in an auto shop and toss them into the jaws of a hungry alligator in the swamp.

Players can create their own characters and arenas as well.

There are five class styles in the game, each with their own moves. The classes included Powerhouse, Technician, High-Flyer, Brawler and All-Rounder. There are also powerups such as Flaming Fist and Ice Breath.