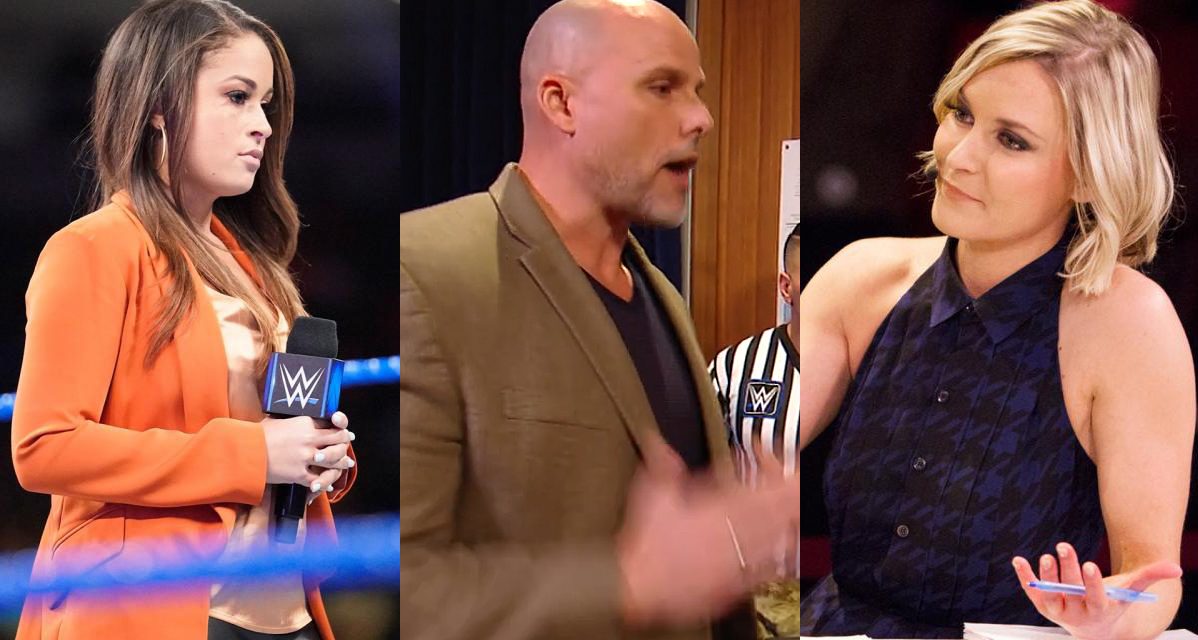 More details about the COVID-19 cluster have emerged.

WWE Producer Adam Pearce has revealed that he now has the virus.

Pearce is a former wrestler who worked for RoH, WWE and the NWA. He is also a former NXT trainer and NXT producer. He has since moved on to be a producer for both Raw and Smackdown.

Viewers might recognize him in the last few months as an authority figure making backstage managerial decisions on Smackdown.

Ring announcer, backstage interviewer and co-host of The Bump Kayla Braxton has also disclosed that she too has contracted COVID-19…for the second time.

Was keeping it quiet but since everyone else is sharing, I feel like it is my responsibility to share this PSA: YOU CAN GET COVID-19 MORE THAN ONCE! I had it back in early March and then thought I was invincible after I recovered. Not true. Dont be dumb like me.

Braxton is also leaving social media for a time. She tweeted today.

“It’s been an emotionally taxing several weeks so I’m going to take a little hiatus from social media. In the meantime, be safe. Be healthy. And please, be kind,” Braxton wrote.

Late Wednesday, WWE host, announcer and commentator Renee Young revealed that she has COVID-19 . Young’s husband, AEW Champion Jon Moxley was removed from this week’s edition of Dynamite after informing the company of his status.

WWE’s problems with COVID-19 began back in April when someone who was not an on-screen performer was diagnosed and recovered from the virus.

Kevin Owens is the latest WWE superstar to back out of WWE tapings due to COVID-19 worries.

The WWE released this statement yesterday: “WWE will continue COVID-19 testing of its talent, production crew and employees in advance of TV productions for the foreseeable future.”