Booker T speaks out, ‘disturbed’ by corruption and abuse 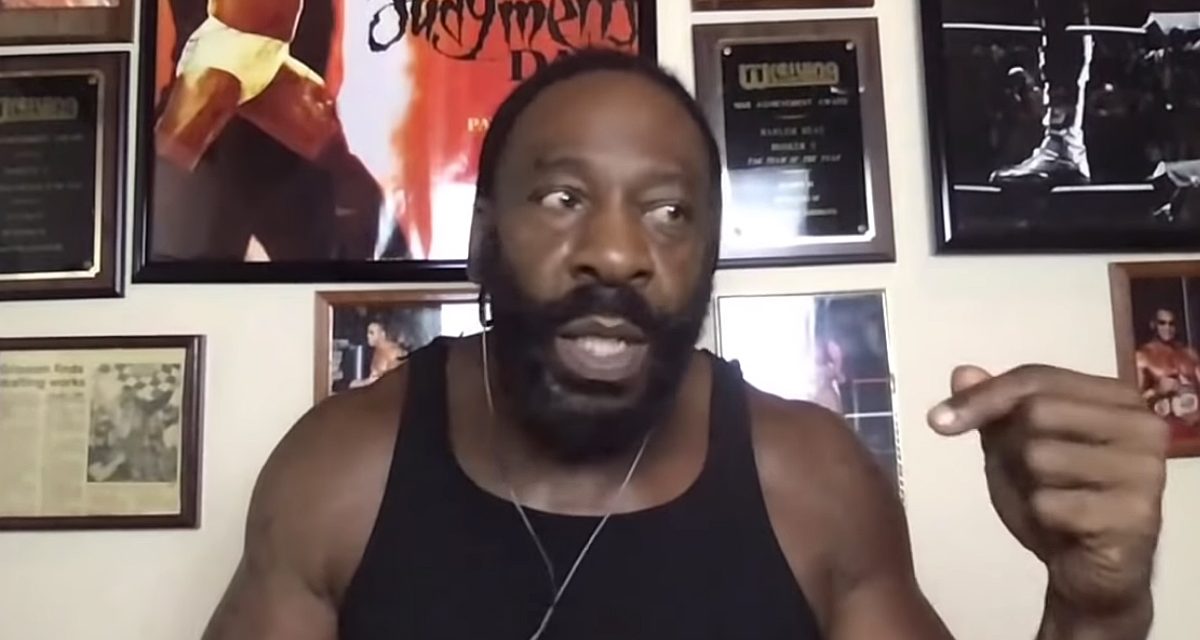 Booker T is not only a wrestling legend and a Hall of Famer but he also runs the Reality of Wrestling (RoW) promotion and wrestling school in Texas.

Ever mindful of his influence on the students he is mentoring, Booker spoke about the #speakingout movement on the Hall of Fame podcast.

“I always talk to them about situations like this. Normally, the girls that have been around me long enough and perhaps make it to the next level, I always try to have THAT talk with them,” said Booker alluding to the same speech he has had with his son when he was younger about respecting others and respecting himself.

Booker went onto to say he tells the young women under his tutelage to concentrate on developing their skills and be mindful that they are now in the public spotlight and how that changes things on a personal and professional level. That they will be exposed to people who will try to take advantage of them and disrespect them as human beings.

“If a promoter or a booker is not treating you like I treat you, you need to talk to someone and tell somebody,” advised Booker.

Booker also detailed how some women in the industry in the past have been “H bombed”, knocked out with Halcion and then raped and sexually assaulted.

“In 2020, those stories are going to come to light. People are going to be exposed and hopefully they will lose their jobs and more than anything, their integrity, their name, their fame, everything that goes along with it,” he said.

Booker admitted that the current movement has opened his eyes to how deep and how wide some of the corruption goes. Some of the reports and allegations have troubled him on a very personal level.

“To hear some of the stories about some of these scumbuckets out there really disturbed me. Hopefully by these women coming out we will rid the industry of the bulk of the scum,” he said with a note of anger in his voice.

On the podcast he also called on locker room leaders and those in positions of authority, influence in the wrestling industry to continue to step up and police those who cannot seem to police themselves.

You can listen to the entire podcast here.