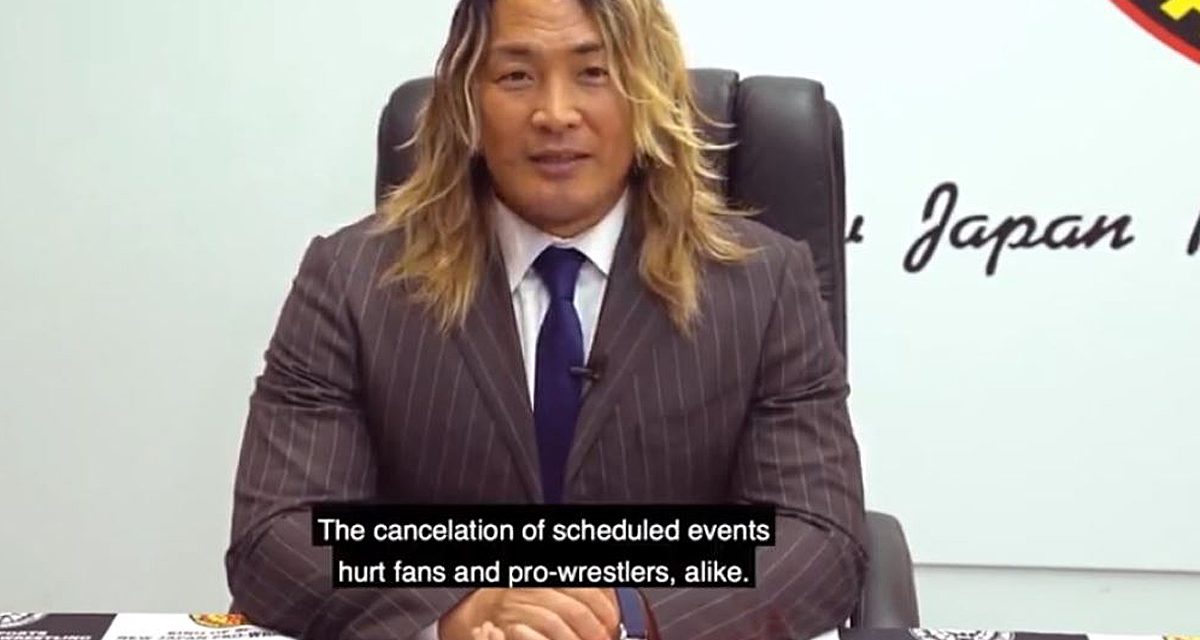 It has been 110 days since their last live event but NJPW is returning next week.

“We guarantee that we will undertake all possible precautions in future shows with audiences,” promised NJPW Chairman of the Board, Naoki Sugabayashi announcing the upcoming schedule.

On June 15th, NJPW will present the Together Project Special. Matches will be announced that night.

All of the events will be streamed live on New Japan Pro-Wrestling World at 7 PM JST. Only the finals of the tournament on July 12th at Osaka-Jo Hall will have a live audience filling only one-third of the venue.

Ticket information for all of the events will be available soon.

Sugabayashi also made it known that the July Hokkaido Tour has been cancelled.

“We are deeply sorry to everyone who was excited for those events,” he said.

Hiroshi Tanahashi also lent his voice to the announcement expressing his excitement about returning to action soon.

“The cancellation of schedule events hurt fans and pro-wrestling alike. I became concerned that our return would take longer than we could imagine. That’s why I am thrilled that we are able to return on June 15th. You can count on us pro-wrestlers to give you everything that we couldn’t these past few months. We’re going to create and deliver a fresh NJPW to everyone,” said The Ace of NJPW.