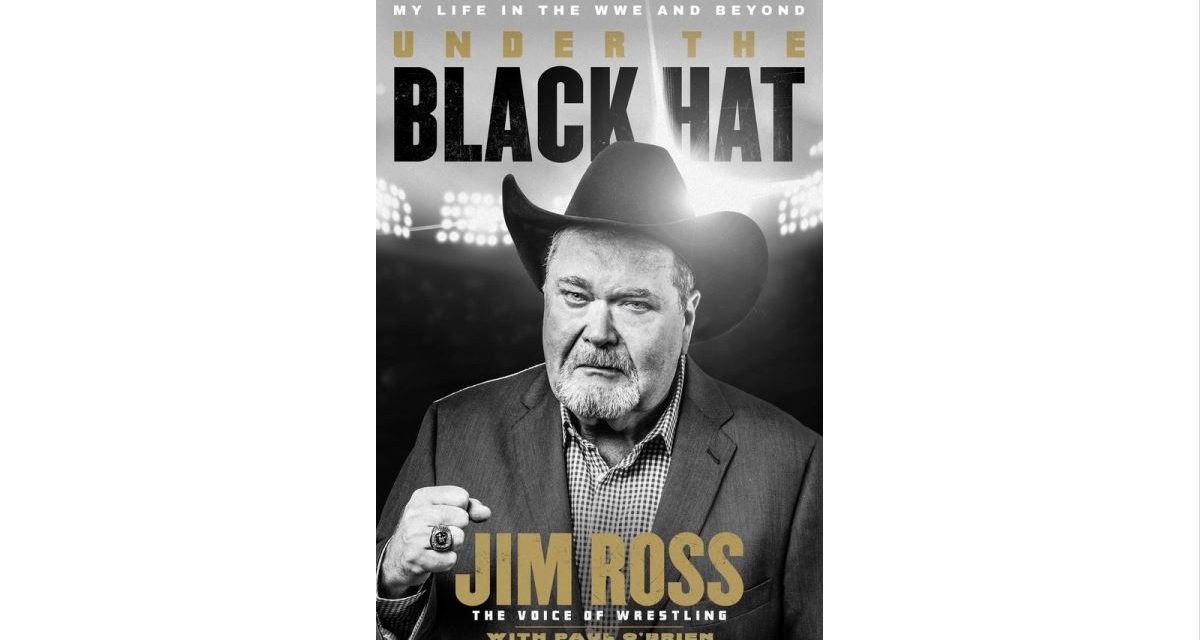 Wrestling fans will get plenty out of the second autobiography of announcer Jim Ross, but it’s the sheer emotion of him suffering through the unexpected death of his wife, Jan, that will resonate far after they are done reading.

Jan, who died in March 2017 after being hit by a car while she was driving a Vespa scooter, is mentioned all throughout the book as someone who lifted J.R. up when he was down from Vince McMahon acting like a bully or office politics that decreased work enjoyment for him.

It was incredibly sad picturing Jan with half of her hair shaved off and her skull and brain exposed to allow her brain to swell outside of her skull. Two days after the accident, Jan was taken off life support and the 25-year relationship between J.R. and Jan came to an end. Ross returned to his empty home and he was painfully alone knowing that his angel wasn’t coming back. This was an extremely moving chapter of the book since I’ve been with my wife for eight years and couldn’t imagine having to go through the same process that J.R. had to suffer through.

Likewise, in this trying time of COVID-19, J.R.’s new book, Under The Black Hat: My Life In The WWE and Beyond, can provide a welcome respite from the stress of living under quarantine.

Under The Black Hat picks up where his first autobiography, Slobberknocker, ended at WrestleMania 15. J.R. worked with Irish writer Paul O’Brien on both books.

J.R.’s WrestleMania 15 appearance was a one-off since he was recovering from a bout of Bell’s palsy, an affliction that results in partial facial paralysis. It drew new respect to learn that J.R. had to hold one side of his face up while calling the main event of The Rock against Stone Cold Steve Austin.

The friendship between Steve Austin and J.R. is highlighted throughout. It describes Austin’s rising frustration with his lack of creative direction that ultimately resulted in Austin refusing to lose to Brock Lesnar in an unadvertised match and Austin going home. Austin and J.R.’s tension started before WrestleMania 18 when Austin was set to face NWO’s Scott Hall. Hall was battling substance abuse problems and got drunk the night before his WrestleMania 18 match. The match between Austin and Hall was filler and did not contribute to a major storyline. The Raw after WrestleMania 18, Austin cut a promo that was meandering and did not build to a future program with anyone else, which strained the relationship between Austin and WWE. The straw that broke the camel’s back was being told to lose in an unadvertised match to Brock Lesnar. As a result, Austin went home while J.R. continued working at WWE.

As with Austin, the unique relationship between Vince McMahon and J.R. is a theme that weaves its way from chapter to chapter. McMahon did some incredibly nasty things including making light of J.R.’s situation after surgery to have 13 inches of his colon removed; after the surgery, McMahon called and told him to watch Raw. The ending featured a skit of Vince McMahon as Dr. Heinie with nurse slobberknockers and a mannequin on a surgical table representing J.R.. The mannequin of J.R. let out a few farts and a toilet flushing noise. Vince reached into J.R.’s bum to pull out a BBQ sauce, a football, an owl, a hand, a goldfish, an OU helmet, a Stone Cold water bottle, and J.R.’s head. Vince said “J.R. had his head up his ass.” In addition to this skit, J.R. was sent to Smackdown while the camera was on him at Raw. J.R. details how he felt ambushed by not knowing ahead of time that he was going to be split from his long time WWE commentating partner Jerry Lawler.

Most of the nasty things that McMahon did to J.R. did not advance a storyline that drew money, which make McMahon’s behaviour feel unnecessary and unethical. J.R. mentioned throughout the book that he did not question McMahon’s behaviour to his face. It is not surprising that J.R. had to endure those nasty situations repeatedly since he never voiced his displeasure.

On the flipside, J.R. also talks about McMahon’s other side where he showed gratitude towards J.R.. During one of J.R.’s last days at the WWE Vince had a J.R.’s appreciation night on Raw in J.R.’s hometown of Oklahoma. Vince called J.R. the best commentator in the history of the business and described the many roles he had behind the scenes. The segment ended with Vince giving J.R. a plaque, which his wife Jan hung in his office.

Beyond the main relationships of his life, J.R. lays out how as head of talent relations, he pitched wrestlers to McMahon. Dr. Death Steve Williams was hired by J.R. and was injured during the WWE’s ill-fated Brawl For All, which pitted various wrestlers against each other in real fights. Dr. Death’s injury coupled with his lack of sizzle as J.R. would say led to McMahon telling J.R. to fire Williams, which J.R. called the most difficult call he ever made. However, there are many other stories where J.R. recruited talent that added a lot of value to the WWE such as John Cena, Brock Lesnar, and The Rock.

J.R.’s expertise in talent relations would not matter when WWE acquired WCW. WCW’s top drawing talent were paid a lot of money to sit at home and couldn’t be used on TV. In addition, J.R. laid out how the invasion angle failed so miserably when it should have been one of the best angles in history. Since so many people wanted J.R.’s talent relations position the same people were in Vince’s ear telling him exactly what he wanted to hear, that WWE should be beating WCW talent in all the meaningful matches. However, the opposite was true but Vince listened to his “yes” men and the WCW invasion failed.

Under The Black Hat is a great book that shows the behind the scenes story of how many of the top stars were recruited and developed by the WWE system. Since J.R. wore so many hats during his time at the WWE, he is able to give many different perspectives during one of the hottest eras in professional wrestling. As a fan of WWE in the late 1990s and 2000s, I recommend this book since it provides a unique insight into the WWE machine. It doesn’t cover Ross’ current role in AEW.

In the end, though, the love story of Jim and Jan Ross is what will stick with you.