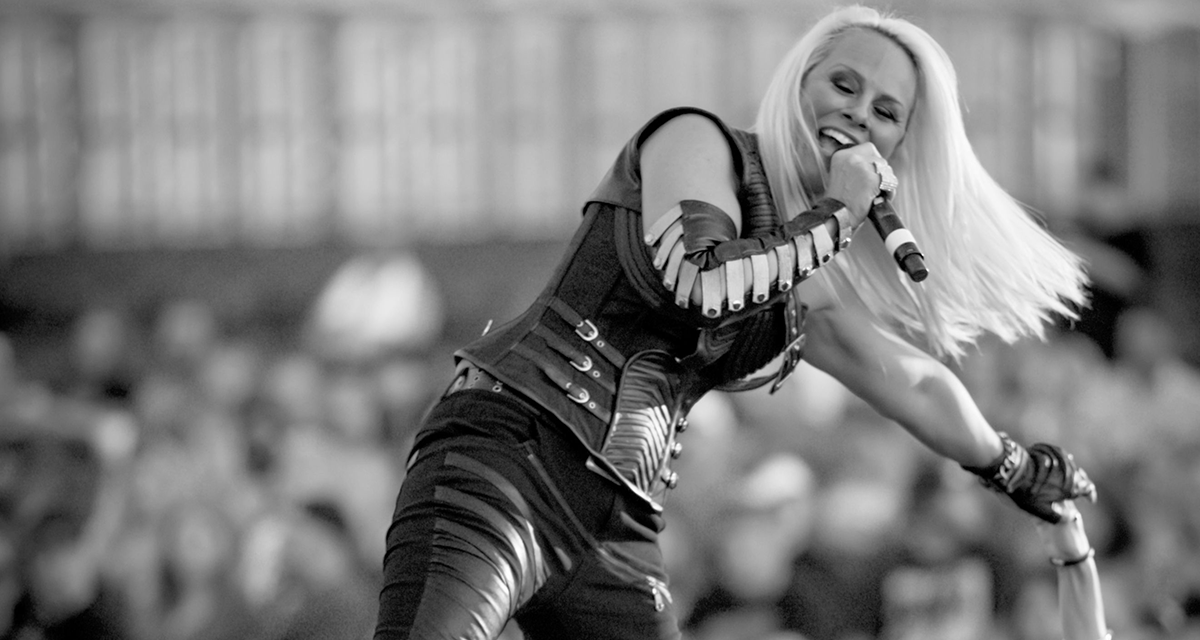 Former professional wrestling personality, Goldy Locks, is all about finding the positive in any situation. This mindset is especially prevalent in her recently released music/suicide prevention video for her song, All to You.

As part of the Goldy lockS Band, Goldy, didn’t initially set out to produce a PSA video for the song she co-wrote. She had originally filmed what she refers to as a “pretty video by a waterfall,” but after getting into an argument about said video with someone who was advising her at the time, everything changed.

“It was a very abusive, horrible argument and it was awful,” recalled Goldy, who is originally from Minneapolis, Minnesota, but currently resides in Nashville, Tennessee, in a phone interview with SLAM! Wrestling. “I just remember sitting in a fetal position at the end of my bed on the floor with my hands covering my face and snot all over my hands and everywhere. And he was screaming at me and said, ‘No one is going to want to see your (expletive) video. No one gives a (expletive) about some girl singing in a waterfall. Nobody is going to care about your video.’ And I was like, ‘Great I just spent all this money on this video,’ and then all of a sudden it hit me in the face, I’m like, ‘I want to die. I just want to die.’”

In that low moment, Goldy thought about the times in her life when she had previously felt depressed and suicidal. Having been in the entertainment business since she started acting and modelling at the age of three and becoming involved with musical theater at age eight, Goldy sadly had plenty of negative experiences for reference. But in particular she thought of a time when she was in third grade and she wanted to commit suicide on the school playground due to being bullied. She remembered her mother’s, who lived with a terminal illness and has since passed away, reaction to this news and how she adamantly made Goldy promise never to commit suicide because that would destroy her.

Goldy knew she had to keep honoring that promise. And maybe she could do more.

“As I sat there on the floor, I just thought ‘Well you know what I’m going to scrap the whole video and we’re going to make it about suicide,’” shared Goldy who is a singer, songwriter and musician. “We’re just going to make it the most raw and in your face. Everyone is going to watch it and get the message.”

After 10 months of filming and two months of editing, the result is a heartbreakingly graphic, gritty and definitely, raw video that focuses on the people left behind after a suicide. Goldy, a former backstage interviewer and manager with NWA-TNA (now known as IMPACT! Wrestling), even cast some familiar faces from pro wrestling in the video including: James Storm (WWE/TNA), Mayra Dias Gomes (NWA Powerrr), Chase Stevens (WWE/TNA) and Allen Funk (WCW/TNA).

The song itself is inspired by the spiritual poem Footprints in the Sand, the children’s book The Giving Tree by Shel Silverstein, and the crucifixion of Jesus Christ.

“I cry every time I say this,” revealed Goldy when asked about the writing process for the song. “I don’t know why I get so emotional. I guess because it’s very true. I just felt something come through me and people can make fun of that and say it’s cheesy, but I really felt like who I call Jesus just wanted to tell this modern day story of kindness and acceptance and forgiveness and it just wrote itself immediately.”

Goldy had to again rely on the power of positivity to both get through the shoot and release the video. Before shooting with one of the video’s participants, everything that could possibly go wrong with their accommodations did.

“All the hotels were full and then Covid (COVID-19) was hitting,” offered Goldy with a laugh. “It was a disaster. I had an Airbnb for them when they first came to town and there was somebody else still there! So, then we got a hotel and there was pubic hair all over their room! So, we switched hotels and they can’t get in with their keys! So, we got another key, but there were people in the hotel room again!”

She added, “I just said, ‘You know what tomorrow’s shoot is going to be freaking awesome because this has been a train wreck!’ It was so horrible so we just started laughing.”

When the video was finished, Goldy was confronted by multiple naysayers telling her that nobody would agree to air the video or cover it for a story. Some people even went so far as to suggest edits for the video’s length and content. Goldy refused to change anything. 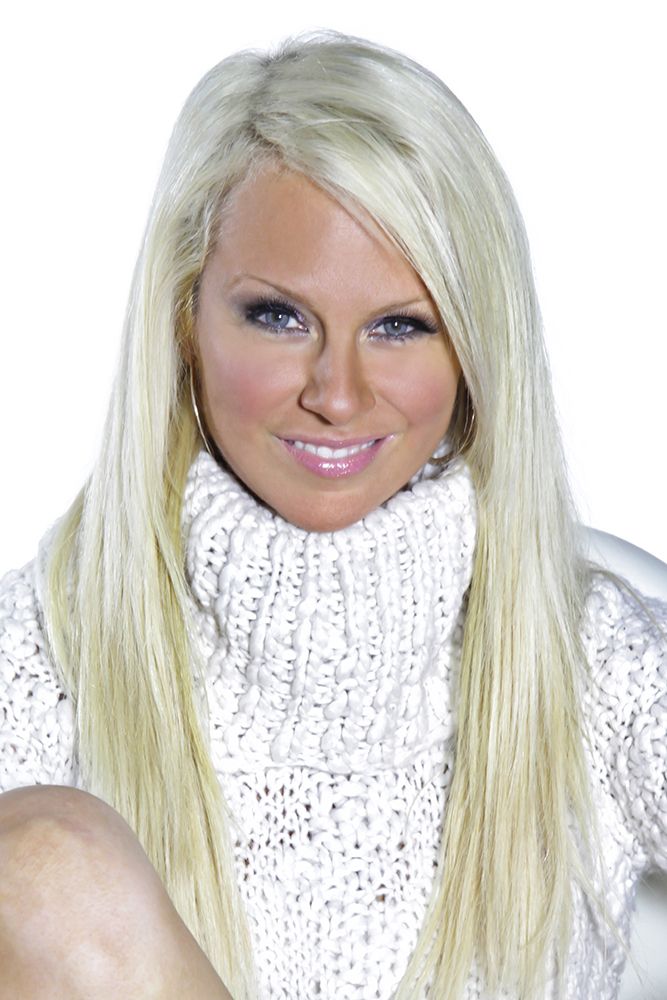 Having her podcast, Goldy’s Closet, on the RELM Network with notorious pro wrestling figure and former head writer for WWE, Vince Russo, Goldy asked Russo if he would premiere the video on his YouTube channel. Russo agreed and at press time, the video has over 68,000 views.

The video was released just before the tragic news of the suspected suicide due to cyberbullying of Stardom wrestler Hana Kimura, who was only 22 years old. Although the two didn’t know each other personally, Goldy was rocked by the news. The situation was made even worse when someone commented on Goldy’s recent interview on John Arezzi’s Mat Memories show on Facebook, where she discussed the video and Kimura. Seeing the fan’s comment was positive, Goldy accepted the fan’s invitation to join a social media group. She was immediately disgusted upon seeing a derogatory sexual post the fan made about Kimura. She left the group and confronted the poster.

“I got hot!” she admitted. “I privately told the guy his penis will never see the light of day again with these kinds of posts that he’s doing!”

For Goldy, the world of pro wrestling attracts both people who are wonderful and those that are vile. And thus, people in its spotlight have to endure more than the average person on social media.

“People can be assholes,” Goldy said bluntly. “You can quote that! They have no idea how hurtful their words can be. They would never say them to your face, but somehow online it’s OK.”

Goldy herself says she has had people offer her upwards of $4,000 for a video of herself being “physically hurt, beat up and raped.” The price would go up if her blood was shed. And on the anniversary of her mother’s death, she woke up to a post saying she was “an ugly, old, washed up wrestling wannabe who can’t even sing.” If that wasn’t horrible enough, the poster went on to say Goldy’s deceased mother was better off no longer having to be around her daughter, and concluded it with a disgusting sexual reference to her corpse.

To combat this negativity, Goldy encourages everyone to watch the video, leave a comment and share it with the hashtag #juststay. She also invites viewers to tag suicide prevention platforms, charities and non-profits in their shares and comments with the goal of “locking arms with them” to have the video’s message reach even more people.