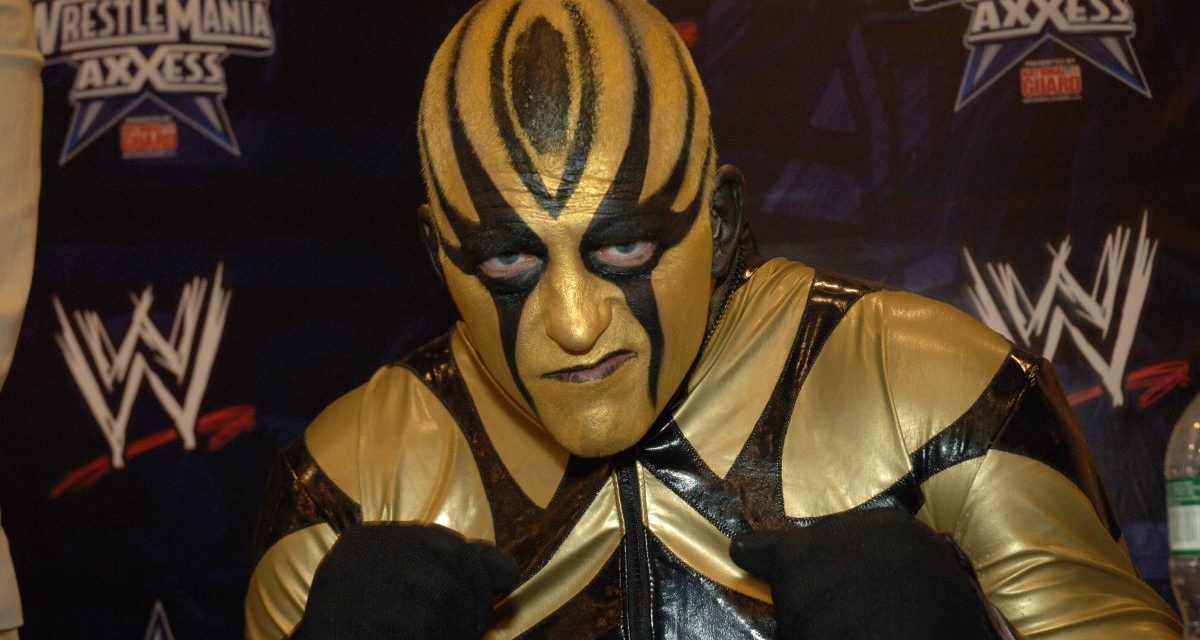 Word is that Trish Stratus, Lita and Becky Lynch will be taking on Damage Control at Elimination Chamber.

Despite what Shawn Michaels says Mandy Rose insists the he is the one who fired her. “It came from Shawn Michaels himself. So, I knew it was coming from the Head of Creative. So I knew that was it. I didn’t really have to go and seek other answers even though I wanted other answers but at that moment I had to do my job and get planning our match and everything else we had to do that night,” she said on the  The Sessions with Renee Paquette.

Here are the ratings from the tail-end of last week:

Knock at the Cabin, the new movie starring Dave “Batista” Bautista, topped the domestic box office charts this past weekend. The movie grossed $14.1 Million USD in its opening weekend, knocking the Avatar sequel from the top spot for the first time since the movie was released 8 weeks ago.

On this date in 1925, legendary Canadian star Hans Schmidt was born. Schmidt was a star in the 50s and 60s, and after retiring, pretty much stayed out of the business. We were able to track him down for a rare interview back in 1998, and have a few other stories about him, which you definitely check out in our archives, including his obituary from 2012.

Today is February 27th, or written another way, 2-7. Say… remember when Goldust transitioned to Seven in WCW? Here’s his debut as that character. This version cuts off before he infamously cut a worked shoot promo dumping all over the new gimmick and abandoning it. But if you Google it, you can find that video pretty easily (mind the language, though).

WWE’s Mace replied to a fan who apparently isn’t a fan of the Maximum Male Models.

for my birthday, let’s stop complaining about my job for me. i’m quite content being silly with my best friend 😘 https://t.co/78egQG2hln

Chris Jericho’s Rock ‘n Rager cruise ran this past weekend. During the event, Jericho teamed up with Danhausen, and even sported his partner’s look for the match. 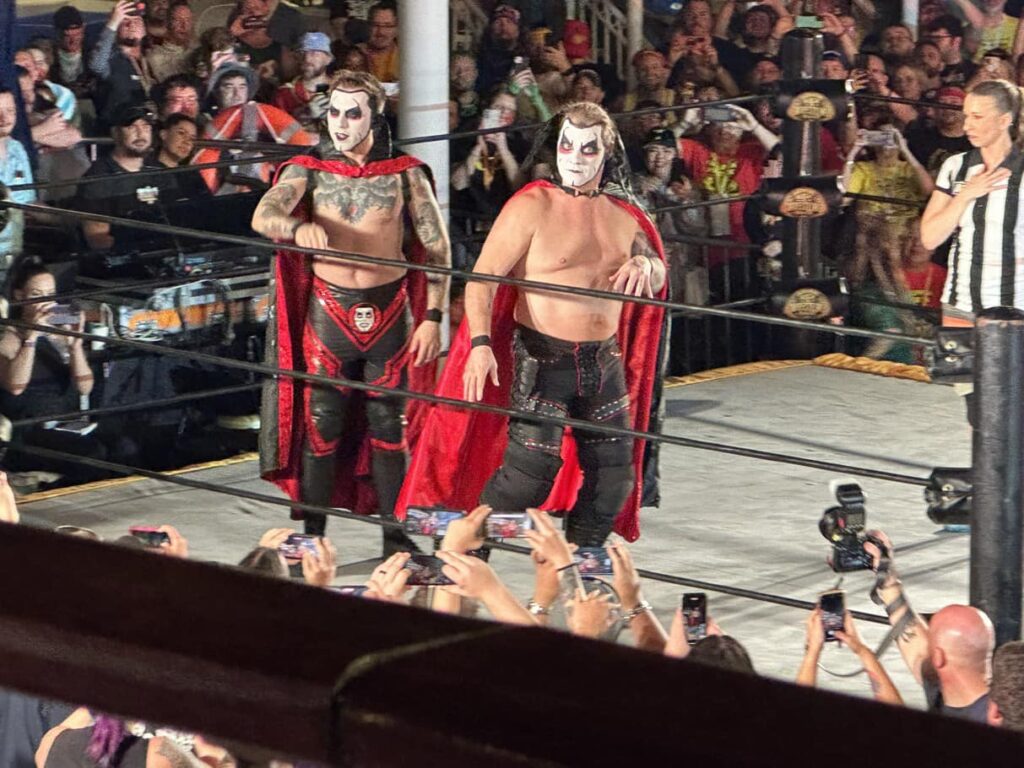 Also on the cruise, Matt Cardona won the Oceanic Championship, and tweeted about his victory.

King of the Internet

King of the Death Match

King of the Indies

Here are the results from the WWE Live event in Pensacola, Florida, last night:

Sonya Deville was busted open the hard way and had to be taken to the back for medical assistance during the above house show.

Word is that you haven’t seen Dragon Lee in NXT yet is because he is having visa complications.

Maximum Male Models has been moved to the Raw brand.

Booker T’s Reality of Wrestling promotion has struck a deal with NXT.

The Wrestling Observer has reported that Comcast is no longer interested in purchasing the WWE and that decision might affect the interest of other parties.

As viewers saw last night, Dijak was injured during last night’s Vengeance Day pay-per-view match with Wes Lee. His finger was dislocated (as Shawn Michaels confirmed) and the graphic injury was briefly shown. It wasn’t as brutal as the infamous broken leg that Sid Vicious suffered but… If you are curious, check out Dijak’s official Twitter at @TBARRetribution.

During a media call after Vengeance Day, Shawn Michaels assured everyone that Dijak’s finger wasn’t broken, just disjointed as x-rays proved, and doctors reset it. He also said that he would like NXT to go on the road for their weekly show but it is not known whether that would be viable right now. During the call Michaels was interrupted by Grayson Waller.

Due to circumstances beyond our control we will not have a full report on today’s NJPW The New Beginning in Sapporo. Full NJPW coverage will return shortly but here are the results:

It’s highly probable that Jimmy and Jey Uso will not be appearing at Elimination Chamber or on the Smackdown the night before. In light of their previous DUI offences, they may not be able to cross the Canadian border for those shows.

On this date in 1990, legendary Canadian wrestler “Whipper” Billy Watson passed away at the age of 74. You can read about his life and career in our archives.

The George Tragos/Lou Thesz Pro Wrestling Hall of Fame in Waterloo, Iowa, has started to announce honorees for its induction weekend, July 20-22, 2023. It is debuting a Trainer Award and will posthumously honor Professor Boris Malenko, with Joe Malenko in attendance for sure to receive his father’s award. The other announced honoree is wrestling historian Tom Burke who will received the 2023 Jim Melby Award. Ticket information is here.

The Celebration of Life for Kenny Jay will be held Sunday, February 26th from 4-8 pm at American Legion Post 643 in Savage, Minnesota.

Nia Jax has admitted that the WWE didn’t give her much time to prepare for the Royal Rumble.

To further their upcoming WrestleMania feud Seth Rollins spoke to TMZ about Logan Paul. “At the end of the day, he’s just not a wrestler. You know? He doesn’t want to be a wrestler. He just wants to be famous,” he said. You can read the story and watch the video here.

Due to circumstances beyond our control there will be no NJPW report today but here are the results of today’s New Beginning event.

As we all know, one of Duggan’s trademarks was his scream of “Hooooo!”  Speaking of hos, here’s a video of everyone’s favourite pimp, the Godfather.