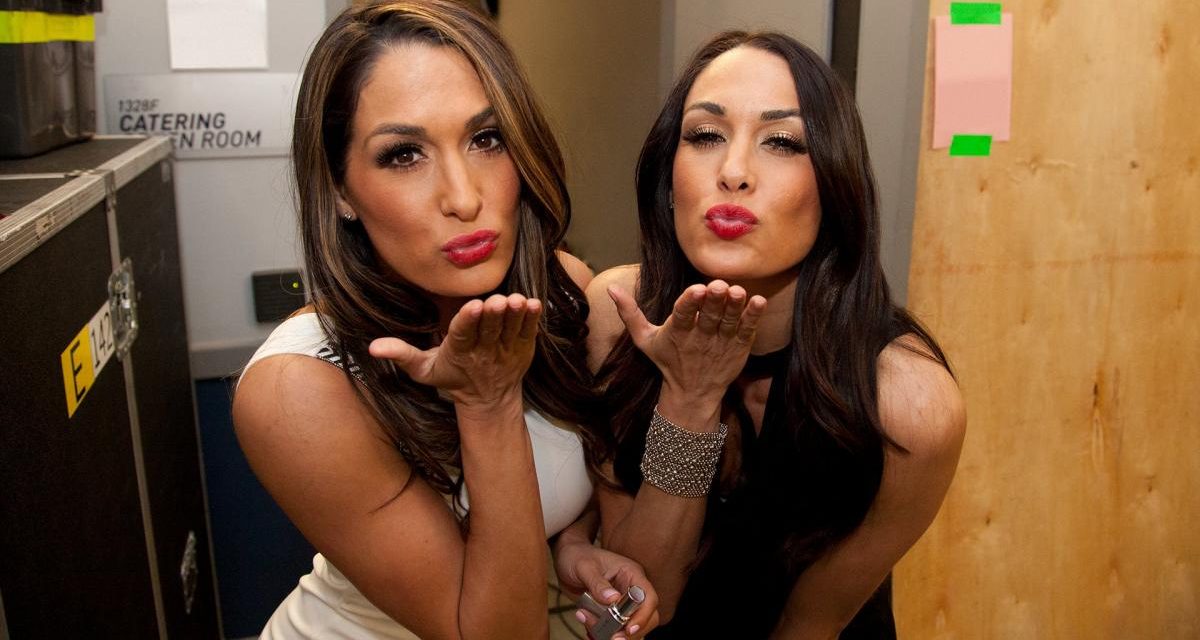 Editor’s Note: It has often been said that two heads are better than one. Upon the release of the autobiography of the Bella Twins: Incomparable, out now from Gallery Books, we at Slam Wrestling felt it was only fitting to have two writers share their thoughts on the book.

KARI WILLIAMS
Confession time: I can’t remember if I liked the Bella Twins when they first debuted. If I disliked them, was it because of their characters? Or was it because the people I was surrounded by at the time looked down on women’s wrestling in WWE, made fun of the Divas’ matches and fast-forwarded through their already shortened bouts? Did I actually dislike them, or was it all groupthink?

But now, years after their debut, after watching their careers grow beyond a brief introduction on a Diva Search contest, becoming a fan of the reality shows Total Divas and Total Bellas, while following the WWE product, I can say with confidence that it doesn’t matter what I thought (or was conditioned to think) then. What matters is now — The Bella Twins are the embodiment of success. And that’s even more present in their New York Times best-selling memoir, Incomparable.

They reveal everything — their father’s drug problems, their own personal issues with sexual abuse and grief. But they do so with tact, class and an honesty that’s rare.

ALEXANDRA ROBERTSON
It’s never easy when you learn about the trauma someone has suffered at any point in their life. Reading about how Nikki Bella had been raped — on two separate occasions — as a teenager was heartbreaking, to put it lightly. As she recounts what happened to her, I can almost visualize it and see it through her eyes. It was one of those moments when something so shocking leaves you thinking about it later on when you put down the book for the night.

As brutally honest and detailed as she was about her sexual assaults, Nikki also uses these times as an example of how she became an addict herself, one of love that is. Constantly needing that feeling of protection, but fighting to break through that. That’s where I discovered how she got the nickname “Fearless Nikki.”

Her strength to not let her childhood define who she was and how she wanted her future to be. Being positive, fierce and a strong woman is what she is all about. Who wouldn’t want to flaunt that, right?

KARI
There is no place more evident of their class than when Nikki discusses her relationship with John Cena — she does not dwell on the past, she doesn’t even utter his name on the pages. She speaks on that chapter of her life in terms of how it changed her, putting the focus not on what has happened, but what happens next. (Editor’s note: Nikki recently has gone on record in several media interviews that both the WWE and Cena had editorial rights to the book and thus edited out some of the content on the relationship in the book.)

Brie’s honesty about how the trauma of losing her high school sweetheart has stuck with her and becoming a guiding light in her life was also inspiring.

ALEXANDRA
Sure, it’s really easy to say that by watching Total Divas and Total Bellas that Brie is the way she is — a hippie, spiritual person who loves nature and the environment — because of her husband and WWE superstar Daniel Bryan. Remember, we never saw their lives before the shows aired. I needed that peek into their early lives to see how Brie became so different from her twin sister.

Her belief system reigns much deeper than I had ever thought.

Brie and her high school sweetheart, Bear, was a beautiful story. How he gave her a different perspective on life, to let go of the hate and know that there is real love in the world that can be so meaningful. After his tragic car accident, all of the pain and suffering she went through as a young girl seemed like a setback. But in actuality, it was a step forward to her becoming the woman we see on TV today.

I think when Brie met that medium everything changed for her. It opened up her mind and her soul to a more spiritual way of living. The way she describes that part of her life made me see that this was her turning point in life, where she learned she would be OK, because she always had her guardian angel with her.

KARI
The positivity that Nikki and Brie exude is evident from beginning to end. And sure, they talk about backstage politics and the women’s locker room culture in WWE. But, again, they do so in a way that doesn’t call out anyone specifically and examines the atmosphere in the context of the industry at the time. That might be what stuck out to me the most.

They could have easily used their book as a platform to “out” those who tried to keep them down or hazed them during their early days. But they didn’t. They highlighted the women who empowered them — women like Natalya Neidhardt and Paige. They opened up their early lives for the world to see, in addition to what they have showcased on reality television for years.

As much as the Bellas want to lift others up with the story of their journey, the way in which they told that journey is even more important. And fearless.

KARI WILLIAMS is a Midwest-based journalist. She can be reached at [email protected], and you can follow her on Twitter: @Kari_Williams.

ALEXANDRA ROBERTSON is a radio producer and freelance writer from Montreal, QC. She can be reached at [email protected] and on Twitter.