Mat Matters: Cinematic matches should be the exception not the rule 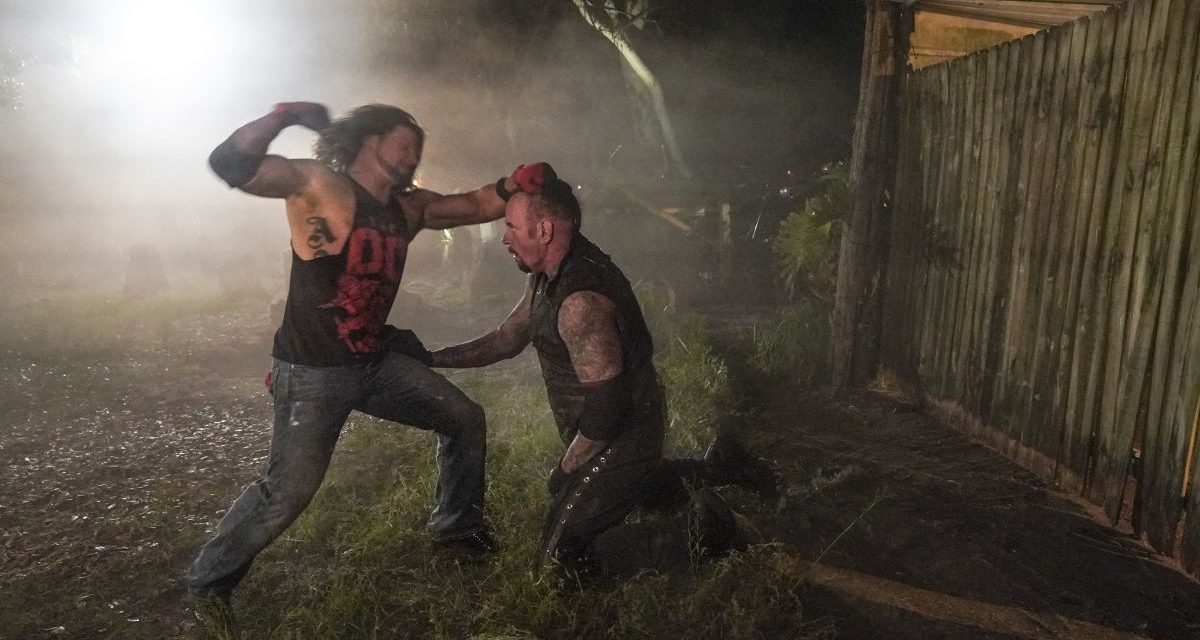 Twitter, for all its negativity — especially when it comes to American politics which I don’t care about in the least — is great fun to monitor during any wrestling broadcast to see what the wrestling community is saying.

Some of the running commentary is hilarious or can be at the George “The Animal” Steele level of the strange and bizarre.

During the Money in the Bank on Sunday, May 10, broadcast I read several Tweets suggesting the WWE stop staging traditional wrestling matches and only produce cinematic segments going forward.

Just like a paleontologist can tell a lot about a dinosaur from the bones they uncover, a lot can be determined about fans Tweeting such nonsense.

First of all, these people are NOT wrestling fans. They’re sports entertainment fans. The difference between the two camps is as wide as the Amazon River.

Simply put, sports entertainment fans only watch the WWE and the actual wrestling matches — the technique and skill on display — doesn’t top their list of priorities. They care more about the sizzle and not so much about the steak. Since they only watch the WWE they really aren’t true wrestling fans. It is why their observations, criticisms or thoughts on the industry, talent, matches or wrestling history are about as insightful as Renee Young’s commentary.

It is like someone who only watches romantic comedies giving a dissertation on the evolution of world cinema in the Information Age. Since their cinematic experience, knowledge and understanding is so limited, so too are their observations.

Always remember and never forget, all opinions are not created equal no matter what Professor John Kimball or Dolores Umbridge taught you.

Secondly, because these people are not true wrestling fans they don’t really have a clue as to what wrestling is or should be. What makes wrestling so special is that it is performers choreographing the majority of their matches on the spot and doing so live without a net. If they screw up, there are no do-overs. There is no editing room magic to hide their mistakes and flaws. That is all part of the experience and the excitement for the talent themselves and the live audience in attendance or at home. If you take those aspects away, you are removing what makes wrestling the unique art form that it is. You are eliminating what makes it so special to so many.

Cinematic segments or matches are not new to wrestling. Although it is a rarity, some segments or even some matches are shot and produced beforehand. You can safely bet that Braun Strowman rampaging backstage and tipping over a production truck was probably filmed earlier in the day to hide the showbiz magic. Mankind and The Undertaker’s Boiler Room Brawl from SummerSlam 1996 and “Rowdy” Roddy Piper and Goldust’s Backlot Brawl at WrestleMania 12 were presented with live action and prerecorded footage.

From 2014 to 2018, Mark Burnett of Survivor fame teamed with Robert Rodriguez’s El Rey Network to create Lucha Underground. Underground was a heavily produced, taped in front of a live audience. The difference between it and the cinematic segments the WWE has been producing is that Underground was rooted in the lucha libre culture which includes a lot of supernatural and fantasy elements. Lucha Underground didn’t really enhance or edit the actual matches either.

Although it had its hardcore fans and featured such talent as Konnan, MVP, Jeff Cobb, Fénix, Pentagon Jr., Chavo Guerrero Jr., Tommy Dreamer and others, it never grew beyond its cult following. The final season drew an average of 96,227 viewers per episode with the finale garnering 60,000 viewers down from the premiere which brought in 143,000 viewers.

As outrageously fun as those and other cinematic segments can be, they are not used very often because they remind the audience how scripted, how produced wrestling is. Pro wrestling is not an episode of The Flash, Jack Ryan or Money Heist and never should be produced that way. It should have more in common with a live Broadway performance than the latest CW superhero series. It should be raw, live action edited on the fly, and not a slickly-produced product methodically created in an editing suite somewhere.

In the last few months due to the world-wide pandemic we have seen the highs and lows of cinematic segments produced by the WWE. The Boneyard Match between AJ Styles and The Undertaker worked so well because of the supernatural nature of The Undertaker character, he has had these buried alive and casket matches before and at the heart, it had plenty or wrestling moves, action you’d expect to see in a WWE ring.

The ludicrous Firefly Funhouse Match may have been amusing to some but let’s be honest, it wasn’t a match and should never be considered one. It was a produced segment featuring all of the lame self-referential comedy and adolescent humour that the WWE has always been famous for. Sometimes it works, sometimes it doesn’t. It didn’t in the Firefly Funhouse at WrestleMania.

It is also what caused this year’s Money in the Bank matches to flop harder than Dennis Rodman’s wrestling career. The word that immediately comes to mind and is so simple but yet so fitting is silly. Now, don’t get me wrong. Although I report on and treat the wrestling industry just as seriously as I would any sport or beat, wrestling without humour is just so dull. Wrestling needs Toru Yano and Colt Cabana. Wrestling needs Steve Austin smacking that bedpan off Vince McMahon’s head. Wrestling needs The Rock singing “Happy Birthday” to Stephanie McMahon. Wrestling needs Kurt Angle driving a milk truck to the ring.

What wrestling doesn’t need is talent bumbling around like Looney Tunes cartoon characters for half an hour and being “thrown off” the roof of Titan Towers. It was ridiculous when it happened to The Giant at Halloween Havoc in 1995 and it was just a stupid at Money in the Bank in 2020.

Like any fictional spectacle, when we watch wrestling we are often asked to suspend our disbelief. What happened at Money in the Bank, though, is asking us to not only dismiss all reality but at the same time we are being asked to accept that these are real people competing in a sport, competition. That is not only incoherent but illogical. That isn’t mind-bending. It is reality breaking.

Cinematic matches have their place. Like the appearances of Stephanie McMahon though they should be few and far between or wrestling just isn’t wrestling any more.