New André bio proved to be a Giant project 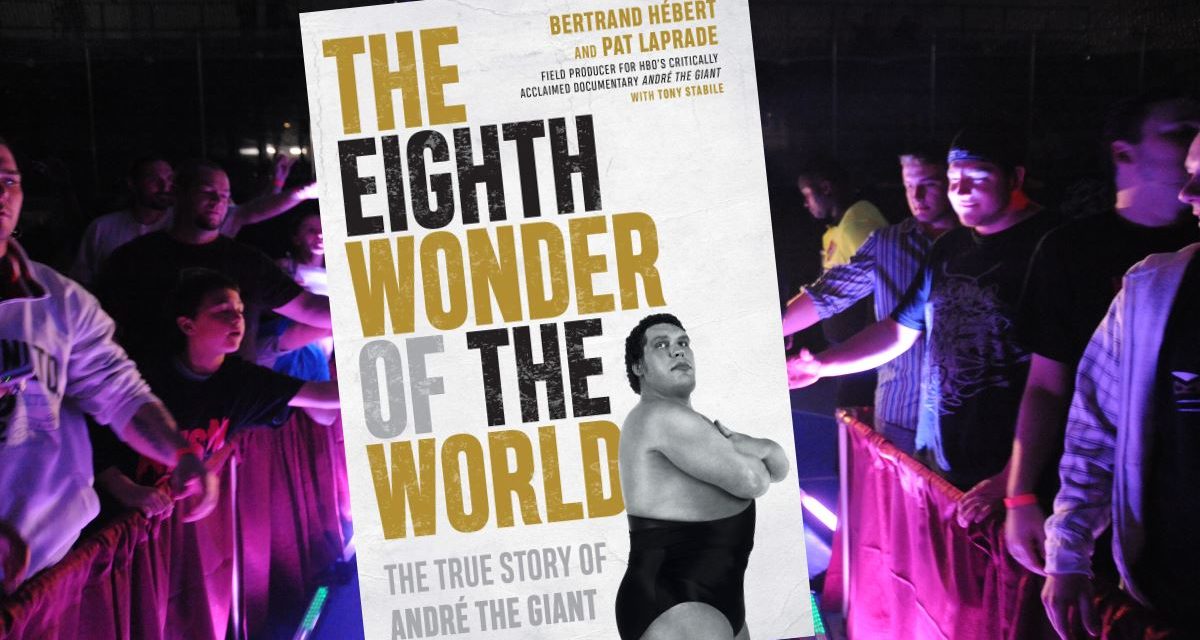 Bertrand Hébert and Pat Laprade had three “giant” goals while writing their latest book The Eighth Wonder of the World: The True Story of André the Giant:

2. To humanize André Roussimoff, better known as the late André the Giant.

3. To create the most comprehensive piece ever done on André.

The goals proved to be lofty and ambitious. To begin with, it must be understood that any time an author takes on the task of writing a biography of a professional wrestler, they have the unique challenge of separating a lot of fact from fiction. Professional wrestling is not a business known for its forthright honesty about what happens behind the scenes, especially during André’s time when kayfabe, protecting the secrets of the pro wrestling business, ran rampant. And in André’s case, the amount of legends and mythology to contend with and sort through was staggering. But after two years of writing, researching and interviewing André’s friends, family, and colleagues, the duo have indeed produced what has to be deservedly crowned the definitive biography on André.

This is not the first time that Hébert and Laprade have teamed up. The two, who have also been SLAM! Wrestling contributors, also co-authored Mad Dogs, Midgets and Screw Jobs: The Untold Story of how Montreal Shaped the World of Wrestling and Mad Dog: The Maurice Vachon Story. In addition, Hébert co-wrote Pat Patterson’s biography, Accepted: How the First Gay Superstar Changed WWE with Patterson. Laprade also worked as a field producer on 2018’s acclaimed HBO documentary, André the Giant, and co-authored Sisterhood of the Squared Circle: The History and Rise of Women’s Wrestling with Dan Murphy. It should be noted that with French being the first language for both Hébert and Laprade, Tony Stabile is credited on André’s biography for taking on the role of reviewing the text and ensuring that it was written in proper English. However, the authors point out that Stabile did not create any of the content in the book, which came out on April 14, 2020, from ECW Press.

So with a project of this magnitude, where does one even start? According to Hébert and Laprade, having worked together before was an asset that allowed them to understand each other’s strengths and divide up the workload easier.

“That whole time period from the late ’70s to the end of his (André’s) life, that’s the period I lived through,” explained the 49-year-old Hébert, who resides in Beauharnois, Quebec, during a phone interview with SLAM! Wrestling. “I was a big fan! I followed everything. I have tons of newspaper clippings and different things so that’s the part that I know the most, so that’s the part I took over.”

He added, “Pat started from his (André’s) early days and the background of the family up to the late ’70s or so. And because Pat’s strength is more research of the more obscure details, that’s where he went to work. And I went to the more known stuff, but I was always trying to find an angle or quote or something that is not well known.” 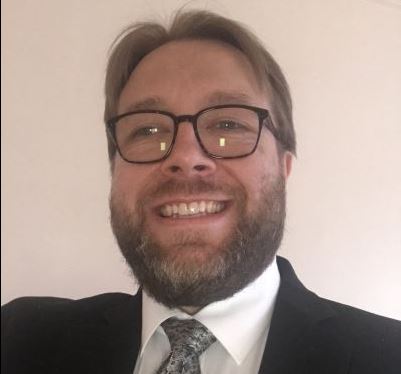 Along with the research, the pair conducted a multitude of interviews to complete the book.

“We talked to people from all the territories that André worked,” offered the 43-year-old Laprade over the phone from Montreal. “We talked to most of his friends in the business that were still alive. We spoke to people in his family and some close friends of his that weren’t involved in pro wrestling. We spoke to people in Japan. People that covered Mexican wrestling. People that covered European wrestling when André was there. So we pretty much talked to everyone from every territory, from all kinds of circles from wrestling, from all over the world to make sure we had the most complete portrait of André.”

Laprade continued, “It was very, very important to us. And why it was important was because too many times, the stuff done on André didn’t cover everything and they all have their reasons I guess, but we wanted to have the most complete piece done on André.”

According to Hébert, the only person they were not able to speak with was André’s only child, daughter Robin, who declined because the book is not officially endorsed or authorized by the company that licenses André’s likeness and name. But due to the participation of André’s nephew, Boris, other members of André’s family, including his brothers, contribute their unique perspectives, photos and family history.

“It was essentially Boris, who lives in Montreal, who was very instrumental in opening up the rest of the family to the project,” emphasized Hébert. “He gave himself a mission of being the one that was going to keep the memory alive and there was no better way for someone to put a book together that is much more complete and goes beyond all the legends than having them for our book.”

He added, “Also being French made it easier, not a lot of them (André’s family members) actually speak English so that opened up a lot of interesting details about the kind of kid (André) was and how he kept that world of wrestling away from them. They are the only ones who truly knew André Roussimoff. I think it is cool to see all the (pro wrestling) legends and make sure all their stories are in the book, but when you can go beyond that, it makes it even better. Those stories when you can see the real man, hear about the real person, it makes everything better!”

In addition to the English book, which is the version this writer had the opportunity to read, there is also a French language version. The release of that version of the book has been postponed due to the current outbreak of COVID-19. According to Laprade, the French version of the book will differ slightly from the English as the authors went into more details about facets of André’s life such as his time in Montreal and subsequent appearances on local talk shows and sitcoms there, that will have more relevance to readers from Quebec than to those from other parts of the world. This version of the book also features an epilogue written by former wrestler and friend Pat Patterson. Just a note for those readers who are unaware, Canada is a country with two official languages: English and French. The province of Quebec is predominantly French speaking. Like the authors, André’s first language was French, so Quebec, in particular Montreal, became like a second home to André. And André’s special connection to Quebec continues to resonate with wrestling fans there today. 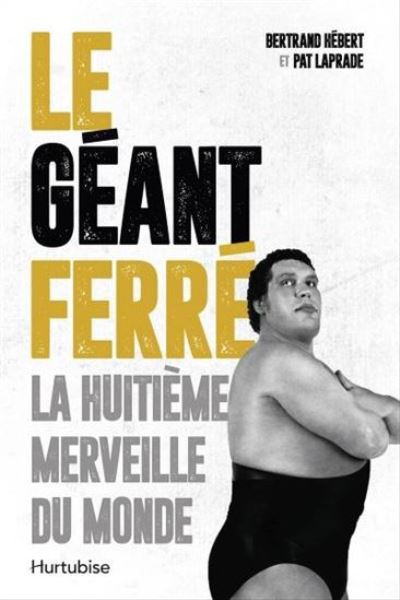 Added Laprade, “The thing that would be hard to understand to even English speaking Canadians is that the language here is very, very important and history shows that if you speak French whether you are from France, Belgium, Africa or Quebec, you’ll get over here. People will like you. People will like you more easily. And you don’t only see that with wrestlers you see that with singers and entertainers and all that. André wasn’t here for long (not even two full years) when you look at it, but his impact was so big that everyone remembers him.” 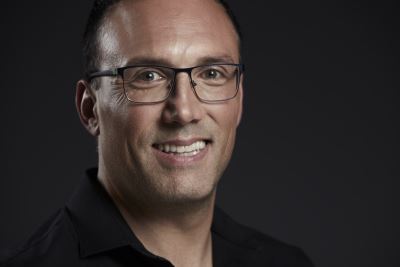 The end result is an almost 500-page tome that while still having the expected chronological journey of André’s life, the authors also expand and break with tradition by exploring subjects including the history of pro wrestling in the many places all over the world where André wrestled, discussing some of the more “unmentionable” topics surrounding André such as the curiosity surrounding the size of his genitalia and there’s even an entire chapter on acromegaly, the hormonal disorder responsible for André’s immense size. With the countless hours of work behind them, the passionate authors look forward to finally sharing the real story of André with readers.

“People see him as this big wrestler who had a million drinking stories,” reflected Laprade. “But he (André) wasn’t always drinking for fun. He was drinking because at the end of his life it was helping him, it was helping him with the pain (due to acromegaly and pro wrestling). He was also lonely in a sense and I want the readers to understand how sad and difficult his life was and all the sacrifices he made to be able to continue to entertain fans all over the world and how his dreams impacted his life, his career. We tried to humanize André the most we could in the book. I hope that the readers can actually see a side of André that they didn’t see before. If we can achieve that, I’d be happy.”

Added Hébert, “I just love that concept that nobody is going to take anything away from André the Giant. (Despite the facts uncovered by their research) he will always be 7’4″. He will be undefeated. He was amazing. He was the most incredible character this business has probably ever seen. And the fact that we are going to be done trying to explain some of the legends and the truth behind some of the stories, I don’t think they take away anything from that! I made the clear distinction in my mind between André the Giant the character and André Roussimoff. I think we found some sort of balance to tell both stories and to have them be together without one hurting the other.”