Sometimes even the Cerebral Assassin can be the last one to know.

According to Triple H, he had no idea that Charlotte was going to challenge Rhea Ripley at WrestleMania.

“It was shocking to me when it was first mentioned to me. I believe this was just a decision on Vince’s part understanding where the other WWE women’s stories are going,” he told the media in a conference call following the NXT: TakeOver Portland show. 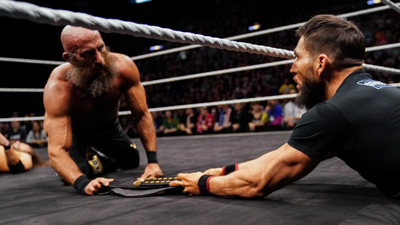 Tommaso Ciampa and Johnny Gargano are at it again. Photo Courtesy: WWE.

The WWE’s Executive Vice President of Talent, Live Events and Creative as well as the mastermind behind the NXT brand had nothing but praise for not only Ripley but Bianca Belair who fought Ripley for the NXT Women’s Championship at TakeOver: Portland.

When Charlotte battles Ripley for the title at WrestleMania it will be the very first time an NXT championship has been on the line at the Showcase of the Immortals. It is something that makes HHH proud. 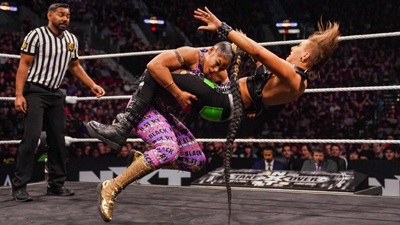 “It is incredible to see how far both of them (Belair and Ripley) have come. I am thrilled for both of them. Having that moment of time with Charlotte at WrestleMania is going to be incredible for Rhea,” he said.

In the call, HHH also addressed and confirmed rumours about the WWE possibly selling the rights to their pay-per-views to another established streaming service.

“WWE is saying we are open for business and we are exploring those options at all times and they are there and they are real. We are just waiting to see what the best fit for everyone is and the best value for our fan base,” he said.

Swerving back to Sunday’s show, HHH spoke about its conclusion which reignited the feud between Tommaso Ciampa and his former tag team partner Johnny Gargano. Their feud has gone off and on for two years now ever since Ciampa attacked Gargano after losing to the The Authors of Pain at NXT TakeOver: Chicago dissolving the DIY tag team.

“It has always been a rarity in this business when you can keep anything going on that long. There are moments in time when things are so good and there is a truth to it not only in front of the cameras but behind the cameras. When people are on the same page it is epic and when they are across the ring from each other it is epic as well,” he explained.

HHH is also pumped about the popularity and success of The BroserWeights.

“You don’t have to be a genius to look at Pete Dunne and Matt Riddle and think they would be good together. They are both so spectacular on their own. They also both have such a different style that could be especially awesome or they just don’t gel,” he said of the process.

HHH attributes their success to them, well, just being themselves.

“The personalities are so different. Pete is quiet. He is different than the way you see him on TV but not that different. Matt is not that different from the Matt you see on TV either. When we saw them together there was this odd couple chemistry that was way better than we thought it would be,” he said.