Triple H conducted a media conference call on Wednesday to chat about NXT TakeOver Portland, but also covered topics that ranged from the Wednesday Night television war between NXT and All Elite Wrestling (AEW), as well a NXT talent development, The Rock’s daughter signing with NXT, and commented a little on Vince McMahon.

HHH, or more formally, Paul Levesque, WWE’s Executive Vice President of Talent, Live Events and Creative and Senior Producer for NXT, opened the conference call by outlining Portland TakeOver, taking place this weekend, acknowledging its uniqueness as one of the few NXT TakeOvers performing as its own entity, versus being placed on a weekend along with a WWE Big Four pay-per-view (PPV). He talked about a “stacked” TakeOver, touting a “bigger” card than usual, almost like a “Mania-type” card (for the NXT brand, that is). 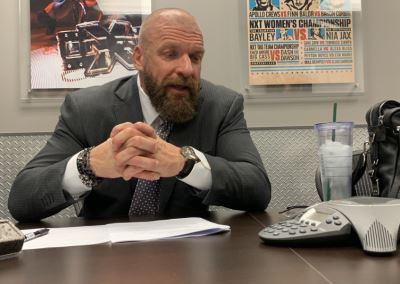 Triple H on the conference call on Wednesday with the media. Twitter photo

He would move on to address a question surrounding the NXT versus AEW “Wednesday Night War” and how the brand is falling behind in the ratings, overall.

“It’s all about the long game,” Levesque started off. He’d continue to say, “what we have to do is get to the people in the younger demos. When you’re promoted in younger demos and you are viewed in those younger demos promotionally, then those are the people that you attract.”

Levesque relayed that overall, he was happy where NXT was at when it comes to its USA Network Wednesday night broadcast; he’s happy with its trajectory currently, and the plan is to continue to move it in a direction where the company wants it to go.

HHH also commented on the recent NXT signing of Simone Johnson, who also happens to be “The Rock” Dwayne Johnson’s daughter. When asked about giving her potential advice, Triple H stated that there wasn’t any advice he could give her that her mom and dad haven’t already told her, as they will know first-hand the challenges she will face having the asterisk of “The Rock’s Daughter” next to her name in wrestling.

“I don’t envy that position,” HHH stated, adding, “when she tries to do this, the spotlight is so incredibly bright that you have to be a strong person.” 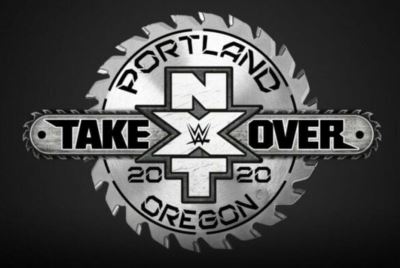 Levesque pointed out that one of the only people who may understand what Simone is dealing with and that could relate, is Charlotte Flair, as despite her tenure in this business, she still gets criticized on her accomplishments in the industry, where some on social media state she is given opportunities because of who her father is, the legendary Ric Flair. Levesque relayed that the fact of the matter is that Charlotte works hard for all that she is given and has earned all her own opportunities.

The subject of Keith Lee and his recent successes, as well as spots in the Royal Rumble against Brock Lesnar and Roman Reigns came up, and the potential of having him move to a Monday Night RAW or SmackDown. Levesque dove into NXT development in general, and listed Lee, as well as Bianca Blair, Velveteen Dream, and Tommaso Ciampa as talents that have experienced successful moments, and how the process around development is not only to ensure that they are “ready” for RAW of SmackDown, but to also set them up for long-term success; weighing in what brand they would most experience success in, as each brand is slightly different. He also noted that Vince McMahon has the final say on this, and always has.