For all the entertainment in the ring that he provided to fans throughout his lengthy career, the late Rocky Johnson’s final public action, writing his autobiography, has been a disaster. The book has been pulled from shelves and its author has proved background into Johnson’s refusal to pay the full amount owing.

Soulman: The Rocky Johnson Story, was officially released on October 15 by ECW Press, a publisher based in Toronto, Ontario. It has quietly been removed from the ECW Press website and will no longer be sold to distributors and bookstores. In a conversation this week, an ECW Press employee, who requested not to be identified, said that a decision has not been made beyond that.

At question are a number of factors, first and foremost how Rocky Johnson dealt with his co-author Scott Teal.

Teal is the man behind Crowbar Press, which has published dozens and dozens of autobiographies and record books, preserving pro wrestling history; he also was the publisher of the long-running Whatever Happened To …? newsletter. This was his first book with a traditional publisher, rather than self-publishing under his own imprint.

Johnson sought out Teal after going down the road with a couple of other authors, including New York’s Seth Turner, who is currently a key player in the launch of the International Pro Wrestling Hall of Fame, and SLAM! Wrestling Producer Greg Oliver.

Teal and Johnson had a deal to write the autobiography, but not anything in writing as a contract. In their initial discussions, Teal and Johnson agreed that all advance money and royalties would be split 50/50.

ECW Press was not involved in their deal, and the publisher had a contract solely with Johnson. This is not uncommon in the writing business, particularly because Johnson was still a Canadian citizen and a Canadian publisher can take advantage of grants and tax breaks if it chooses. Teal is an American, living in Tennessee. 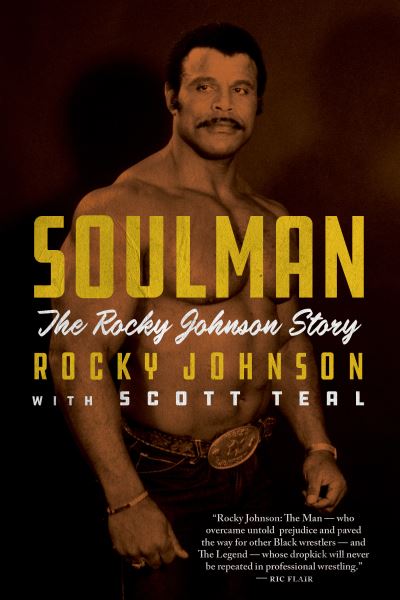 Over four months, Teal did a total of 46 interviews with Johnson, much research into his life and times, and wrote up the manuscript. It was Teal that worked with the editors and layout staff at ECW Press to finish the book, and he was also tasked to collect some of the photos that appeared in the book, two of which were personally taken by him.

The foreword of the book is listed as being written by Dwayne “The Rock” Johnson, one of Johnson’s three children. Teal said in a Facebook post that he never talked to The Rock once, and that he has audio interviews with Rocky Johnson that give the blessing to write his son’s words.

Shortly before the book hit shelves, Teal received a letter from John B. Crowther, attorney at law in Orange City, Florida. The letter, dated August 30, 2019, acknowledges that Teal was hired and paid with the writing of The Rocky Johnson Story, but “be advised that your obligations to the said autobiography have ceased, as have all entitlements to any past, current, or future payments with regards to said autobiography.”

By their verbal agreement, Johnson owed Teal half of his royalty money paid by ECW Press, which would have been paid in three parts, the final third coming shortly after publication.

ECW Press was informed about the lawyer’s letter, and any attempts to get Johnson to finish his payment to his writer failed.

According to a source at ECW Press, there were other issues with Johnson, aside from the failure to pay Teal, that resulted in the decision to pull Soulman: The Rocky Johnson Story.

Teal has kept relatively silent on the issue but the death of Johnson on January 15 and the subsequent references to his recently-published autobiography have prompted Teal to clear the air.

Full disclosure: Greg Oliver had an ECW Press contract with Rocky Johnson to write his autobiography before the work with Teal began, but Johnson ended communication over the book deal, and never signed his copy of the contract. Oliver and Johnson never talked again. Oliver did, however, provide research material to Scott Teal for the project, for a small fee, out of respect for all Teal’s work through the years. Teal and Oliver have worked on numerous projects together through the years.