David Penzer’s life reads like a movie script — young kid has a dream and then is able to achieve it as an adult through hard work and some luck.

Penzer’s dream was to get a job in the pro wrestling business. His first exposure to pro wrestling was by accident. “I was 11 years old. We had a cousin living with us who was a huge wrestling fan,” remembered Penzer. “He told me to turn on Championship Wrestling from Florida. I saw guys like Dusty Rhodes, Ox Baker and Superstar Billy Graham. I have been hooked ever since.” 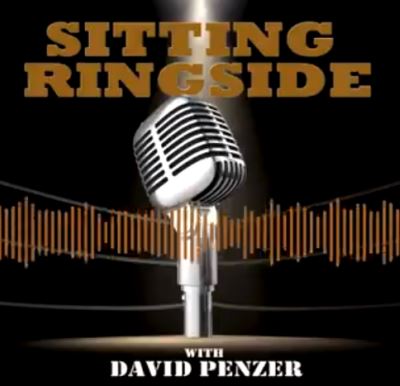 He would see his first live match shortly thereafter. “My Dad took me to the Fort Lauderdale Armory. The main event was Ox Baker and Ernie Ladd.”

Eventually, Penzer became more enamoured with the business than the wrestlers. At 5-foot-6 and not blessed athletically, he was realistic that his entry would not be as a wrestler.

Penzer did develop skills starting up a DJ business that did weddings and also appearing local radio.

A set of perfect circumstances allowed him to get a foothold into pro wrestling. “Around the time that wrestling became hot with Hulk Hogan, there was a group started up in Florida called Global Wrestling Alliance. They hired Dr. Red Roberts to run it. He was an indy wrestler with a psychologist gimmick. He also was a legit psychologist,” said Penzer. “My Dad was a psychologist and met Dr. Roberts. He mentioned I was a huge wrestling fan and had the background as a DJ. I got to do some ring announcing on spot shows that they ran.”

Global Wrestling Alliance also had hired Bob Roop as booker and Larry Malenko — a.k.a. The Great Malenko — as consultant/trainer for the wrestling school. Penzer lived nearby the school/offices of Global Wrestling and would spend many hours listening to Malenko talk about the business.

Eventually, Global Wrestling Alliance went out of business and Penzer bought the ring with Roop. They promoted indy shows until Roop got a call from Ole Anderson who was, at the time, the booker of WCW. Roop was offered a road agent position.

Roop did not forget Penzer. “Bob offered me the chance to bring up enhancement talent from Florida for the WCW tapings in Georgia,” commented Penzer. “I didn’t get paid by WCW but each enhancement guy gave me a $25 dollar booking fee. I also got to meet Jody Hamilton, who was in charge of the enhancement guys. I ran guys up from Florida for a couple of years. When I was at the tapings, I tried to make myself useful doing whatever they asked me to do. Junkyard Dog called me ‘Walkin’ Man’ because I was always doing something.”

Another break for Penzer occurred in 1995 when lead ring announcer, Gary Michael Cappetta quit WCW. Penzer became lead announcer just as WCW Nitro was about to ramp up. “I remember the first Nitro on September 4, 1995,” said Penzer. “We weren’t sure what was going to happen as it was the first time we went head to head with WWE. Having [Lex] Luger show up was a great thing because the fans didn’t know that was going to happen.” 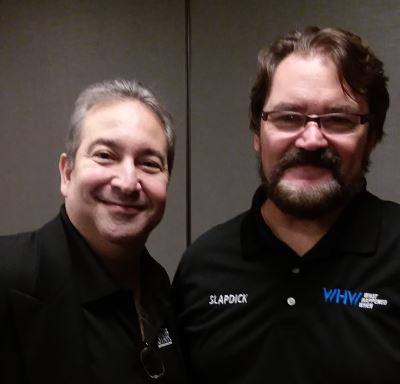 Penzer had a front row seat for every edition of Nitro. “If I had a 103 degree temperature, I showed up. If I had an anxiety attack, I was there,” stated Penzer matter-of-factly. “Frankly, I did not want to give up my position and give someone else the opportunity.”

During that six-year run, Penzer saw some of the greatest moments in wrestling. “I thought the entrance of Scott Hall in Macon, Georgia, was brilliant. Also, when Ric Flair rejoined the Four Horseman was a highlight.”

Of course, once the New World Order (NWO) took off, things reached a whole other level. “At its peak, I was on the road 25 days a month. We went from playing mid-size arenas to the Astrodome and Georgia Dome.”

The rise and fall of WCW has been documented in numerous books and documentaries. Penzer has his own opinions on why it failed. “People’s egos started to get in the way. Millions of dollars were involved so you can’t blame them. Also, when Time-Warner/AOL took over, the writing was on the wall. It wouldn’t have mattered if we were the number one program on television. They didn’t want to run a wrestling company.”

Penzer has recollections about the last WCW Nitro taping in Panama City, Florida. “It was a sad atmosphere. Guys didn’t know if they would have a job the next day. I decided I was going to put everything into the show to make it a great experience for the fans. On the way out, Shane McMahon said I had done a great job.”

Although Penzer would never ring announce in the WWE, he did keep active in wrestling post WCW. He was involved with the failed XWF and also served as Roddy Piper’s road manager for a book tour in 2002. Most prominently, Penzer was a ring announcer for TNA wrestling from 2005-2010 and again in 2017. Post WCW, he also worked as an entrepreneur and currently works in real estate.

Penzer has also re-entered the world of wrestling with his podcast Sitting Ringside. “When I was approached to do a podcast, I didn’t even know what they were. A few years in, I am having a blast and our numbers keep growing.”

His connections in wrestling are obvious from the guests who have appeared on the show. Some of the more notable names include Terry Funk, Eric Bischoff and Lex Luger.

Speaking with Penzer, he seems happy with his place in wrestling. “I was able to achieve my childhood dream and work during one of the most exciting times in wrestling. Everything after that is just gravy.”