Kobe Durst started his professional wrestling training at 15 years old. Now at 23, he has two years left to complete one of his career goals.

“I’ve always said I want to be signed to something by the time I was 25,” said Durst, who got his start in the greater Toronto area. 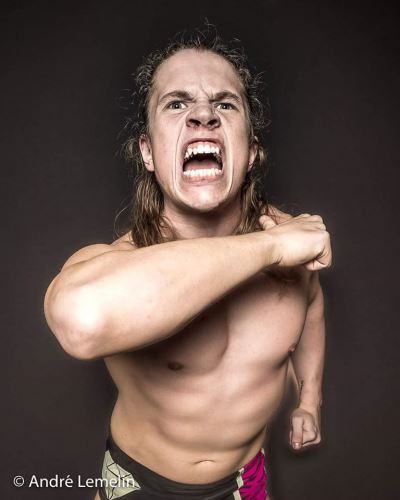 Durst said he believes his best shot would be with IMPACT Wrestling, where his mentor, Ethan Page, has been signed since 2017.

When Durst started training, he said, he picked up the movements sooner than most.

“All the rolls, I picked up really fast,” Durst said. “All the moves I could do first try. I just got everything a lot quicker than other people.”

Durst initially trained at Squared Circle Wrestling with Rob Fuego but has since labeled Page as his trainer.

“And as long as he really sees the hard work and effort being put forth, he does everything he can to help, and a lot of that’s been through Alpha-1, which is up in Hamilton.”

To Durst, Page was the “most successful guy in Ontario” that he could feasibly reach out to for advice.

Page himself considers Durst one of the “up-and-coming wrestlers” from Canada.

“I would put him on a very short list of people that I can bank on having a good career and success in America in the next couple of years,” Page said. 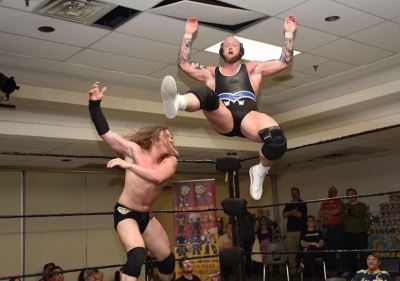 BREAKING INTO THE STATES

It took Durst about three to four years to break out of the Ontario scene and make appearances in the United States.

“I wanted to make sure that I had a product I was happy with,” Durst said. “So, part of that was just, I was in high school and then college, so I had to finish that stuff. I wanted to make sure I had a job that allowed me to take all the bookings that I wanted, not just most. And just that confidence in the ring.”

The first company Durst worked with outside of Ontario was Freelance Wrestling in Chicago.

“You can mess up a lot in front of your hometown and stuff, and maybe you’ll get a stigma to you,” Durst said. “But you don’t want to have to try to restart when you start coming out here. You only get one chance at a first impression.”

Durst now competes for about five or six U.S. companies on a regular basis.

Throughout his career, Durst has tried on various styles in the ring, but one fit better than the rest. Durst likens his style of wrestling to the “super indy” version that has emerged in recent years.

“Maybe back in the day, a piledriver might have finished a match,” Durst said. “For me, maybe it just is a bump on the head.”

It took about four years of in-ring characters to find the “niche” he was happy with, and a pair of iron-man matches with Josh Alexander, also now signed to IMPACT, set that path in motion.

Durst points to feuds with Page at Black Label Pro, Rickey Shane Page in Alpha-1, and Mathieu St-Jacques at C*4 as ones that have helped define his career. All three centered around the respective company’s main title.

“It kind of puts you up on a pedestal right away,” Durst said. “They all had kind of beef before, smaller matches leading up to bigger grudge matches and eventually seeing the big bumps that people usually want to see me take.” 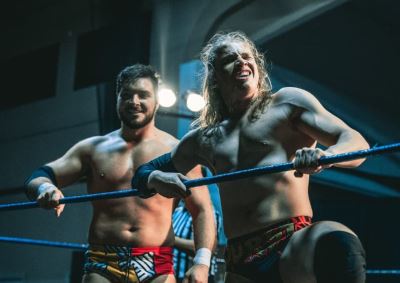 Page said that while Durst’s social media presence could be improved, Durst’s focus is more in the ring. Page, who has booked the two against each other, also likened Durst to Alexander, Page’s partner as The North in IMPACT.

“I think he’s the next generation’s version of that, where he does all his talking in the ring and he has the skills and abilities to impress people in between the ropes,” Page said. “And obviously focusing on character work and presenting himself in a different way in advertising and stuff will just help bring awareness to him. Every time someone sees him in the ring, he’ll make a new fan.”