On December 10, the New York State Board of Regents approved a provisional charter for the new hall. A press release detailed the mission statement:

“The International Professional Wrestling Hall of Fame is a not for profit entity formed to preserve and honor the history of professional wrestling from around the world,” it reads. “Special attention will be given to ensure the contributions to professional wrestling by individuals from various backgrounds and diverse cultures will be highlighted in the establishment.”

Seth Turner is the president of the IWPHF. A long-time wrestling fan, with 20 years in school administration in New York State as his profession, Turner met with Vellano back in July. Vellano shared an idea he had, inspired by Bradley Craig and his Professional Wrestling Hall of Fame for Scotland, for an entity that would celebrate the international breadth of the sport. 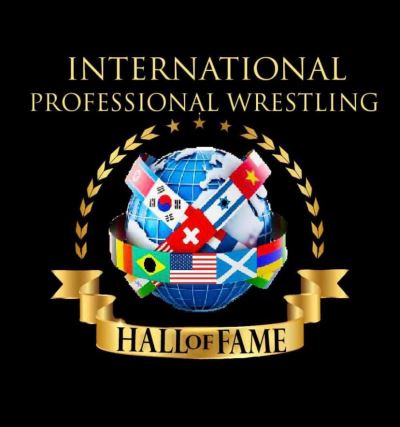 Turner was intrigued. “I walked away from that meeting motivated, and didn’t know the first thing about how to even fill out the paperwork,” Turner told SLAM! Wrestling. “It took several months of just compiling a wealth of paperwork. You needed to have the charter documents, an ethics policy, policies on how you would maintain collections. There was reams and reams of paperwork that needed to get put together. But that’s what I did through July and August, and in early September we finally mailed in the packet of information, and went from there.”

Vellano can’t help but be nostalgic for the Pro Wrestling Hall of Fame, which opened its doors in 2000 in Schenectady, New York, and later in Amsterdam, New York; it moved to Wichita Falls, Texas in 2016. He’s on board with the IPWHF as vice-president. “I’m going to try to copy the playbook I used,” said Vellano, now retired from the family business, Vellano Bros. Inc., which primarily deals with waterworks construction. “I have nothing. I have a charter and I got it today. It’s kind of funny because December 17 of ’99 was when I got the other charter and it’s the 10th today that I get the charter, so it’s almost 20 years to the day.”

Both Turner and Vellano miss the fun and camaraderie of wrestling fans gathering for induction weekends in upstate New York. There were fundraising dinners from New York City to Toronto for the old PWHF.

“When the Hall of Fame was in Amsterdam, it was at least accessible in the northeast, and since it left, there’s been a void,” said Turner.

With the charter in hand, the IPWHF can can set up its not-for-profit status and begin fundraising. Turner said that some things are planned but can’t be announced yet, and noted that there is are one-year, five-year, and 10-year plans. He mentioned that negotiations are under way for a building, but are they are listening to other offers as well. The rough plan: Raise the funds, secure and renovate a building, get prepared to open, and then have an induction event in a year and a half

“We want to really highlight the international aspect,” said Turner, noting the different wrestling around the world, from Japan, Mexico, New Zealand, Australia, Canada, the United Kingdom, South America, and in the United States.

“These things need to get highlighted and I think we also need to embrace the diversity which has really been around professional wrestling for a long time, regardless of race, colour, creed, religion, gender, or sexual orientation, you’re welcome in that community, and I think we want to have a Hall of Fame that really promotes that,” said Turner.

Vellano has not been involved with the PWHF since it moved to Texas, and declined to talk much about his relationship with the people currently running it. He prefers to look ahead.

“I’m a guy that gets bored with things. I have to start new things,” said Vellano. “I’m not going to leave this Earth with being so involved in wrestling the way I was, and let my legacy be what’s in Texas—that’s not my legacy. I’m going to leave this legacy with something even bigger and better than it was.”

For now, there’s a Facebook page for the International Professional Wrestling Hall of Fame.

Greg Oliver is the Producer of SLAM! Wrestling. For the record, he helped run six Titans in Toronto dinners that were fundraisers for the Professional Wrestling Hall of Fame. Greg can be emailed at [email protected], and you can follow him on Twitter @gregmep.