Getting the call to cook, WWE style

If you really think about it, food has been the catalyst for many a memorable moment in professional wrestling. There have been backstage food fights. Don’t forget the special occasions, such as weddings, which predictably result in someone covered in celebratory cake. There was the time Vickie Guerrero retired from the WWE (World Wrestling Entertainment) by throwing Stephanie McMahon into a kiddie pool of pudding. Currently, the team of The New Day enjoy throwing pancakes at fans and opponents.

It’s only fitting then, that the WWE pay homage to all things edible with its latest cookbook, The Official WWE Cookbook. Readers might recall there were two previous Jim Ross centered cookbooks released by the WWE: 2000’s Can You Take the Heat? and 2003’s J.R.’s Cookbook. For this edition, published by Insight Editions, there’s no Ross, instead the author/creator is Allison Robicelli, a chef, cookbook author, podcaster and restaurateur. But wrestling fans should not view Robicelli as an unwelcome outsider. In addition to being in the culinary industry for the last 16 years, Robicelli is also a wrestling fan, with the late Chyna and Macho Man Randy Savage being among her favorite superstars. For the wrestling fans who are also foodies, Robicelli has a previous James Beard nomination for food writing. (For those not in the know, winning a James Beard award is at least 1,000 times more prestigious than winning a battle royal at WrestleMania!) 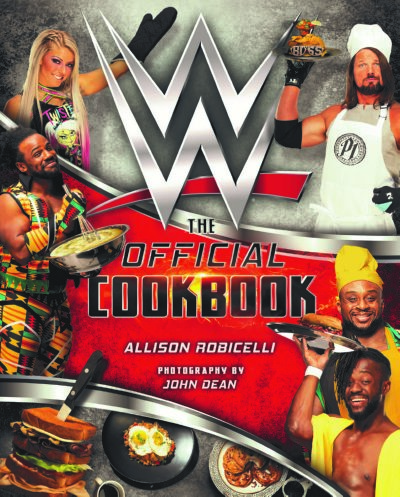 Robicelli was recommended by a friend for the cookbook when the publisher went seeking out a potential author through a food writer networking group.

“When I got the message, it was funny,” recalled the 38-year-old Robicelli, who currently resides in Baltimore but is originally from New York City, in a phone interview with SLAM! Wrestling. “I was driving my kids; I was driving carpool that day so I had my two sons and three of their friends in the car which is already too many kids to fit in the car. They were playing ‘John Cena’ in the backseat. For everyone, ‘John Cena’ just means you hit each other screaming, ‘John Cena!!!!’ That’s the game! And I’m in the car and I’m trying to respond to this message and I’m like, ‘Everybody shut up! I’m talking about the real John Cena now! Stop hitting each other!'”

Robicelli immediately agreed to take on the challenge for a multitude of reasons.
“I was like, I have to do this for my kids,” she revealed. “My kids are going to think this is the coolest thing and we can actually work on it together. And then I got to really start watching wrestling again and seeing the way that women’s wrestling has changed now, it’s like, ‘Oh my God, this is great!’ So, I mean, I’m a fan of the women, I’m a big fan of the women. I’m a big fan of what’s happening right now. Seeing the women now, they are being treated as athletes and the work that they are doing is outstanding.”

She emotionally added, “It kind of makes me tear up a little bit because I remember being a little girl and I remember watching GLOW (the Gorgeous Ladies of Wrestling TV show from the ’80s, not the Netflix version) and I remember what the girls looked like back then and I remember kind of even when I was into it in high school, we knew where our place was and now seeing us headlining WrestleMania. I never thought it would happen. It’s not staged as a cat fight; it’s not staged as something sexy. It’s real and you see hundreds of thousands of men standing up and screaming for these girls because they are strong. Oh my God, I just have gotten so many chills from that and my husband and my kids just didn’t understand what a big deal that was for me. It’s a great time to be a woman who likes wrestling and it’s a great time to be a woman to get back into wrestling. It was just kind of the perfect time for me.”

For those who haven’t had the pleasure, talking with Robicelli is an experience of hilarity. She incorporated this same energy into the creation of the cookbook. Her husband, Matt, who is also her business partner, and their two aforementioned sons, all had input into the recipes, especially the names as they love their puns, and with keeping the instructions simple so everyone could participate in the kitchen. The result is a book of over 75 recipes spanning the categories of Breakfast, Snacks and Appetizers, Soups, Salads and Sides, Main Dishes, Desserts and Beverages and Cocktails. And of course, it features “pun-tastic” recipe names such as Nacho Man Randy Savage, Ba-Quiche-Ta, Oh Hell Yams, Braun Stroganoff, DD-Peas and more!

“The Macho Man recipe was I think the first thing we came up with,” confessed Robicelli, who also revealed it is her favorite recipe in the book. “It very well could be the reason I chose to do this book because he was my favorite wrestler of all time growing up. I mean sometimes my husband and I will just walk around and say, ‘Oh yeah!’ because its fun. So, my husband and I, we have the same brain and we look at each other and we’re like, ‘Slim Jim chili!’ And we can’t say Slim Jim in the book, but ya’ll know what we’re talking about. It’s so good and it’s so bad for you and like we made it and we looked at each other and said, ‘We can never make this again because this is all we are going to want to eat and we are going to eventually die from this chili and we would actually be kind of okay with that!'”

Robicelli and her family of co-authors had ample freedom in creating the book. No WWE Superstars contributed any of the recipes, they are all theirs. Her only contact with anyone at the WWE was through the publisher. According to Robicelli, the WWE did contribute a list of “really, really great ideas” for recipe names that she drew a lot of inspiration from. Robicelli pointed out that she and her husband can write recipes really fast, so it took about a month to test and retest all the recipes. 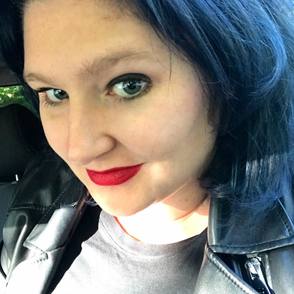 The laughs continued all throughout the creation process. One memorable occasion for Robicelli was when Matt and his friends ate an entire batch of the John Cena’s Fruity Pebbles Treats she had just made and left in the fridge.

“These middle-aged men had devoured them in maybe five minutes,” she said laughing. “Between three guys! This wasn’t at a party; this was three guys devouring an entire tray in like no time flat. I’m like you guys are supposed to eat one, not all of them! This is not good for you, you are adults!”

After taking a couple weeks off, it was then on to food styling and photography with John Dean, who according to Robicelli was also a fan of the Macho Man chili as he resorted to licking it out of the pan after shooting. Robicelli is quick to pick out her favorite shot in the book. For the Andre the Gyro recipe, there is a giant hand, which actually belongs to Matt, who stands at 6’6″ and weighs about 350 pounds, holding a little fork over a gyro that sits on a tiny table and chairs reminiscent of those you’d see on display during hardcore wrestling matches. The photograph was in fact inspired by a real-life connection the couple has to Andre.

“In real life, one of Andre the Giant’s favorite restaurants was a place called Le Rivage in Manhattan. And we knew this because the chef/owner (Paul Denamiel), is one of our closest friends. His Dad started this French restaurant years ago and he’s now running it. And Andre used to come in all the time and there’s a very famous photo of Andre holding a beer and the beer kind of looks like a tiny, little mini can in his giant man/bear paws. So, for many years, he (the chef) had this obsession of taking very tiny things and putting them in Matt’s giant hands and taking pictures of them.”

After the photos came the edits, and then the waiting for the book to be released. “It’s a lot of hurry up and wait when you’re writing a book,” declared Robicelli. The book was finally out in March 2019 and for Robicelli, it was worth the wait.

“Really the whole thing was such a joy,” she reflected. “You didn’t have to really obsess and take things far too seriously and I just loved the entire process. I’m really proud of the book. I love the idea of people making memories about it. There are cookbooks that you cook from for yourself and this is really a book where you’re cooking from for other people, for having friends over, or to do something with your friends as a project or with your kids. And I think that’s the most fun thing about it. It’s not about my story, it’s the stories that you guys come up with while you’re using it.”

But naturally, Robicelli had to get in one final laugh.

“As good as the book is,” she joked. “I hope I never have to eat anything from it again! This is not a glamourous job, people! It looks glamourous but it’s not.”