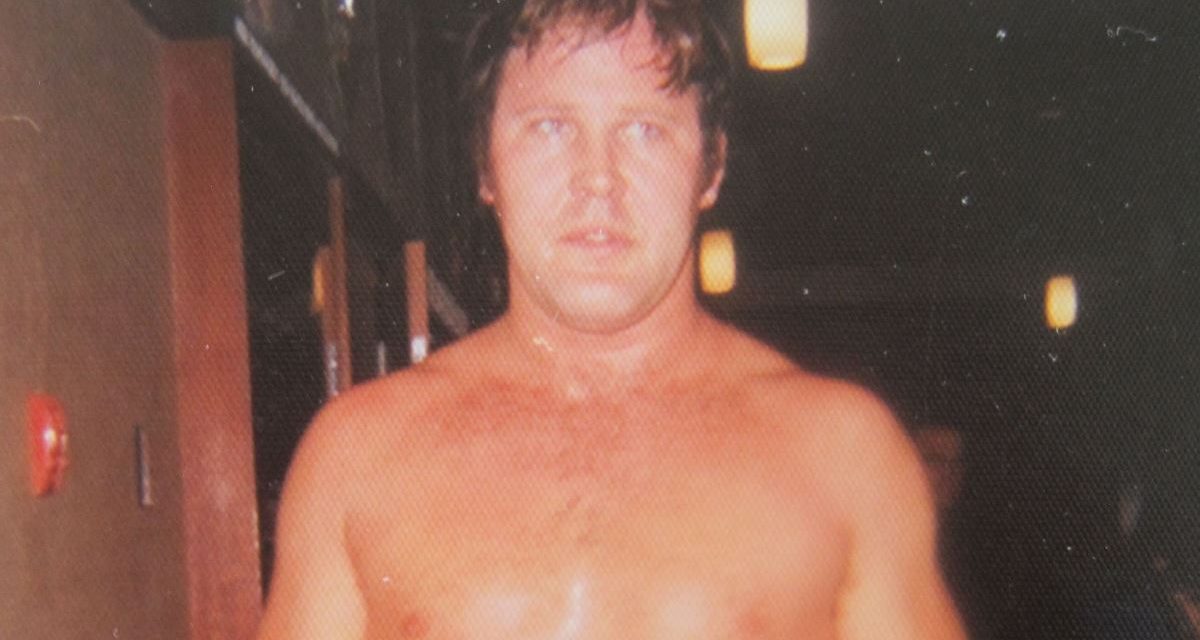 Veteran wrestler Buck Ramstead died last month at the age of 75. The journeyman plied his craft primarily in the Pacific Northwest for much of his career, and his family was with him through it all. 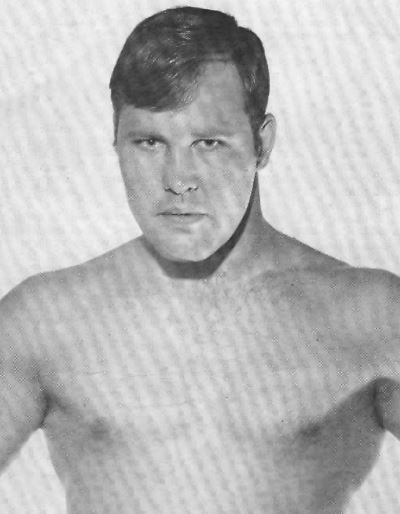 “When he was brought into the hospital [the pacemaker] had malfunctioned and he had a neck injury,” Kristina said.

Robert Melvin Ramstad was born August 16, 1943, in Minnetonka, Minn., and died June 26, 2019. He grew up with five siblings: Doug, Myrna, Mike, Carol and Myra. In his rambling personal blog, Ramstad talked about his upbringing.

“I remember living in a home without running water or electricity… I had a great time. I learned a lot … playing in the barn … walking out on the rickety dock 10 inches wide… the blocks of ice — cut from the lake and stored in the barn — layer upon layer — sawdust overall.”

According to his blog, Ramstad attended a one-room school, kindergarten through Grade 8. After working at Goldendale Aluminum, Ramstad attended the University of Minnesota. He was a part of a well-known sextet of amateur wrestlers with the Gophers. He competed in the 1965 NCAA wrestling championship, held at the University of Wyoming, in the 177-pound weight class. He made the quarterfinals that year but lost to Jerry Swope.

Ramstad’s son, Bob, said his father placed second in the Big 10 tournament in his weight class during his senior year at the University of Minnesota.

“He was very proud of [the trophy], given the excellence of the competition in that conference,” Bob said.

A description from a winning bout over Kansas State’s Jerry Watson in January 1965, when Ramstad was a junior, previewed his utility role in professional wrestling. 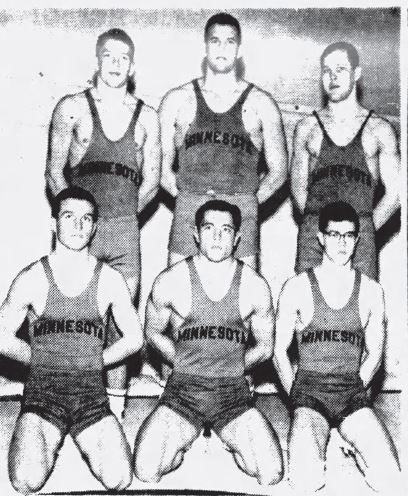 Sheryl, Ramstad’s then-wife, recalled crying when she learned that her husband was making the transition to pro wrestling after college.

“I was accepting of the travelling life when the children were small and insisted that we settle down when my son started school,” Sheryl said. “That was when Buck started wrestling out of Blaine, Wash., and [the] Vancouver area.”

Sheryl said she most remembers the travel associated with her husband’s career.

“We discussed all aspects of the wrestling business. We had two children with us. Bob, born in Minneapolis in 1968, and Kristina, born in Santa Monica in 1971,” said Sheryl, who joined Ramstad on the road from 1968-73. “We were friends with other wrestling families and persons involved in the business end of the profession.”

Ramstad trained with Verne Gagne and made his pro wrestling debut in 1965. During his career, he wrestled across the territories under the names Buck Ramstead and Bob Ramstead and under a mask as Mr. Pro. He worked in the Pacific Northwest, the Carolinas and the American Wrestling Association. The former amateur wrestler worked in Oregon from 1972-75 and again in 1984, according to Steven Verrier’s Wrestling in the Pacific Northwest.

Sheryl also played a role in Ramstad’s in-ring career, having made many of his ring jackets. She created them out of “upholstery weight velvet with lining.” 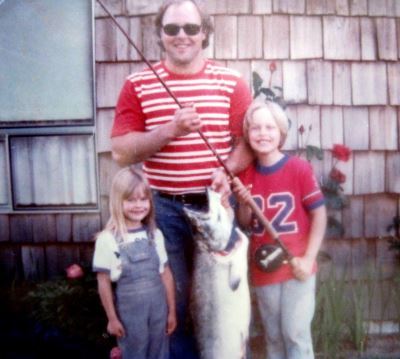 Ramstad with his children, Kristina and Bob. Photo courtesy the Ramstad family.

“I made the jackets for him as I could make more interesting items than he could buy and he could have more variety,” Sheryl said.

“I thought my Dad was Hercules,” Kristina said. 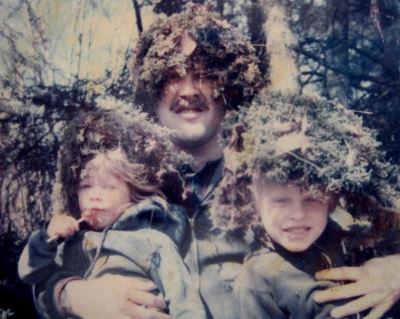 Kristina was a teen during her father’s Mr. Pro days and attended TV tapings with him in Canada. She remembers him donning the “Mr. Pro” mask when they got within a couple miles of the venue because he thought fans would recognize him as his former, bad guy character who they called Bumstad.

“He didn’t want to be recognized as Bumstad, but looked nuts driving around that way,” Kristina said. “Dad didn’t like being the good guy and ended up being unmasked and revealed for the heel Bumstad so he could go back to that. I remember sitting in the audience and hearing gasps from the fans around me when he was unmasked and hearing someone say, ‘I knew it was Bumstad!'”

Bob said he began attending shows after their parents divorced around 1979. 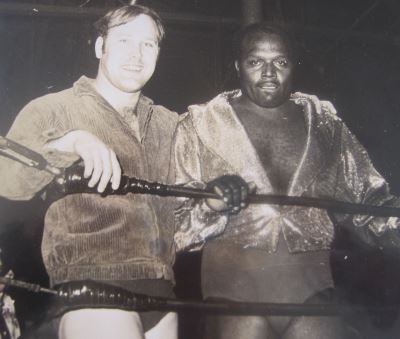 “He’d bring me along so I wouldn’t be at his place by himself,” Bob said. “The fans would keep an eye on me, and I’d hang out with them. It was great, they were very kind and engaged people, and I got to see him do his entire railroad spike bit in person, which was a classic.”

The bit included hiding a spike in his trunks, and when Ramstead had an opponent in a submission and the referee was checking on the opponent, Ramstead revealed the spike and wailed on his opponents’ head.

“I saw fans seriously losing it from this routine,” Bob said. “It was great.”

Bob said his father’s first stint in the ring ended because he broke his leg as the result of a car accident after a match in British Columbia.

“It took a long time for him to recover and got kind of ugly because the expectation was that Canada Health would reimburse him for medical costs because it was related to his employment in Canada,” Bob said. “When they refused, he had to go through a bunch of legal stuff, which was complicated by the fact the accident happened in a construction zone which was improperly marked and was considered by the courts to be a contributing factor to the accident.”

Ramstead also did a tour of Japan, in 1971, and spent time at Jim Barnett’s World Championship Wrestling in Australia in 1972. 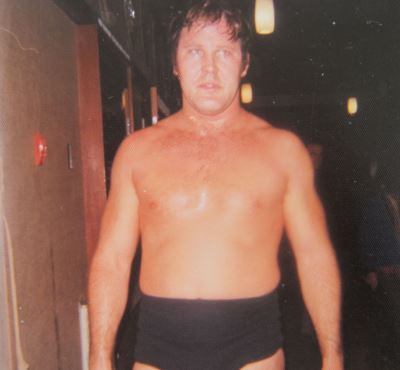 Two years later, Ramstead was key to a gimmick change for a future star. In 1974, “Beautiful” Bobby Remus was preening around a ring in Vancouver when he heard fans laughing.

“I looked behind me and there was Bob Ramstead behind me blowing me kisses. He started to look at me like I was some kind of beauty queen or something,” Remus said. That night, Remus told his wife that “Beautiful” Bobby was getting a dishonourable discharge. He cut his hair, returned it to its normal dark brown, and wrestled as “Bruiser” Bob Remus, one step in the transformation to Sgt. Slaughter, the first celebrity to become a G.I. Joe doll.

In 1982, Buck Ramstead secured the NWA (Vancouver) Canadian Heavyweight championship, which he won from the promoter, Al Tomko. He later dropped the title to Jeff “Bruiser” Costa.

On Facebook, Costa recalled Ramstead: “He was my friend and we worked together many times. He became Canadian Champion and when it was time to drop it, he chose me. Al Tomko said it would be silly to put The Strap on me, then he said my gimmick was ‘over’ and I didn’t need it.”

Kevin Jefferies, a future British Columbia-based referee, recalled seeing Ramstead when he was a spectator.

“Funny thing was when I was a fan, I went to a show in Kelowna and had second-row ringside seats. I just hated Buck, as I felt he was breaking all the rules and referee Roy McClarty was not doing a damn thing about it, so I got so mad I threw my hot dog and pop at him. I thought I was a dead man,” recalled Jefferies, continuing the story. 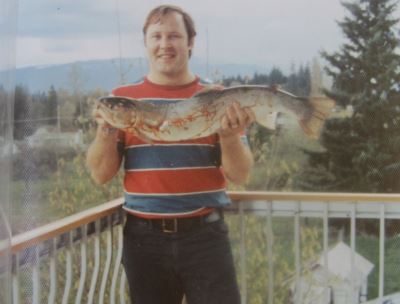 “A year or so later when I started to help out with the ring and get in to practice, Buck Ramstead was so nice to me while Roy was showing me the ropes. I was shocked as hell, but he had lots of advice back then for me.” Bob said that other wrestlers referred to his father as “the Professor” because he held a master’s degree in urban planning.

“I think it was that nickname — the Professor — that became Mr. Pro, that and he was always a professional,” Bob said. “He helped a lot of guys into the business and was always happy to concoct schemes and plot lines for the promoters, who he was generally really tight with.”

Ramstead held a couple of tag team championships during his career, securing the Southern Tag Team titles with Johnny Walker in 1969 and the Canadian Tag Team belts with Mr. X (Guy Mitchell) in 1973.

In a 2015 email to fellow wrestler Butts Giraud, posted to Ramstad’s Facebook page, Ramstad noted that he was “not really welcome in Canada anymore” because he had been a friend of powerlifter Roger Daggitt, 39, who was executed
with three shots to the head at 5 p.m. on October 6, 1992, while having a beer at the Turf Hotel in Surrey, B.C. Daggittwas at the bar with his 18-year-old son, Ron McKinnon. A Montreal hitman was later convicted.

“I spent a month in jail… then my lawyer suggested I leave the country so the cops and robbers couldn’t get to me,” wrote Ramstad in the email.

Sheryl recalled the “Roger Daggitt episode,” but said she doesn’t know the details of whether or not he could return to Canada.

“I am Canadian, born in Saskatchewan, and when we were married we often travelled to B.C. for fishing/camping and to see family,” Sheryl said. 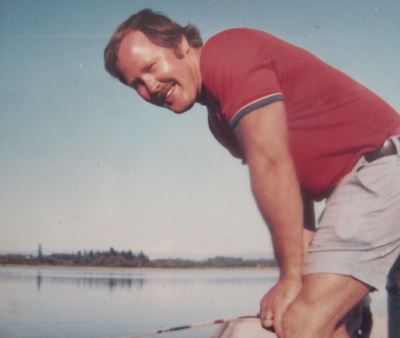 Settling in Spokane, Ramstad’s blog shares tales of his gardening, fishing, and his pets, especially his beloved dog, Rocky. It also details his religious beliefs, his various run-ins with local authorities, his van getting stolen and a battle to get his Twitter account reinstated.

Ramstad’s other son, Tom Worth, was born in 1985, one year after the former Mr. Pro’s retirement. While Worth never lived with his dad, they kept in “close contact” throughout Ramstad’s life. Worth said he would look up information about his father’s career online and ask him about it.

“I thought it was great,” Worth said of his father’s career path. “In some ways. I think that he probably had the time of his life doing it. But there’s always sort of [the things you] don’t think about when you’re in the moment. All of the opportunities, the costs and the road not taken.”

For Worth, one of the best memories of the time spent with his father was during Worth’s middle school years.

“Nobody in my family liked to ski and I lived really close to a mountain,” Worth said. “[Going skiing was] one of the things that we really did to bond and connect because, like I said, I didn’t live with him.”

Outside of the ring, Ramstad ran Family Fitness Health Spa in Bellingham, Wash., and worked at an aluminum plant, among other odd jobs.

“He seemed to make a full-time job out of fishing and collecting mushrooms,” Kristina said. “My Dad loved to fish and garden and be outdoors. He had a degree in geography and a job out of school mapping the Namekagon River and was a true outdoorsman.”

Some of Ramstad’s ailments went back to his wrestling days, such as the torn cartilage in a knee in 1961. He suffered from arthritis and had a heart condition, which resulted in hospitalization in early 2017. In the summer of 2018, he was hospitalized with pneumonia. 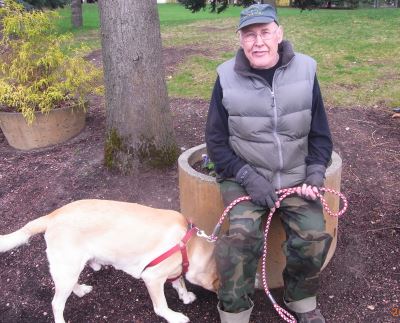 Ramstad and Rocky in 2012. Photo by Shuhei Aoki.

His death certificate listed his job as a professional wrestler. Bob said, of all his careers, being in the ring was the one he did the longest.

He is survived by his children, Bob, Kristina and Tom; and ex-wife, Sheryl.

Co-authored with files of Greg Oliver.