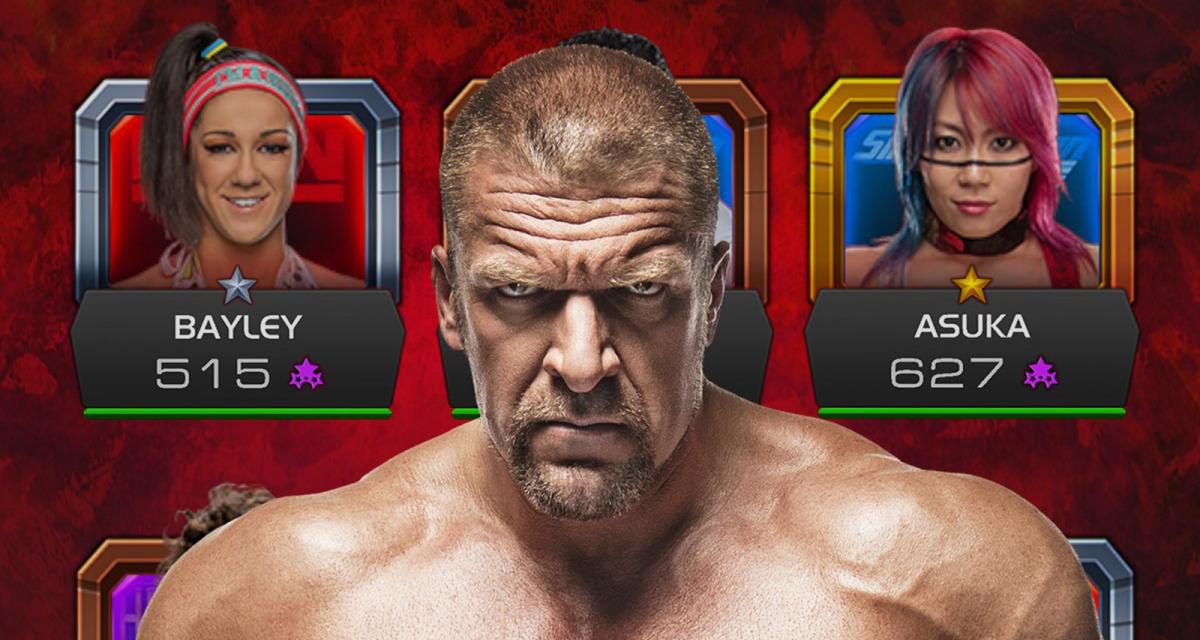 WWE’s newest mobile game WWE Universe has just hit the digital shelves. This app takes pieces from other company mobile games such as Mayhem and Supercard in which players collect, upgrade, and compete with their own roster of WWE wrestlers. With its impressive graphics and animation, it’s easy to get addicted to the game with endless levels of fun.

The gameplay is fairly simple since it’s one-touch and timing based. Users play as one of their Superstars against an AI with the goal of depleting an opponents damage to 0. This is done by hitting Light, Medium, or Heavy attacks where the Medium and Heavy are prone to Reversals. Eventually the Superstar will get a Signature or Finisher ability. The player needs to tap the pop-up radar when it hits its green sector in order to successfully perform an attack, or reverse the attack of the opponent. 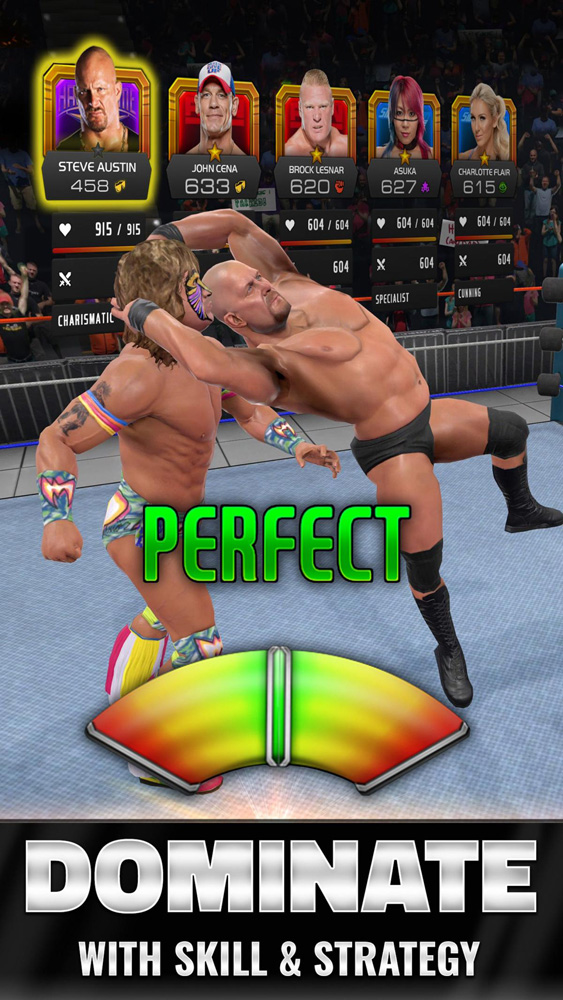 The radar system may seem repetitive to a third party eye, but the timing is always different for the selective moves and wrestlers. Due to lag though, all skill is thrown out the window when this buffering occurs. The lag will completely mess with the flow of the radar which makes it impossible for one to win a match. Fortunately, players can take as long as they need to hit a radar — so it’s best to wait out the lag until it stops.

To collect a roster of Superstars, a player goes through the games “stories” in which Drafts and virtual credits (VC, or in-game currency) are given as reward. These stories are text-based storylines that set up a player’s next match. Every bout played has its own authentic storyline (excluding player versus player matches) with a digital representation of the real-life characters. They’re cheesy, and will most likely be skipped, but it at least gives another motive for every match.

As previously stated, users receive Drafts and VC to purchase new Superstars. Opening certain drafts will get a user a Bronze, Silver, or Gold character. Also, the VC you collect can be used to buy specific characters — or they can be used to upgrade your characters as well. Like every mobile game, players can choose to spend real cash to acquire a better roster. Drafts average out to $5 while the best, most expensive draft is $20. One would hope to receive at least a Silver or Gold if $20 is spent.

There is an abundance of characters from RAW, Smackdown Live, Legends, NXT, and 205, however each character is marked with his or her respective brand, which in this case, takes away from the gaming experience. Many superstars are labeled with the opposite brand in which they’re currently on — this is also seen in many of the games storylines — which gives the app an outdated feel. This aspect can be forgiven, but the constant crashing of the app, cannot. More often than not, the game will completely black out in the middle of a match. This is detrimental to the gameplay because it will force you to restart an entire story at times. Hopefully these crashes can be fixed in a future update.

Even with the present lag and crashing, fans will find themselves hooked to the game. Just like previous WWE mobile games, collecting and upgrading until you reach the highest roster level — which will take virtually forever — can be incredibly addicting. Players will always find themselves collecting a brand new roster addition. Plus, with new stories and events being added every week, it gives the player all the urge to log on to WWE Universe.

It is more addicting that your grandmother’s apple pie.