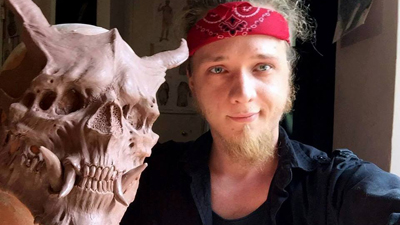 Morgan Hughes claims he designed what fans know as the Bone Soldier mask two years ago.

“It’s definitely not about persecuting the wrestlers. I love them and Bone Soldier is a great character and wrestler. I believe he deserved more than to fall into the re-branding of Captain New Japan though. I’m certain he has no idea that the original concept and creation was based off of my concept and designs,” said Morgan Hughes the owner of both the up and coming Sector 4 Studios and the Etsy brand GoblinsHoard. 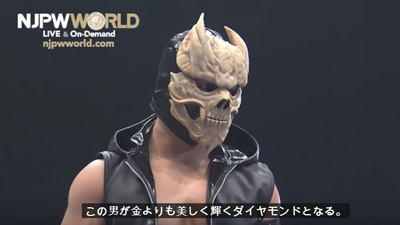 Hughes chronicled his months of work on the “Bone Warrior” concept on Facebook. The time stamps of his posts and replies to it show Hughes began production on his mask way back in 2016, two years before Taiji Ishimori debuted the Bone Soldier character at Wrestling Dontaku 2018.

Hughes would like some form of recognition by Bullet Club or NJPW for what he believes is essentially his work, his art.

“All I know is that my mask design was reproduced without my consent or knowledge,” he said.

Seeking answers, Hughes has attempted to contact NJPW and individual wrestlers. He has yet to receive a reply.

Hughes holds his work and those of his Sector 4 Studios partners to the highest standard, which is also why he feels very protective of their work. 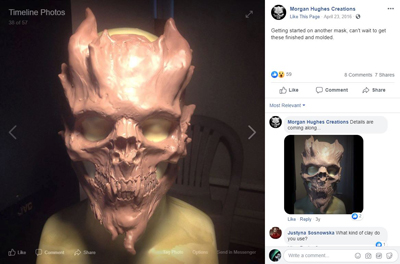 “I want each new mask to be better than the last and I won’t accept anything less. As a company we’re focused on mask-making right now but as we grow we want to branch out into resin kits, statues, 3D modelling and licensed work for larger companies,” he said.

Hughes studied at Douglas Education Centers (Tom Savani’s Special Make-up Effects Program) and attained a business degree in special effects. Knowing the amount of time and effort that goes into producing one specialized piece Hughes wants to make sure that what happened to him doesn’t happen to anyone else.

“It is up to them to ensure that each wrestler understands and has access to artists, costume designers that can be vouched for as being ethical creators to ensure things like this don’t happen in the future,” said Hughes. 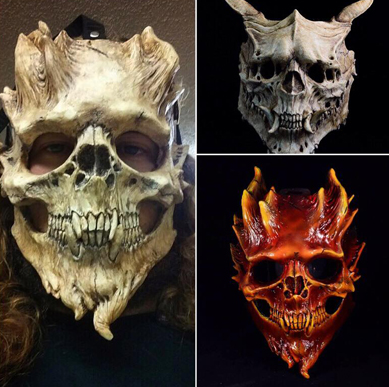 After all that has happened, Hughes is hopeful his dispute with NJPW will be resolved amicably.

“I still think it would be cool to design a mask specifically for Ishimori. He’s a great wrestler and has been killing it in the ring recently,” he said.