MONTREAL – The night started like any other Monday Night Raw, the crowd going wild in preparation for a night of the unknown. Everyone knew there was going to be some changes made to the roster, and they were ready. Signs reading “We want Kofi” or “AJ Styles come to Raw” were like little spots on that were scattered throughout the Bell Center in Montreal. The anticipation grew and the energy was strong throughout the night, but that wasn’t necessarily because of the superstar shake up.

The WWE started off with a tag team match where Ricochet and Aleister Black, Zack Ryder and Curt Hawkins, The Revival and The Viking Experience took to the squared circle. No, the latter was not a mistake and they are a real tag team. 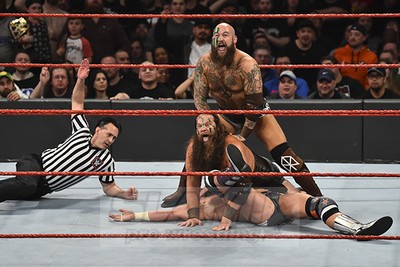 As soon as these two big burly men walked down the runway after they had been called The Viking Experience, the fans looked at the ring in confusion. One person near me said, “The name sounds like some sort of escape room or activity you do with kids, it really doesn’t make any sense.” It wouldn’t be long before we all found out that they were actually The War Raiders. Same gear, same kind of entrance but with slightly different music. Why would they change the name so suddenly? The reaction to their win wasn’t very strong, as most were still puzzled and stunned by the name change. This would not be the only question lingering all evening.

It was right after this match when the first move was announced and 205 Live athlete Cedric Alexander would be making his way to the Raw roster. Most began to question what the rest of the night would look like. “Does this mean that everyone we’ll see tonight will stay on Raw or would switch from Smackdown?” The WWE never made it clear from the beginning how the shake up would actually work. A good portion of the audience couldn’t remember or were not clear on how it would work and what exactly to look out for. It was a poor decision made on the company’s part without a doubt. At least in the past, there were general managers making draft picks. 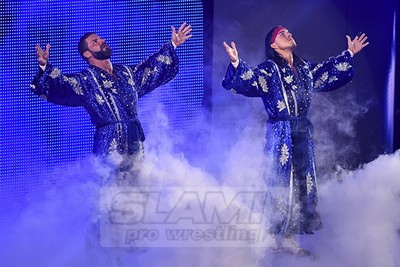 Another mistake that was made happened during a tag team match which came about half way through the show. Bobby Roode and Chad Gable were on the card and got the audience singing along to their music. Just before their challengers walked out, the camera panned over the Glorious team with “The Usos” written underneath, giving away who they would be facing. It may not seem like too big of a deal because it was only seen for about ten seconds. However, people caught on. Under the Monday Night Raw hash tag on Twitter, images surfaced of the error and most, if not all, were unimpressed.

Although it started out as a warm welcome, Sami Zayn appeared on A Moment of Bliss with Alexa Bliss and angered the fans to no end. “I love this city, but what I don’t like about it is the people, like you,” he said, motioning to the crowd. Everyone started chanting “goodbye” followed by “we want Kevin Owens,” which infuriated Zayn to the point where he stormed off the stage. Welcome back, Sami! 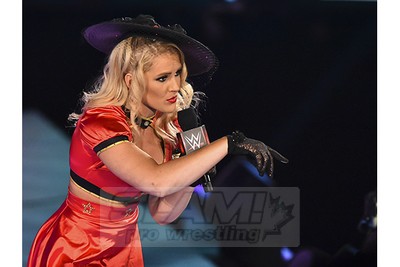 The energy was still so strong towards the end of the night when Lacey Evans made her way to the ring. As she took to the mic and began to express to both Natalya and Becky Lynch that she was coming for the Monday Night Raw Women’s Championship, she declared that she would be joining the red team. Although the fans cheered for her and the other two women in the ring, more confused looks were passed on in the arena. “Does this mean that the superstars will tell us themselves that they are now on Raw?” It’s obvious for avid followers of the WWE to know who was on which brand before the shake up, but clearly not to everyone.

During a commercial break, an image came up on the screen above the ring, labeled “Superstar Shake Up Raw.” Most of the performers we had seen throughout the night, minus NXT’s Eric Young, had been seen already. It was only then that people started to understand how the shake up works. It was too bad that reaction only came towards the end of the show.

Nonetheless, everyone’s excitement stayed in the building until the last match was over. Even if it weren’t the time for a shake up, fans would have been content chanting for each and every superstar that entered the ring. With the bar set lower for tonight’s Smackdown Live, it should be an interesting night for those who weren’t so easily impressed with the shake up so far. 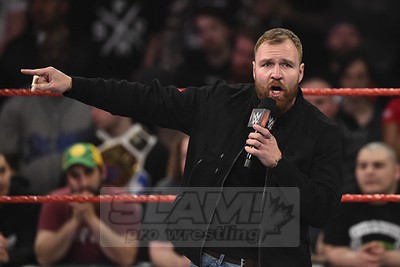 Dean Ambrose speaks from the heart at the end of the evening.

The kicker of the night came after the cameras stopped rolling. Seth Rollins and Roman Reigns stood in the ring and told the audience they were about to do something that they were told not to do. The introduced their third Shield brother, Dean Ambrose. He had made his exit last week, but he came out into the Montreal crowd one last time. “There’s a reason why the WWE passes through Canada, and it’s because of you guys,” Ambrose said. As the arena roared with cheers, Ambrose stood in the middle of the ring and said “Merci!” There was no better way that we could have ended his career than by making a statement like that in front of all his fans who will forever remember him.