EVOLVE 125 brings together NXT, Japan, and a major Theory

NEW YORK – There’s always a first, and on Thursday at noon, the first of a number of wrestling shows during a busy weekend at La Boom took place, EVOLVE 125, and it had a decided NXT feel to it, with a touch of Japan thrown in. 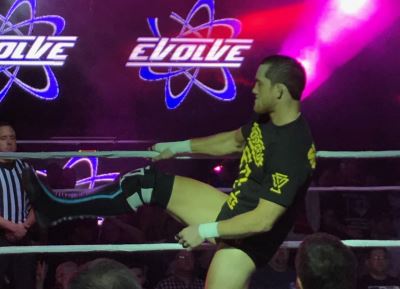 The main event of the show had Kyle O’Reilly from the NXT Undisputed Era challenging the EVOLVE champion Austin Theory for the title. Without a doubt, they had the best match of the show, capturing the crowd’s interest and telling a great story. Theory snatched the victory with tactics that would be the envy of the Undisputed Era cheating ways.

It all built to a surprise appearance by O’Reilly’s partners, Roderick Strong and Bobby Fish, who chased away Austin Theory, much to the pleasure of the vocal fans.

I suspect the story between the Undisputed Era and Theory is not finished.

Earlier in the evening, the show also included a surprise appearance by Josh Briggs, who suffered a dislocated hip at EVOLVE’s last outing at La Boom. Briggs spoke very emotionally, thanking the fans for being so helpful in getting him out of the building quickly that night. Briggs’ moment was interrupted by Austin Theory since Briggs had vowed to capture the EVOLVE championship.

“You can’t even execute your own finisher without hurting yourself. How are you going to win the championship from me?” taunted Theory.

The villainous champion shocked the crowd by attacking Briggs, who was walking with crutches. Briggs got back up and chokeslamed the champion. Through the unexpected injury, Briggs is now a crowd favourite while chasing Theory. 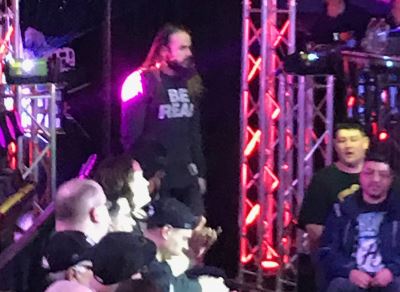 – Adrian Jaoude from NXT, who has improved a great deal, was the winner with a leglock submission against Harlem Bravado.

– Kazusada Higuchi beat Curt Stallion with a power in a match that genuinely captured the crowd’s interest.

– AR Fox and Leon Ruff beat the team of John Silver and Alex Reynolds when Fox pinned Reynolds with a 450 splash. 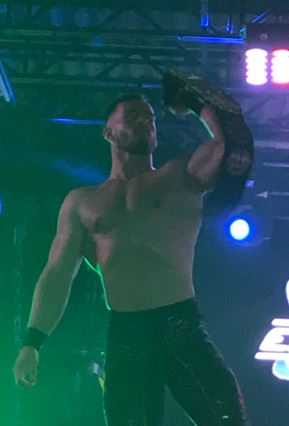 – Anthony Henry beat Darby Allin in a surprise result that caught the crowd unprepared as Allin is a big fan favorite.

– Angelo Dawkins from NXT’s Street Profits easily dispatched Colby Corino. Out came JD Drake, who put his WWN championship on the line in an impromptu match. Drake got the win over Dawkins with a spectacular moonsault.

– Montez Ford, the other half of the Street Profits, got the victory over Shane Strickland.

– Manager Stokely Hathaway also made a special appearance to say goodbye to the EVOLVE faithful as he is now with NXT. Considering EVOLVE’s relationship with NXT, we may see more of him the future.

Bertrand Hebert is in New York City for as much wrestling as his new wife will allow. Congrats on the nuptials, Bert!