Bobby “Hurricane” Hunt walked into a funeral home earlier this year to pay respects to his friend, Bruno Sammartino. As soon as Hunt walked in, a number of fans of professional wrestling descended upon the local treasure to say hello and shake hands. Hunt always seemed humbled and surprised that fans when out of their way to reach out. Hunt, whose professional wrestling career was cut short because of bad knees, used a cane and gladly took a seat when one was offered to him. He still had that smile and “spark” that made him such a favorite to so many. 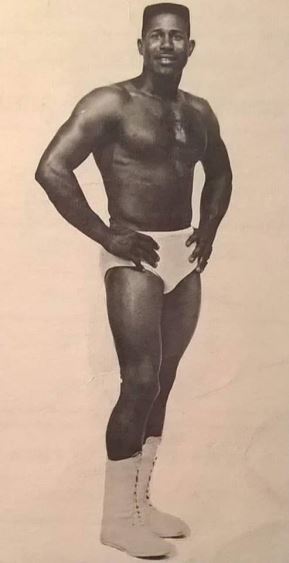 Pittsburgh’s famed Studio Wrestling television program debuted 60 years ago this past November 15, and even though Hunt wouldn’t debut until 1963 and wrestled on the undercards featuring National Wrestling Alliance (NWA) Champion Buddy Rogers in the main event.

Hunt wrestled at the Northside Islam Grotto on the North Shore and tagged with Bobo Brazil. He was a regular on the Saturday night WIIC-TV Channel 11 program that became and institution for families throughout Western Pennsylvania and the 6-foot, 218-pounder wrestled at the Civic Arena. In selected results from those early years, Hunt would pin other mid-carders like Jim Windle, or would record a draw with fellow babyfaces such as Chuck Martoni.

When Sammartino defended the WWWF title at the top of the card, Hunt was usually wrestling someone in the preliminaries. Always a respected hand in the ring, the grappler from the city’s Beltzhoover neighborhood and South Hills High School wrestled at Forbes Field and other venues.

Never one to make professional wrestling his full-time career, Hunt was a contractor during the day. In younger days, Hunt was a star football player, but injuries kept him from advancing in that sport. Doctors told him that his knees were so bad they would limit him forever. Instead, Hunt became one of the best drop-kick specialists in the business. Local wrestling historian Hank Hudson was quoted as saying Hunt’s familiar move of repeated drop kicks was “the fastest” he had seen in local competition.

“Hurricane” Hunt continued wrestling on Pittsburgh-area shows until the 1970s. It’s interesting to note that the Hunt/Frank Durso matches often took place in Johnstown, PA in 1970 and 1971. Away from the squared circle, Durso and Hunt were friends. Durso passed away on December 7 at age 81.

Hunt largely stayed away from professional wrestling after the early ’70s.

In 1982, Hunt wrestled for the World Wrestling Federation (WWF) banner against Jose Estrada in Oil City, PA, and fellow Pittsburgher Baron Mikel Scicluna in Uniontown, PA. Hunt’s last recorded match was a time-limit draw for the WWF against The Beast in Herminie, PA, in December 1982; Hunt was 49 at the time. 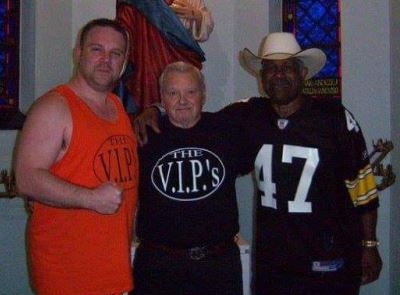 Hunt resurfaced in the Pittsburgh professional wrestling scene when he visited shows at the Keystone State Wrestling Alliance (KSWA) where old pal Durso was a manager. In 2010 after seconding “Big” Mike Malachi to the ring during his introduction, Hunt hilariously didn’t stay. He shook hands with hands and inexplicably and without explanation, just walked out the door to the parking lot.

Hunt returned to the KSWA in March 2011 and was inducted into the group’s Hall of Fame, along with a posthumous induction for fellow Studio Wrestling mainstay Ron Romano.

Bobby Hunt passed away at age 85 on December 27. He leaves behind Gloria, his wife of 61 years; four children, six grandchildren and two great-grandchildren. Services are to be held on Saturday, December 29 in Pittsburgh with burial on Wednesday.