Frank Scuillo was one of a kind. Born on January 30, 1937, in Pittsburgh, Frank was tough as nails. A Marine in his youth, Scuillo cemented his place in Pittsburgh lore as one of the mainstays of the city’s popular Saturday night “Studio Wrestling” show. 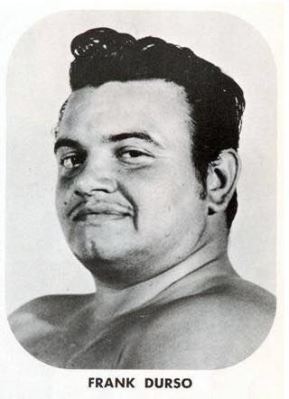 On Saturday nights and at professional wrestling shows around the region, he was “Frank Durso,” a brawler who would do anything to win. Although at 5’9″ and 238 pounds, Durso wasn’t a giant of a man, but in a Simpson’s Leader-Times article leading up to his March 19, 1963, battle with Chief Red Cloud at Redbank Valley High School in New Bethlehem, he was described as “tough and towering.”

In a Facebook post by longtime Pittsburgh professional wrestling historian Hank Hudson, Durso in “a nearly fourteen-year period between January 31, 1964 (a draw with Frank Holtz) and October 7, 1977 (pinned by longtime rival Jumpin’ Johnny DeFazio) Durso appeared on no less than fifty-three major pro wrestling events at the Pittsburgh Civic Arena as well as Forbes Field!” Hudson also estimates “this is in addition to what has to number in the hundreds of bouts on live “Studio Wrestling” and all of the regular towns and small “spot show” stops within the Channel 11 Greater Pittsburgh Tri-State viewing area!”

Pittsburgh broadcasting legend and Studio Wrestling host “Chilly” Bill Cardille gave Durso the nickname “Slip Mahoney” because of the villain’s resemblance to Leo Gorcey’s “Bowery Boys” character of the same name. At one time it was seen as a slap at Durso; however, he would later embrace the name.

On August 10, 1966, Durso challenged Bruno Sammartino for the World Wide Wrestling Federation (WWWF) World Heavyweight championship in Philadelphia, PA. No definitive results can be found; however, Sammartino defended against Prince Iaukea on August 9 and 11 of that year.

Throughout his career in the 1960s and ’70s, Durso rarely won. He routinely wrestled fellow enhancement talent Joe Abby, a young John L. Sullivan (later known as “Luscious” Johnny Valiant), the “Fighting Cop From Carnegie” Frank Holtz and many others.

Durso would mostly stay away from the ring from 1977 until 1999 when he started to appear on shows for a local federation that pre-dated the Keystone State Wrestling Alliance (KSWA). On October 15, 2005, Durso returned to the professional wrestling ring, at age 68, to congratulate then KSWA Heavyweight Champion Lou Martin on a successful title defense. Durso clocked Martin and returned as the “Adviser” to fellow KSWA wrestler Shawn Blanchard. On February 25, 2006, just weeks after his 69th birthday, Durso returned to wrestling action in a tag team contest with Blanchard against Martin and Anthony Alexander.

In 2008, Durso and Joe Abby were the first inductees into the KSWA Hall of Fame. Durso and his wife, Diane, often traveled to the Pro Wrestling Hall of Fame and Museum in Amsterdam, New York, for the events there.

He would return in other matches periodically for the next few years. On December 5, 2009, Durso tangled with Dominic DeNucci. Durso was 72 and DeNucci was 77. Durso, who was introduced in part using the name “Slip Mahoney” was victorious in the fun, nostalgic match. 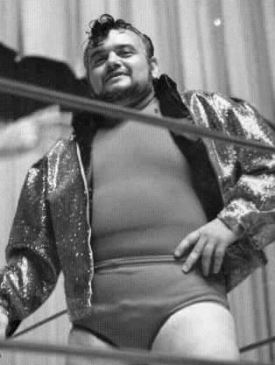 Frank Durso in his prime.

Durso wasn’t done. On May 7, 2011, in a match for the vacant KSWA Golden Triangle Championship, Durso won the championship — by underhanded means — at age 74. The infraction was caught and match restarted. Moments later, another wrestler made a pin and walked out the with belt. In real life, Scuillo was incensed. He thought he could have made a reign mean something.

“Frank had such a passion for professional wrestling, especially his time as part of Pittsburgh Studio Wrestling,” said Lou Martin, who with Shawn Blanchard, were the anchors of the VIPs when Durso was in their corner. “I enjoyed my time working with Frank at KSWA. He taught Shawn and I a lot about the business. When he managed us the fans loved when he got involved.” 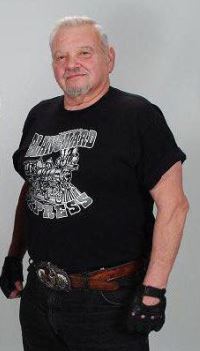 In fact, those who worked with him often said they would be surprised to turn around in the ring and see Durso ready to pounce on a foe. After attacking one of the VIPs’ opponents in the ring, Durso slipped on the ring steps and hit his knee hard on a gymnasium floor. That caused his permanent retirement from the ring.

“It was an honor to get to know and become friends with Frank,” said KSWA Owner Bobby O. To me, he was one of the guys who epitomized wrestling, especially Studio Wrestling in Pittsburgh. Rest in Peace, Slip.”

Durso passed away on December 7 after a long illness. He is survived by his wife of 58 years, Diane, as well as his daughters Rachelle and Renee. Funeral arrangements are private.