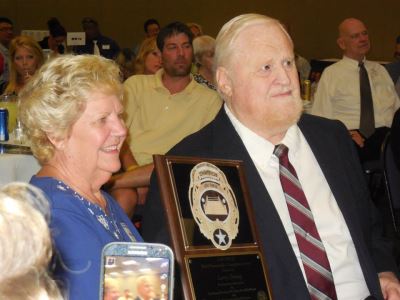 Larry Hennig, father to “Mr. Perfect” Curt Hennig and grandfather to current WWE star Curtis Axel, has died, after many years of health difficulties. He was 82. To many he was “The Axe”; to others he was “Pretty Boy”; when he teamed with Harley Race, they were teasingly called the “Dolly Sisters” by The Crusher; to others, he was just a big, friendly auctioneer; just recently, he was honoured with his own beer.

Born June 18, 1936, in Minneapolis, Minn., he turned to professional wrestling after high school, training under Verne Gagne, a man who would be both a promoter of matches for Hennig through the years and a constant source of jibes and frustrations from the very funny Hennig.

He debuted in 1961 as a local hero. Hennig once shared a story of an early bout, maybe his third or fourth match, when he took the train to the Marigold in Chicago.

“I got there and wandered around and found this spot where I had to go wrestle. I went into the locker room. There was an old-time wrestler named Henning, Lee Henning. They thought that was who they set up there. So when I came walking into the dressing room, just a young guy, second or third match, they said, ‘Henning is here.’ They looked at me and said, ‘It’s a Henning alright, but it’s not Lee, it’s Larry.’ And I’m not Henning, I’m Hennig, H-E-N-N-I-G.” 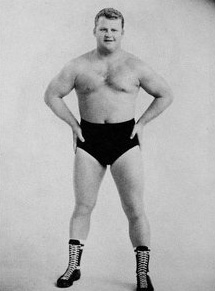 And the Hennig name continued on through the years, first with Curt Hennig. Father and son made a potent team in Oregon and the AWA in the early ’80s. “We made a good combination. It was the highlight of my career,” Larry Hennig said. Then two of Curt’s children, Joe Hennig as Curtis Axel, and Amy Hennig, who wrestled for a short while.

In a 2013 interview, Axel told SLAM! Wrestling how much Grandpa Larry still loved being around the business, having just attended a WWE show in Minneapolis. “He did an interview with WWE.com. But nothing on television. Maybe the next time it comes around, he’ll show up on there. He’s like a little kid in a candy store being around these events. He loves it. He’s a huge fan still. It’s awesome.”

Very early in his career, Henning held the AWA tag titles with Duke Hoffman (Bob Leipler) in 1962. Then Race entered the promotion.

From 1964 to 1969, “Pretty Boy” Larry Hennig and “Handsome” Harley Race were one of the dominant forces in tag team wrestling and among the first to convince promoters that larger athletes could form a successful, enduring team. And even though Race won the NWA world heavyweight title eight times and can easily back up his claim of being “the best wrestler on God’s green Earth,” he might be best remembered for his tag team accomplishments but for a knee injury that shelved Hennig from November 1967 to April 1968. “If you go in there with the attitude of being a team, and leaving your ego and all that stuff out of the ring, you can become a hell of a team, and I think Larry and I were one of the better ones … Had he not gotten hurt, who knows?” Race speculated in The Pro Wrestling Hall of Fame: The Tag Teams. “We might have stayed together.”

Hennig, dubbed “The Axe”, went directly to a successful three-year run with Lars Anderson (Larry Heiniemi) and had a main event program in the WWWF with Pedro Morales and Bruno Sammartino in 1973-74. For the most part, though, he stayed close to his home state.

“Hennig could have gone anywhere if he had wanted to be a star. The difference was that Hennig just wasn’t going to leave Minnesota. Hennig could get over anywhere. Great talker, great timing, great worker,” said Cowboy Bill Watts.

Like most wrestlers, Hennig ran into health difficulties as he aged, and prayed in front of the entire Cauliflower Alley Club banquet in 2005: “Oh Lord, oh Lord, send us down a good knee doctor.”

Hennig and his wife, Irene, married in 1955. When Hennig received the Iron Mike Award in 2015, he brought her to the stage: “I didn’t do this myself,” Hennig said.

“I am so proud of my husband and my whole family,” said Irene. “Who ever thought we’d get this far?” The Hennigs had five children.

Details on Hennig’s passing and funeral information are forthcoming.