Hennigan on surviving Survivor and life outside the WWE

He may still be the mayor of Slam Town and the Impact World Champion but John Hennigan won’t be adding the title of Sole Survivor to his list of accomplishments, at least not this year. In a blindside vote on this week’s episode, Hennigan (AKA: Johnny Impact, John Morrison, Johnny Nitro, Johnny Mundo) was sent to the Survivor jury. On the upcoming live finale in December, he and the other jurors will decide the winner of the Survivor: David vs. Goliath.

The road from the squared circle to the tropical islands of Fiji was a twisted one. Hennigan was originally supposed to be cast on The Amazing Race but a Canadian curveball dashed all hopes of that foray into reality TV. 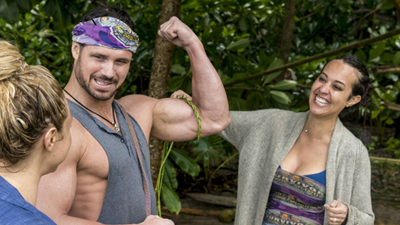 “My wife and I were recruited to do the Amazing Race. They were looking for a couple who were pro wrestlers. They (the producers) were really excited. We were excited for a couple of weeks then we realized that Kira (wrestler Taya Valkyrie) is a Canadian citizen and doesn’t have an American passport which is a deal breaker for that show because it is travel-based. I turned around and asked them about Survivor. I ended up going through the entire casting process and it ended up working out,” Hennigan said.

Those who have competed on the long-running reality show can return home with all sorts of complications including the usual weight loss to the rare tick infestations and some serious illnesses. Hennigan lost 20 to 25 pounds due to starvation and fatigue on the island. It took him some time before he was able to retain the muscle mass and pure athleticism he had before participating on the show. One of the hardest parts for him was going back to his daily life and being continually asked about Survivor but not legally being able to reveal any of the details.

“When I got back from Survivor there was only one show that hadn’t been changed. It was a show in San Diego with Rey Mysterio Jr. and it was cool to be back but it was weird because I couldn’t say anything about what happened on Survivor. Outside of that, I got married and we went on our honeymoon. It was a really slow transition to get back into wrestling. I had given myself plenty of time to get back into wrestling shape,” he recalled. Impact returned to Impact at July’s Slammiversary pay-per-view in Toronto, throwing out the first pitch at the Toronto Blue Jays game.

In today’s wrestling climate, there are only a handful of alternative choices to working for the WWE. There are ROH, NJPW and Impact but none of those are in the league of WCW in its heyday when stars like Ric Flair, Sting, Lex Luger, Booker T and others put the promotion on the mainstream map. The lack of head-to-head competition and therefore lack of leverage without a WCW in the picture makes it harder for wrestlers to renegotiate contracts as they used to do in the 1980s and ’90s. 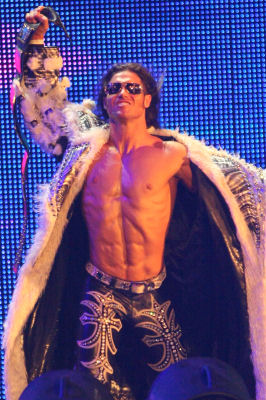 Although that side of the business is a tougher road than it used to be, striking out on your own is far easier due to the infrastructure that is available through digital media and social media. It is why superstars like The Young Bucks, Kenny Omega, Cody Rhodes, Will Ospreay, Marty Scurll, Hennigan himself and a host of others have been able to obtain mainstream success without a massive corporate machine behind them. Still, according to Hennigan, you have to be prepared to wear all of those different hats to make your career flourish.

“You have to be more creative and dedicated to yourself. You have to do your own social, your own brand awareness when you are on your own. When you are working for a bigger company you don’t have the same creative autonomy that you would have outside the company and you also don’t have the free time. The time that I spent making Boone: The Bounty Hunter, which is something I am really proud of, would never have happened if I was on that full-time WWE schedule,” he said.

With wrestlers such as Drew McIntyre, Bobby Lashley, Matt and Jeff Hardy, Mickie James and Kassius Ohno leaving the WWE, prospering elsewhere and then returning, one has to wonder if the thought of coming back to the WWE has ever crossed Hennigan’s mind.

“Anything can happen in the world of wrestling. I am really happy though with what I am doing right now. Being a part of Lucha Underground is some of the best work of my career. I love working there. I love the supernatural storylines and the grindhouse feel. Impact has a different type of feel but I love it just as much. I am currently the Impact World Champion and feel fulfilled so I don’t know, anything is possible but what I have learned is nothing is more important than being happy with what you are currently doing,” he said.