Love of radio and wrestling keeps Agnew on the air 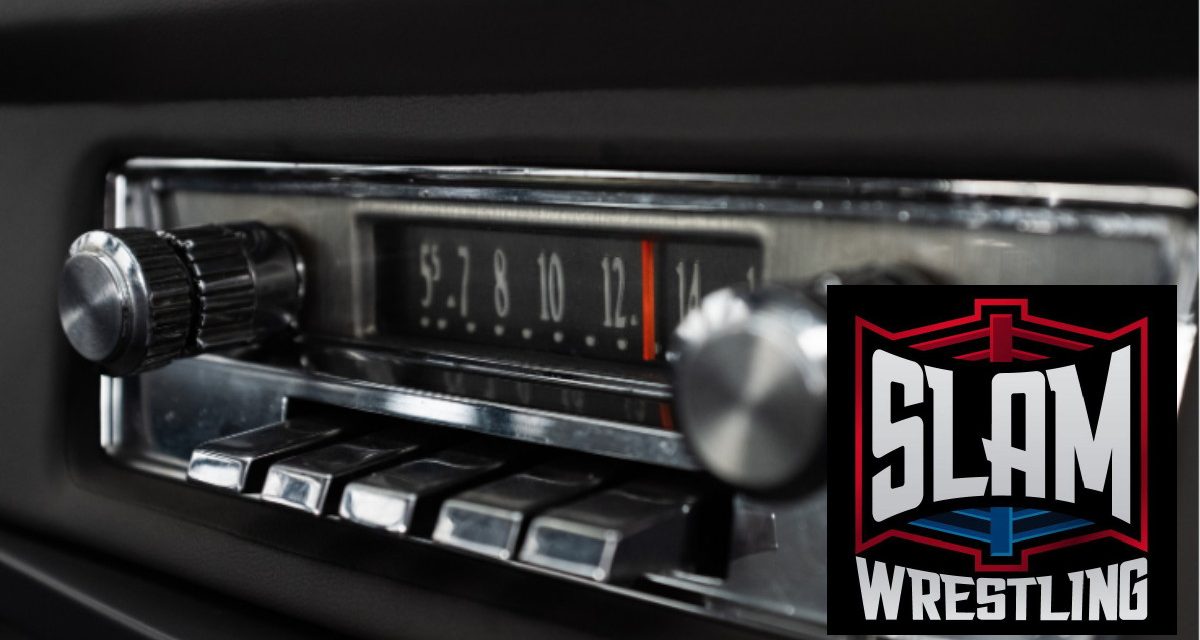 Toronto band Rush famously sang about beginning the day with a friendly voice on the radio. For wrestling fans, though, the friendly voice — belonging to Toronto radio favourite Jason Agnew — actually ends the week. And though his longtime show Live Audio Wrestling is no more, Agnew keeps the spirit of wrestling talk radio alive with Sunday Night’s Main Event.

“It was October 30 last year, when I got the call,” Agnew recalled in a sit-down interview with SLAM! Wrestling. “It was the Fight Network, telling me that my services with The LAW — I think I joined in February 1999 — were no longer needed. They said they were going a different direction, and I was no longer needed as a host and producer.”

Along with Agnew, the rest of the LAW team — co-host Dan “The Mouth” Lovranski, producer John Pollock and contributor Wai Ting — were released as well. 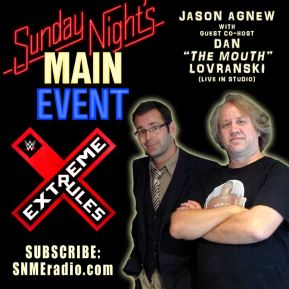 Though that might seem like an abrupt move, Agnew had an idea the cancellation was a possibility, after The LAW’s parent company, Anthem Sports & Entertainment, purchased Impact Wrestling.

“I knew there might be some problems,” Agnew shared. “It’s hard to own a wrestling company and also own a radio show that’s always prided itself on being impartial. So if I’m going to go on the air, I’m not there to promote Impact Wrestling. If something on their show is good, I’m going to say it’s good. If it was bad, I’m going to say it’s bad. We thought that we could have co-existed, and it could have been fine. Because even if we were talking negatively about it, we were still talking about it — there’s no such thing as bad press. The more we talk about it, the more people know about it, and the more people will watch it.”

“They opted for something different,” he noted wryly.

With that book closed, it didn’t take long for Agnew to figure out what he was going to do next.

“I always wanted to come back. I’m a broadcaster by nature — radio is one of my passions. So, that same day, I started making phone calls. I called (The LAW’s former station), and then I started making my way around Toronto and the surrounding areas to try to find an outlet. Ultimately, we found TSN 1150, based out of Hamilton, and they were very enthusiastic — they welcomed me with open arms. I started talking with them the week before WrestleMania 34, and we launched that Sunday night, debuting right after the PPV under the name Sunday Night’s Main Event.”

(Pollock and Ting stayed in wrestling too, with ‎POST Wrestling Podcasts.)

Finding a radio station to call home base for the show was a must for Agnew, noting that he wouldn’t have come back with just a podcast (though he does supplement the weekly radio broadcast with heaps of online extra content).

“I wouldn’t have done it without a terrestrial radio outlet,” he said. “One of my passions is radio, I’m a broadcaster by nature. The radio show allows me to interact with fans. Every show I’ve been a part of has let the audience speak their mind and have their say. We are a post-show for pay-per-view events, and the callers and the interactivity is something that (my shows are) known for.”

In that respect, the show follows very closely the format of the LAW, with one big exception: this time, Agnew is, for the most part, a solo act.

“I’m the centrepoint, yeah,” he said, with some mock weariness. “I’m the producer and the host and the person who makes it get on the air. I do the interviews, I prep the show, put together the sound effects, the bells and whistles, the news package, everything. It’s a lot harder now that I don’t have the band of brothers around me, because it’s four times the work.”

To help alleviate the burden, Agnew does bring in a rotating crew of guests, including other wrestling show hosts like Nug Narhgang and Jimmy Korderas, from Sportsnet’s post-WWE analysis show, Aftermath, Todd Martin from Pro Wrestling Torch, and Dave Meltzer from The Wrestling Observer Newsletter, who appears at the top of each week’s second hour, returning to the same slot he had on The LAW.

“Dave agreeing to come back was one of the huge keys for me going back to the show,” Agnew noted. “Because there’s a certain authority from having Dave on the show. He’s been great, and having him come back has been a gem.”

Another familiar voice is Lovranski, who usually joins in on post-PPV shows.

“I asked Mouth if he would do the occasional show with me, and he agreed to do one or two a month. The goal was not to change the routine too much. On Sunday night after a pay-per-view, the listeners are out there and want to talk about it. We want to give them that sounding board and not break the flow of what the show was for all those years. And hopefully hearing familiar voices will bring the listeners back. And it has.”

“A casual listener can always hear the show live on TSN 1150 on terrestrial radio, or at TSN.ca,” he explained. “If you are a patron, you can listen any time on demand. We broke it down to a dollar per show — it’s four bucks a month, and there’s generally four shows a month. But that also gives the patrons the ability to download all the bonus podcasts I do, download any interviews I do — the unedited, uncut versions. Sometimes we’ll air an interview on the show, but it may be only 5 or 10 minutes of a half hour or more interview — patrons will get to download the whole thing.”

“There are also some patron rungs where people can play Turnbuckle Trivia, which is one of the signatures of the show, and win a T-shirt from Pro Wrestling Tees. People can upgrade to get passes to all of my live comedy shows, which often have a wrestling theme. And at the top level, you get to co-host a podcast with me. The patron model really does seem to be how a lot of broadcasting-slash-podcasting is going now. Listeners find it, they want to support it, they’re willing to pay for it, and they get a really interactive experience with the host and the personalities on the show.”

The model is working well, and based on the feedback he’s received, the fans have really enjoyed the return of the show. This includes many of the show’s long-time listeners, who often bring personalities of their own to the mix, including “Chuck from Detroit” and the infamous “Hanzi” (who also was a hated regular caller on the Howard Stern radio show).

“It’s been a real outpouring of love and fan appreciation,” Agnew said gratefully. “I said when I came back, I would do it for a year at least — I think you have to do things for a year minimum in order to really give it a shot. If the patrons stay, if they increase, then I’ll keep doing it. I’m good to go as long as people still want it.”

“It’s really a labour of love for me. It’s tons of work — when you cover wrestling, you’re watching a lot of wrestling… three hours of RAW, two of Smackdown, NXT, network tournaments like the Mae Young Classic, Impact. Putting the news pack together takes a couple of hours. After my Sunday morning show (Agnew hosts the weekly Sunday Morning Trivia show on Toronto station Newstalk 1010), I’ll do a lot of recording and production for SNME. Then I’ll do the social media for the show. And that doesn’t include all the podcasts I do for the patrons.”

“But,” he noted, “I get to combine things I enjoy — wrestling and interacting with listeners on the radio — so, even though it sometimes feels like work, it also doesn’t feel like work. I can’t imagine not doing it.”

Bob Kapur has a face for radio. E-mail him some reassuring compliments at [email protected].