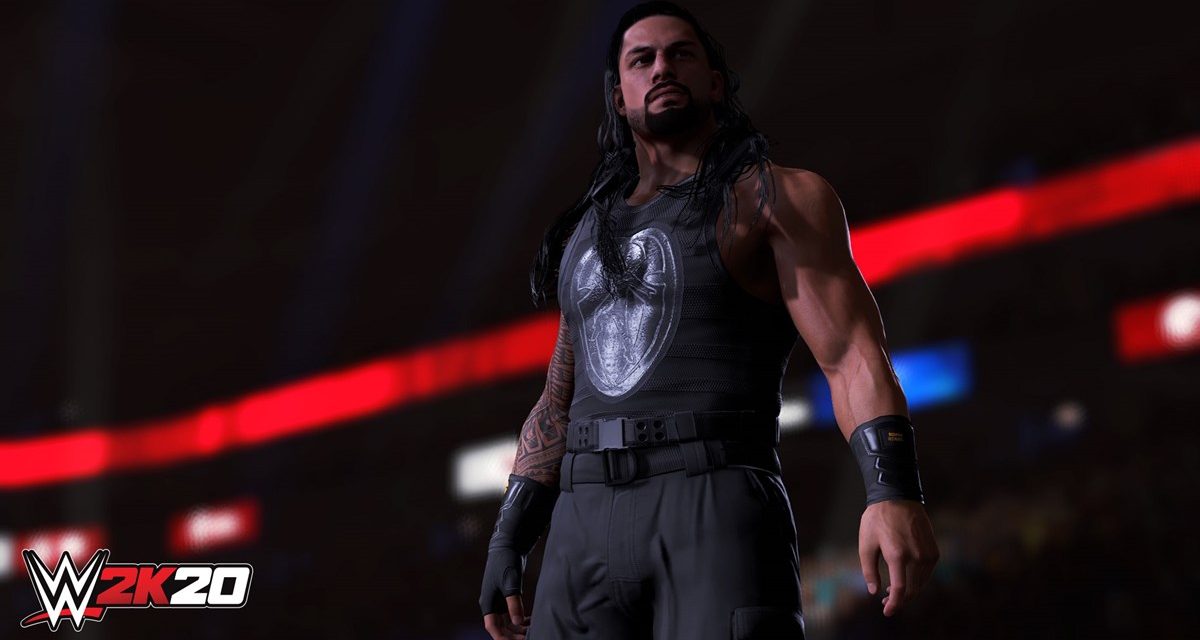 In a shocking and emotional announcement on Monday Night Raw, Roman Reigns has revealed that he is taking a leave from pro wrestling to wage another battle against leukemia.

“My real name is Joe and I have been living with leukemia for 11 years and unfortunately, it is back. Because the leukemia is back I cannot fulfill my role. I cannot be that fighting champion and I am going to have to relinquish the WWE Universal Championship,” Reigns said as spoke to the crowd in the Dunkin Donuts Center in Providence, Rhode Island, dressed in his street clothes, not his wrestling attire. 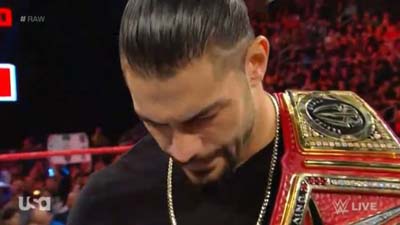 Roman Reigns announces his leave of absence from the WWE. Photo: WWE.

Saying he will take every prayer offered but is not looking for any sympathy, Reigns recounted his first fight with the disease.

“When I was 22-years-old I was diagnosed with this and very quickly I was able to put it into remission but I am not going to lie. That was the hardest part of my life. I didn’t have a job. I didn’t have any money. I didn’t have a home. I had a baby on the way and football was done with me. But, you want to know who gave me a chance? The team that gave me a chance with the WWE” said a grateful Reigns. Reigns vowed to return with a new outlook and a new purpose in WWE. 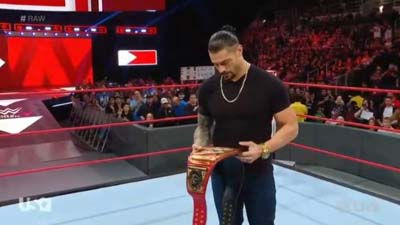 “Sometimes life throws you a curveball and right now the best thing for me to do is to go home, focus on my family and my health. But I want to make one thing clear, by no means is this a retirement speech. After I am done whopping leukemia’s ass once again, I am coming back home and when I do it won’t just be about titles and being on top. It is going to be about a purpose. I am coming back because I want to show all of you, the whole world, I want to show my family, friends, my children and my wife that when life throws a curveball at me I am the type of man who will stand in that batter’s box, I will crowd the plate, I will choke up and I will swing for the fences every single time! I will beat this! I will be back! You will see me soon!,” Reigns vowed as the crowd cheered.

An emotional Reigns then left the WWE Universal Championship in the middle of the ring, walked up the ramp where his Shield partners Dean Ambrose and Seth Rollins met him.

“Tonight on Monday Night Raw, Roman Reigns (aka Joe Anoa’i) announced that he is relinquishing the WWE Universal Championship and taking a leave of absence from WWE as he once again fights leukemia, which had been in remission since late 2008. Reigns is taking his battle with leukemia public in an effort to raise awareness and funds for research in order to advance cures for the disease,” said a WWE press release shortly after the announcement was made live on Raw.

The WWE also announced that the Universal Championship match at Crown Jewel on November 2nd will now be just between Brock Lesnar and Braun Strowman. 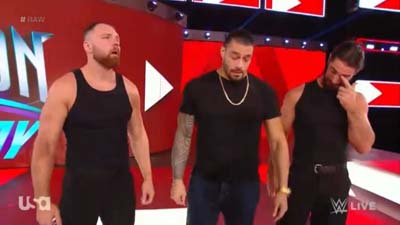 Reigns has three children, a daughter and twin boys. His father is Sika Anoa’I, one half of the legendary Wild Samoans tag team in WWE. His brother, Matthew Tapunu’u Anoa’i, who was known as the wrestler Rosey in the WWE, passed away last year due to congestive heart failure.

Reigns had missed last night’s Boston house “supershow” due to a rumoured injury after working the previous night in Hartford, Conn.