The autobiography of Shinsuke Nakamura, King of Strong Style: 1980-2014, is a lot like him. It’s fluid, compelling, and is delivered very much in a strong style. What it isn’t is traditional, which is again, pretty appropriate for the subject matter.

After a simple introduction, where he writes that, “I’ve made it this far doing things the way I want to do them,” it’s right to the meat of the story, and it takes a little while to adjust to the fundamental difference from most wrestler books — it’s written in a question and answer format for the bulk of the book. So it’s Nakamura’s voice throughout, responding to questions, but what is lacking much of the time is context.

Those really familiar with Japanese pro wrestling and the mixed martial arts world will know who many of the figures are that bob and weave out of his narrative, but for the uninitiated, it’s a foreign country.

Born in Kyoto, Japan, in 1980, Nakamura was an amateur wrestler in high school before attending university at Aoyama Gakuin University. We learn of his upbringing, what his parents were like, and his interests as a child. Vintage photos of him and his family make for a wonderful complement. 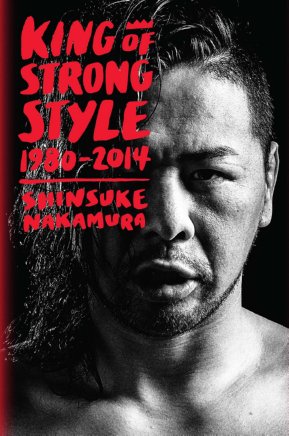 Always interesting in pro wrestling, and without much of another career path in mind — “This job was the only way to make my dreams come true” — he sets off to learn the art in the New Japan Pro-Wrestling dojo. The educational aspect of what he went through, the others in his class, and the whole teaching style, is eyeopening, especially compared to the laissez-faire training he runs into at the NJPW-associated dojo in Los Angeles years later.

Nakamura debuted in August 2002, and 16 months later, in December 2003, the “Super Rookie” was crowned the youngest IWGP Heavyweight Champion in history after beating Hiroshi Tenzan.

Rather than success ever since, it’s restlessness that seemingly defined Nakamura. He didn’t always get along with people: “Since my debut, I’ve made enemies, mowed them down, risen up in the world. I’ve scrabbled and scraped and cobbled my own self together.”

His forays into mixed martial arts, including facing Daniel Gracie of the legendary jiu-jitsu family, and superheavyweight kickboxing champion Alexey Ignashov, will be of particular interest to fans of that genre, but are a bit of a gloss-over for fans who really just care about Nakamura the wrestler. For those enthusiasts, the trips he takes to L.A., to train and wrestle, into Mexico, and touring with New Japan into Italy, are much easier to digest.

It all builds to the Shinsuke Nakamura that we know in today’s WWE, even if the book ends in 2014, before he made the full-time leap to NXT and then WWE.

He explains what “strong style” means, where his “weaving” arises, his haircuts, and even a little about his unique motorcycle-like pants, but not a lot about actually what inspired it — it’s hard to deny the influence of Michael Jackson. While the “King of Pop” is not featured, at times Nakamura does talk about his early heroes, especially Hong Kong movie star Jackie Chan, and, to a lesser extent, martial arts legend Bruce Lee.

It’s obviously that Nakamura is smart and has thought a lot about his character, his mannerisms and his performances. “I think fighting is on par with music or dance as an artistic endeavor that humanity has lived with since ancient times,” he explains. “I think it’s precisely because there’s some instinctual appeal to it for both those people fighting and the people watching that it’s continued to be an art, something we enjoy all this time.” 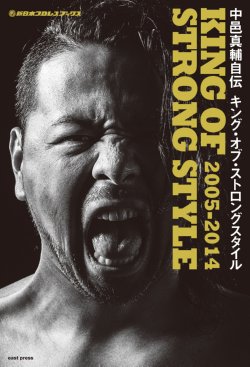 The reward for fans of today’s wrestling scene is his insight into the current superstars in NJPW: Kazuchika Okada, Hiroshi Tanahashi, Kota Ibushi, Tomohiro Ishii, Hiroyoshi Tenzan and the like. Plus, gaijin get some discussion too, from Bad Luck Fale to the team of British Bulldog Jr. and Lance Archer, as well as one-off matches he had, such as Kurt Angle and Shelton Benjamin. Current WWE stars like Karl Anderson and Finn Balor (Prince Devitt in NJPW) get plenty of ink too, especially with Nakamura’s relationship with Anderson dating back to their time together at the Los Angeles dojo.

Besides getting used to the Q&A format — without the questioner ever identified, at least from what I could see — the other flaw is that it is a little bit kayfabe, in the sense that he reveals tons about his life, his opponents, his travels, but very little about the behind-the-scenes machinations of the New Japan Pro Wrestling head office, or the bookers/matchmakers that made his success possible.

The book originally came out in 2014, in Japanese, as Nakamura shinsuke jiden kingu obu sutorongu sutairu : Nisengo nisenjuyon. I can’t imagine the work that the translator, Jocelyne Allen, did making an English-language version, but kudos to her.

At one point, late in the autobiography, Nakamura compares his life to manga, the Japanese style of comic book, which works as a good metaphor for King of Strong Style: 1980-2014. There are surprises as you turn the page, both visually and with what he has to say.

Even without being hardcore into his career in Japan, I’ll give King of Strong Style: 1980-2014 a hearty “yeahOH!”