During the mid to late 1960s, the number one wrestling promotion in the world was World Championship Wrestling, run by Jim Barnett and partner Johnny Doyle in Australia. A recently-released documentary, Over The Top Rope, documents the timeline of WCW from its rise in the mid ’60s to its closure in 1978. 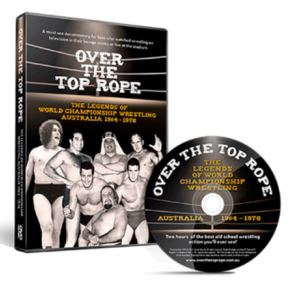 Barnett and Doyle, already established promoters at various points in North America, traveled to Australia in 1964 to examine the wrestling scene for potential opportunity. There had been wrestling in Australia off and on again since the beginning of the 1900s. It was Barnett and Doyle who combined pro wrestling with television. They presented the first World Championship Wrestling show on October 23, 1964, at the Sydney Stadium. WCW took off, and the main factor was the television slot on Australia’s biggest station, Channel 9. 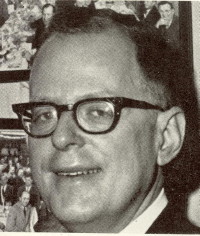 The regular live shows across the country meant that local Australian wrestlers such as George Barnes, Ron Miller, Larry O’Dea, and Johnny Boyd, began to work on a steady basis. However, the most lucrative spots were given to foreign talent such as Dominic DeNucci, Spyros Arion, and Mario Milano.

The first glory era was built around the Italian-Canadian DeNucci, and he won the world heavyweight championship in 1964. Later, Arion a star from Greece, led WCW in 1965 with his win of the championship. Milano, an Italian, was the last big babyface to carry the gold during the glory era during 1967.

The brilliance of Barnett came from his knowledge about the large population of Italian and Greek migrants that lived in Australia. The company had a simple good against evil storylines that compelled people to see the babyface defeat the evil heel, such as Killer Kowalski.

Channel 9, which aired WCW for years, decided that the current product was too violent and edited shows rather than broadcast them live. This led to Barnett’s decision to sell WCW since he was in control of of it for the last nine years and felt that he would not be able to control WCW in the future. 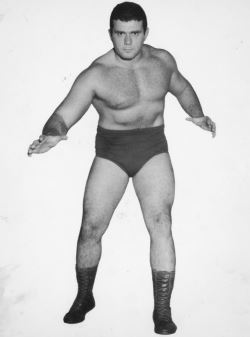 Barnett proceeded to hot shot the territory to make all the money he could before he sold WCW. War ranged between the People’s Army, with babyface Mark Lewin, Spiros Arion, Sheik Wadi Ayoub, King Curtis, Mario Milano, Killer Karl Kox, and Angelo Mosca. The “general” Big Bad John led the bad guy side with Hiro and Hito Tojo, Abdullah the Butcher, Waldo von Erich, Bulldog Brower, Don Fargo, Tiger Jeet Singh, and Blackjack Slade. The matches between the armies were bloody and brutal, which took WCW to some of its greatest heights.

By 1974 Barnett had left and Tony Kolonie became the promoter for WCW. Unfortunately, for Kolonie, Barnett had the battle of the armies blow-off while he was still a promoter of WCW, which resulted in Kolonie obtaining a company that was past its prime and was on its way down.

Kolonie did not have any knowledge of wrestling but applied himself to learning the wrestling business. Since WCW was very profitable, its likely that Kolonie went into the deal as purely an investment. Kolonie was the first promoter to bring Andre the Giant to Australia. He also innovated the use of two rings at the venue. Despite attempts to regain its high popularity, WCW faded off the air at the end of 1978. 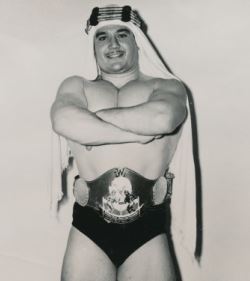 Wrestling historian Libnan Ayoub (whose father wrestled as Sheik Wadi Ayoub and Damian Kringas present a comprehensive documentary with interviews with wrestlers including Spiros Arion, Mario Milano, King Curtis and Abdullah the Butcher. Referees, commentators, and fans were interviewed, which gave the documentary depth beyond the wrestling and business side. The DVD booklet has many different facts and photos that are a great addition to the full-length documentary and extra features.

Over The Top Rope: The Legends of World Championship Wrestling Australia 1964-1978 can be purchased at this link.