With an injured knee, Sacramento, California-based wrestler Virgil Flynn III recently concentrated on promoting for his pro wrestling fix. However, on July 18th, he suffered a stroke, and died. He was 33. The NorCal wrestling community is reeling.

“One of my favorites in norcal and one of nicest, talented and most professional people I’ve met in this business,” wrote Impact Wrestling star Brian Cage on Facebook. “Heartbroken and in disbelief that he has just passed. I just worked for his promotion on his birthday and in his hopes to have a match together which I looked forward to.”

“Rest in Peace to Virgil Flynn, always a good dude. Much love and respect and prayers to his family during this tough time,” posted Santino Bros Wrestling Academy to Twitter.

A.J. Kirsch had just seen Flynn: “He came over last night after dropping his family off at the airport. We went over the booking for his next show on August 4. He seemed completely fine. Today, he had a stroke and passed away. I guess you just never know. Goodbye, Virgil.” 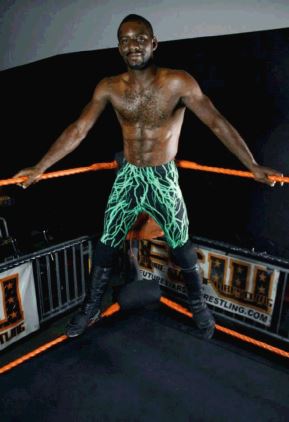 Small even by pro wrestling standards today, at 5-foot-6, 132-pounds, Flynn made friends easily. There are few promotions in Northern California that he wasn’t a part of at some point, including Future Stars Of Wrestling, Gold Rush Pro Wrestling, All Pro Wrestling, Supreme Pro Wrestling, and the innovately-crazy Hoodslam in the Oakland-San Francisco area. One fan noted his favourite ever bout was by Flynn and non-WWE referee Drake Wuertz in Hoodslam. “My favorite @HOODSLAM match ever is @VirgilEFlynn vs. @WWEDrakeWuertz at 80’s for the Ladies 2 Electric Boogaloo,” wrote @j_ram2. “I just heard of #VirgilFlynn passing away. R.I.P. Way too young. May he forever be cannon balling his opponents in the great #HoodSlam ring in the sky. #FTF this hurt”

Flynn had been running shows under Virgil Flynn III Productions, primarly around Sacramento, for a few years now.

But in June 2018, he tore his ACL, MCL and meniscus in his knee and was sidelined from wrestling.

A note from the promotion said things were up in the air: “All of us at @VF3Prod are devastated to learn that earlier today, @VirgilEFlynn suddenly passed away. We don’t know what this means for the future of @VF3Prod. Right now, our focus is the Flynn family and healing after this heartbreaking loss.”

On a larger scale, Flynn’s appearances with Jeff Jarrett’s Global Force Wrestling promotion in 2015 probably brought him the most attention. He appeared on GFW TV, losing to IWGP Junior Heavyweight Champion Kushida. Later, he made the finals to crown the inaugural GFW NEX*GEN Champion, beating Trevor Lee and PJ Black along the way. In the finals, on October 23, 2015, it was won by Black, over TJ Perkins, Jigsaw and Flynn.

Women’s wrestling star Christina Von Eerie was devasted by the news: “I’m heartbroken and sick inside. #VirgilFlynn is hands down one of my very best friends in the world. Life will never be the same without him. I don’t even have the words to explain how much Virgil means to me. He was my big brother, and if it weren’t for him, I honestly believe that I wouldn’t have become the person I am today, or accomplished what I did in wrestling at such a young age. He took me under his wing and taught me how to learn, those 1st few years of wrestling school. Making sure I got to and from practice. Pointing out all my fuck ups, then telling me how to fix them. This is so hard to accept. To say I will miss him in an understatement. I wish I could hear you yell “CANNON BALL!!!!” again. I know if Virgil were still here, there’d be one thing he’d be sure to tell me…he’d look deep into my eyes and say “…my nuts itch!” RIP Virgil Flynn III … Thank you for 14 years of unconditional love, and friendship.”

Flynn and wife Kathi were married in 2005. He is survived by his wife and children. Funeral arrangements are not known at this time.