“Dangerous” Danny Davis insists he wants a good, clean interview. The request is a sharp contrast from Davis’ wrestling days when he infamously portrayed a crooked referee who made the transition to wrestler in the WWE. These days, Davis has traded in the powerslams and the stripes for the power of positivity, reminiscent to the likes of Diamond Dallas Page. And he’s looking to inspire and encourage readers of all ages with his first book, Mr. X – The Life Story of Dangerous Danny Davis.

Davis was first approached about a book by Kenny Casanova of Walking on Hot Waffles (WOHW) Publishers, which is behind the wrestling autobiographies of Kamala and Brutus “The Barber” Beefcake. Davis declined, not wanting to add to the plethora of wrestling books already saturating the marketplace. He had the mindset that readers wouldn’t be interested in his life story.

Casanova was persistent. He kept in contact with Davis, making him “feed (him) a number of stories from his life.” As he learned more, particularly about Davis’ early years being a poverty-stricken street kid turned street fighter, Casanova knew the outcome would be more than just another wrestling book. 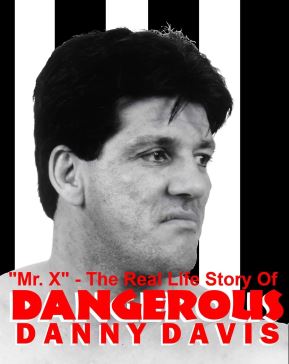 “At first we weren’t sure what angle to take,” revealed Casanova, the ghostwriter of the book, in an email interview with SLAM! Wrestling. “But once we decided that it would be a good story about work ethic and following your dreams, and one that would target an audience of young high school students and young adults, we knew we had something.”

The result is a slim, but filler free, read that is an unexpectedly heartfelt and unflinchingly honest look at Davis overcoming obstacles that would break and defeat almost everyone. And even more shocking is the fact that Davis goes through most of these trials on his own and as a young adult. (Full disclosure, this writer had to finish the book in one sitting.)

From the beginning pages, Davis is stealing a Christmas tree, presents and decorations just to provide some semblance of a joyous holiday for his mother and five siblings. His father, an alcoholic, left the family when Davis was 11 years old. He’s spending his days on the streets as the family home, an apartment, doesn’t have much room to spare. He endures brutal reform schools, makes meager earnings by street fighting and almost faces life in prison. And those were just the stories Davis decided to include, there were many more that he felt would be too much for readers.

“I mean there were times that people would see me in their neighbourhood and call the police right away,” remembered the 62-year-old Davis, who was born, raised, and resides in Massachusetts. “That’s how bad I was and the police would come and tell me I gotta leave. I mean I was thrown out of towns. I was a bad, bad person. It’s kind of a tough road to go, and the people that were with me lived it too. Unfortunately, a lot of them didn’t make it.”

Readers can be forgiven for not initially seeing a hopeful outcome to Davis’ story. Davis often faced this same sentiment from the people around him.
“I was told my whole life that I would never become anything,” recalled Davis. “That I would end up in jail or dead and I was no good. I always knew in my heart that I would accomplish something in life that would help other people or help myself to become a better person and it worked for me. The rest is history.”

Davis’ journey to the wrestling ring literally started with the squared circle. After attending a wrestling show, Davis was asked to help take down the ring. The experience led to an ongoing ring crew gig. Davis explained in the book: “I started putting up the ring for the WWWF (World Wide Wrestling Federation, which became WWF and is now WWE) for the better part of 1975 and on. I did whatever I could to get to the shows. I got rides from kids from school, promising them a free ticket. I led on girls who had cars, just to convince them to drive me out of town. I even had my boys steal a car now and then, just so I could get to work.”

The beginnings of his journey were humble and far from glamorous, but for Davis the experience reiterated the lesson that aspirations, whether they are wrestling based or not, can only be achieved by dedication and hard work. Nothing happens by magic.

“I lived in my car, well whatever car I could find,” Davis pointed out. “I slept in there. When I started in wrestling, I was making $20, $30 a night, a couple tickets, and when I was done putting the ring up they just said, ‘See you later.’ I had to live back on the street. I stayed with it even though I wasn’t making money. I starved to death. But with my wits, I could make enough money to be in the next town to help that guy put up the ring.”

Davis would eventually be put in charge of transporting the ring to the wrestling shows, by none other than WWE Chairman Vince McMahon. And with his past of being a street kid always in the back of his mind, Davis was quick to always say “yes” to any additional opportunities that would come his way. He agreed to let wrestlers practice their moves on him before shows. He worked in merchandising. He even took to designing some of the t-shirts. He became a handler for the late Andre the Giant. Fatefully, he was asked to referee (on the same night that Howard Finkel debuted as a ring announcer no less) which often led to pulling double duty wrestling under a mask as Mr. X and refereeing as himself on the same shows. Davis’ attitude and work ethic would keep paying off just in time for the first ever WrestleMania. 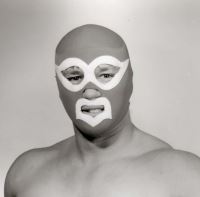 “I am proud to say that I was around for the very first one,” Davis shared in the book. “What? You don’t remember me there? While I was not in a match or anything, I set up that ring. There is something to be said for taking pride in what you do. Everyone plays a part, everyone is important, and everyone is needed in order to find success in any project. If there was no wrestling ring, there would have be no wrestling. I’m proud to have played a part.”

Davis’ endless ambition would lead to a run as the aforementioned shady referee and eventually to wrestling as “Dangerous” Danny Davis. He would debut his new moniker at WrestleMania 3, teaming with the Hart Foundation against the British Bulldogs and Tito Santana. Davis would even score the pinfall, with a little help from Jimmy Hart’s megaphone. Davis’ experience as a former street kid would continue to play a factor in his career, but this time it served as a double-edged sword. His street knowledge taught him not to indulge in the vices and addictions that have plagued many a professional wrestler. (“I was a street kid, I knew that stuff was no good!” Davis said incredulously.) But not wanting to ever experience the poverty of his youth again, Davis did not implement any work/life balance. He was constantly on the road and away from his wife and son. The marriage would not survive. 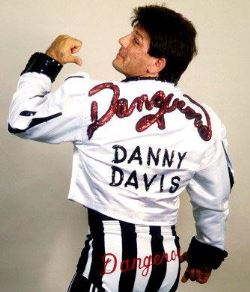 “I sacrificed my being at home perhaps when I should have been at home the most,” Davis expressed in the book. “My job made me miss mostly all the big days like Thanksgiving and Christmas morning with my wife and son, but that’s not all. I missed my anniversary. I missed my son’s birthdays. I missed his first day at little league. Sure, I was providing as far as money was concerned, but I wasn’t providing myself. I would send presents, but I wasn’t present.”

As the years progressed, it became evident that Davis’ son was going down a path similar to that of his father’s. Davis made the decision to quit wrestling and shift his focus to raising his only child. He would go on to gain full custody of his son. For Davis, the experience came with yet another lesson. Wrestling doesn’t last forever. Fortunately, Davis was able to make use of a Class A truck driver’s license he acquired during his wrestling days, along with taking on other odd jobs to support his family.

“For a man to get custody of a child, I was under a microscope,” reflected Davis. “I will never, never regret leaving the business to raise my son. So when I left wrestling to raise my son, I put as much dedication into raising him as I did in my wrestling career and what happened was everything turned out good. I’m not saying that to pat myself on the back, but my son is a grown man now. He just turned 29 years old and he’s in college. He’s a good kid and I think I did a great job.” 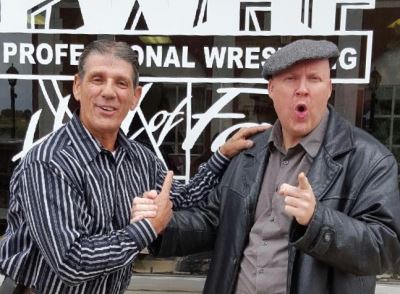 Currently Davis considers his status as “mostly retired.” Although he does take on odd jobs such as working on a farm and the occasional appearance at various conventions and wrestling shows. But his new priority is sharing his story. Davis sees his book as his new full-time job. He is adamantly committed to getting it into the hands of youth and anyone else who needs to carve a better path in life and/or achieve a dream.

“If this book can help one young person follow their dreams, develop a work ethic, and also understand the importance of making the right decisions in life, I will consider these words to be a success,” concluded Davis in the book.