Killer Kross a name to watch 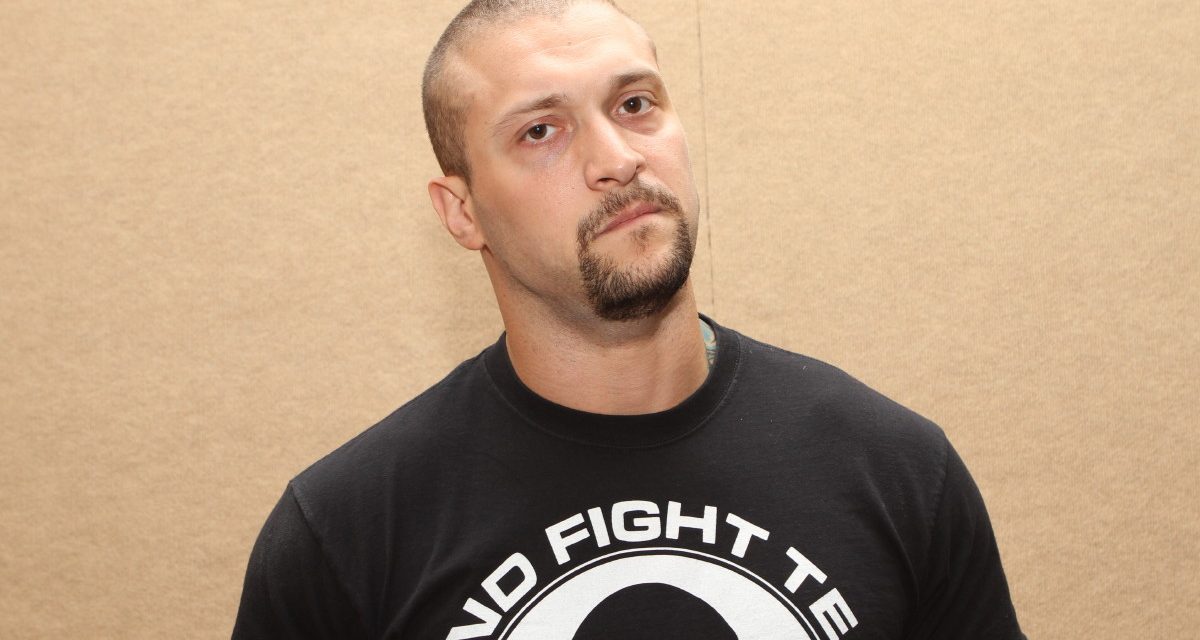 The recent news that Kevin “Killer” Kross has arrived in Impact Wrestling brings to mind the logical question — who is Kevin Kross? Well, there’s a reason he was given the Rising Star Award by the Cauliflower Alley Club at its May reunion. Kross is one to watch.

Perhaps you have already seen him too, as his journey has taken him throughout the United States, into Mexico for AAA, to India, and Japan, plus high-profile spots in Jeff Jarrett’s Global Force Wrestling, House of Hardcore and Lucha Underground. 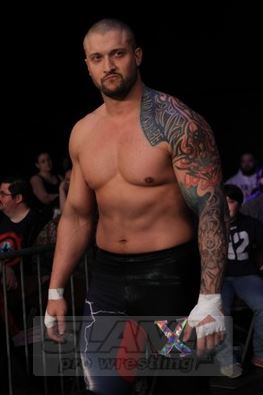 Kevin Kross at a House of Hardcore show in March 2018. Photo by George Tahinos

The 6-foot-4, 270-pound specimen has only been wrestling since 2014, but his association with combat sports goes back much further.

“My life as a kid usually had me going to sleep in my own bed, and then waking up around 6:30 a.m., 7 a.m. in a gymnasium or a boxing gym, and there’d be the sounds of somebody hitting a heavy bag, or somebody’s head hitting the canvas, or collegiate wrestling,” Kross told the audience at the CAC Baloney Blowout dinner in Las Vegas at the Gold Coast Hotel & Casino. “My father was a wrestler and a boxer, and my grandfather was a boxer as well. Combat sports was just a part our family culture. I grew up in an around it.”

While fighting was everywhere, Kross said “it felt like a chore. It was hard, it was really hard.”

He found himself drawn to professional wrestling on television, which his family tolerated, and ignored his mentions of wanting to be a pro wrestler. “It was kind of taken as a big joke, because here they are, these legitimate tough guys, doing the wrestling, doing the boxing, and then there’s everyone jumping around in gimmicks and such. But they allowed me to enjoy; I think they enjoyed it too. I grew being very comfortable in conflict, and that’s kind of what sports combat threw you into, it was teaching you how to manage conflict, teaching how to manage yourself in conflict. So I just had this comfort zone with conflict.”

The 32-year-old Kross grew up enjoying ECW and WWF’s Steve Austin, but it was Brian Pillman that truly inspired Kross. “Brian Pillman was simply the most magnetic person I think I’ve ever seen in my life in this business,” Kross said. “He took people all over the world on a ride that they were so sure wasn’t real, and made them believe otherwise. Even to this day, that is the greatest power you could possibly possess in this performance art, and it cannot be taught. I’ve always strived for this, and I learned the value of it from watching him.”

But pro wrestling wasn’t Kross’ plan. He moved to Las Vegas in the early 2010s and followed in his family’s footsteps, studying mixed martial arts, including judo, muay thai and more.

“I wanted to fight professionally. I found that I could hang with a lot of guys that I was seeing competing on television and I thought it would be a good move,” recalled Kross. “I did my practice, I’d come home and I’d watch pro wrestling. I wasn’t even watching the fights really that much, it was always back to pro wrestling. It was this passion. So when I moved here and I got into the full swing of things, I was in the camps, and I was going through the motions of getting ready to fight pro and something was not clicking. It was undeniable. I thought maybe in the beginning I was just, I don’t know, in a bad mood or something, but I don’t think a bad mood lasts for a year and a half.”

“There was a fulfillment missing. I couldn’t figure it out, so one day I just went down to Future Stars of Wrestling, it’s a wrestling academy here in Las Vegas, and I started training. I immediately knew the moment I walked in the doors and I got in the ring, I was like, ‘This is where I was always supposed to be.’ Everything just began to click.”

Then there was the rush of working in front of a crowd, getting them to respond, a radical turn from combat sports.

All those years in combat sports were a good groundwork because he at least understood his own capabilities. “I had a very expansive education in how to manipulate the human body, my own mobility patterns and how to put all of that together prior to pro wrestling,” Kross said. “Coming into the art, this was definitely a major advantage for all of the obvious reasons.” 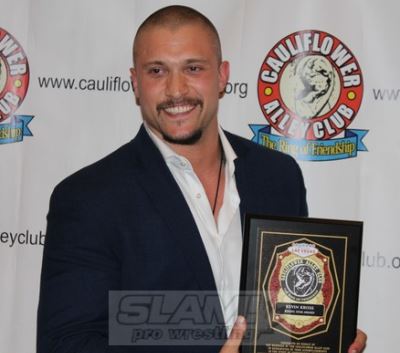 Kevin Kross with his Cauliflower Alley Club’s Rising Star Award in May 2018. Photo by Greg Oliver

Scott Hosey, a Las Vegas mover and shaker in the wrestling industry, introduced Kross at the CAC event, and praised him. “He brings the old-school approach to storyline matches in the ring,” said Hosey. “He’s always the first in the building and last to leave, working on his skills before all the other workers arrival or leave. When his opponent’s not in the building, he actually sits there and works through his entire match by himself. His dedication and professionalism is a plus to our sport.”

Sonjay Dutt was the booker for Jeff Jarrett’s Global Force Wrestling and hired Kross for some of those shows, and had plans to keep him involved. Now that Dutt is a backstage writer/producer with Impact Wrestling, Kross is in his plans again. “I think he’s definitely going to be a force to be reckoned with. The way he presents himself, the way he carries himself, it’s extraordinary especially for a guy that’s only been in the wrestling business for maybe five years,” said Dutt, acknowledging that Kross got into the sport a little later, so brings some perspective. “He’s a little more mature in his personal life, maybe not his professional wrestling career, but I think that sometimes helps you and it helps you understand and present yourself, and carry yourself in pro wrestling.”

Aside from the in-ring action and the performance itself, Kross has found great joy dealing with fans.

“Something really amazing happened in pro wrestling. There’s something more to it, and there’s something more powerful than the holds and the stories that we’re telling,” he said. “I came to find when I started working for other people, they started reaching out privately, fans and people, they were saying that the things that we were doing in the ring, the stories we were telling, the performances, it was helping them cope through things in their life, cope through grief, cope through loss, cope through terminal illness. It was just this very, very surreal stroke of universal balance where subconsciously I was tired of conflict and violence, and I eventually I really just followed my heart into pro wrestling. And I would never have imagined it’d happen like this, but I wound up in a strange way kind of learning how to help, motivate, inspire and heal people. I didn’t realize how much I actually needed that.”

Kross recognizes that he is hardly done learning, that the crowds in the Impact Zone will be different than the fanatical masses fired up as he wrestles Dr. Wagner in Mexico, or the boozed-up, spot-loving, chant-monkeys at PWG. He’s game for the education.

“It’s a funny thing, and I think a lot of guys in the business will relate to this, one year you think you’ve got it all figured out, and then the next year you realize that you didn’t have anything figured out and you’re on a whole new level, with new eyes and a deeper education of what we’re doing. And I think that’s actually a reflection of the times. I think wrestling, from a sociological standpoint actually reflects the way society is. Wrestling will change with how the world changes.”

The path Kross initially set out on changed and led him into professional wrestling. Those who get in his path as he continues to ascend the ranks had better watch out, or they will be paying a steep toll.

— with files from Kari Williams