New Japan Pro Wrestling’s Best of the Super Juniors tournament is an annual showcase of some of the best wrestling matches you will see all year. Established in 1988, the tourney has been won by such stars as Jushin Thunder Liger, Pegasus Kid (Chris Benoit), Black Tiger II (Eddie Guerrero), Ricochet, Kushida and Prince Devitt (Finn Balor). 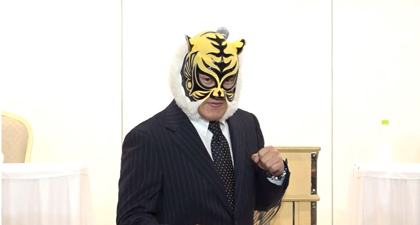 Tiger Mask IV won the tournament two years (2004, 2005) in a row. It is a feat that has never been duplicated. This year, he won three matches, lost four, and ended up tied for third in A Block.

The information that those stats don’t impart is that, whether he won or lost, Tiger Mask IV is having some of the best matches in the entire tournament — and he’s 47 years old. For someone who is nearing the end, not the beginning, of his in-ring career, Tiger Mask IV is not only hanging with wrestlers half his age, like Flip Gordon and Will Ospreay, he is surpassing them and bringing the very best out of them.

He has never been an IWGP Heavyweight champion or an IWGP Intercontinental champion and he deserves to be after his Super Junior performances this year. While the Heavyweight championship may not be in the cards unless NJPW wants to pull a “one last run” angle, there is no reason he cannot carry the Intercontinental championship especially with the revival of the Tiger Mask animated series.

Moving him up to the heavyweight division wouldn’t be any different than when they elevated Beretta, Jay White or more recently, Taichi. Tiger Mask IV could have some incredible matches, feuds with Cody, Kota Ibushi, Tama Tonga or even Hiroshi Tanahashi or Hangman Page. 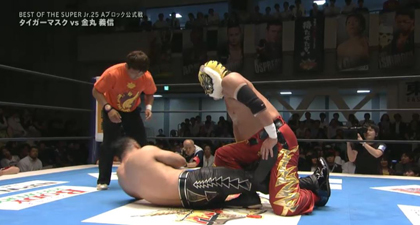 If nothing else, another IWGP Junior Heavyweight Champion run would be great, especially if the bookers had him face Jushin Thunder Liger in feud of the NJPW legends. Those matches would be spectacular.

At present, Tiger Mask IV is a curtain opener with Jushin Thunder Liger. They usually team them in multi-tag matches with others who are not spotlighted on the particular card. You know, to get the crowd pumped up. While the respect is always there from the crowd and the other talent for Tiger Mask IV, such as how Will Ospreay bowed to him during their match on Day 11 of the tournament, one way NJPW management could recognize all of Tiger Mask IV’s dedication is to give him that title run. It is the very least they can do. As he has proven in this year’s Best of the Super Juniors, he hasn’t lost a step and is still one of the very best not only in NJPW but in the industry itself.