Jimmy Jacobs, with a gifted mind for professional wrestling, believes that he’s on the forefront of the return of the manager to the spotlight. And like that other headlining manager, Paul Heyman, Jacobs has a beast in his corner too, one that he has a long history with.

When the massive Kongo Kong heads to the Impact Wrestling ring, including this weekend at two TV tapings at Windsor, Ontario’s St. Clair College, Jacobs accompanies him. It’s a team 20 years in the making. 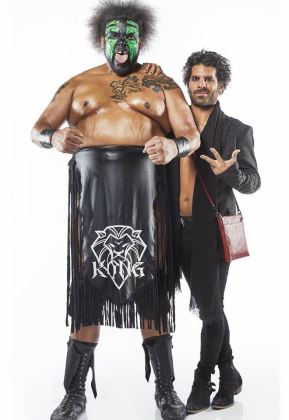 “I’ve known Kong for 20 years, as long as I’ve known anybody else in the wrestling business,” said Jacobs of Steve Wilson, who portrays Kong. “He’s an athletic guy, he’s a guy that can go out there and have these matches, the Monster’s Ball Match with Abyss, and he can go with smaller guys too. I’ve wrestled him over the years, and he and I get a good match.”

Jacobs, who also serves as a writer and producer with Impact Wrestling, sees managing coming back.

“Managing got out of the spotlight somewhere in the ’90s, the Attitude Era, when the era of the valet took over, in WWE in particular. From that respect, it’s a lost art. Nowadays, though, look at a guy like Paul Heyman, who’s very, very, very good at what he does, who is as important to the Brock Lesnar package as Brock Lesnar is, I dare say,” said Jacobs of Heyman, “advocate” to “The Beast Incarnate.”

With a long history in and out of Ring of Honor, “The Zombie Princess” cited another example: Truth Martini. “Jay Lethal was a star in Ring of Honor, but he went as far as went. They put Truth Martini with, he became Ring of Honor World champion. That was not by accident,” said Lethal. “So I don’t think it’s a lost art; I think there are guys capable of doing it, and I’m trying to show that I’m one of those guys.” 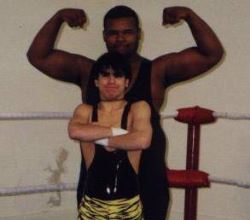 Kong and Jacobs many, many years ago.

Just about every indy show has a manager on it, though they are often personalities who want to be a part of the show but aren’t physically capable of the bumps.

“I just think it’s coming back,” said Jacobs. “I think that for so long, it was a WWE policy. WWE really sets the tone for everything else in this business, this kind of trickle-down effect. It was literally a policy, ‘Hey, we don’t hire male managers.’ It’s really just something that’s just got going again, I think in the last handful of years.”

“If I was flipping channels and I see that guy, I want to know, ‘Who is this guy? What is this guy?’ So in a business that has gotten, the average size of the performer these days is smaller than it has been, going down in size over the years. So Kong has that size, he has that look. He’s a good that has abilities too,” said Jacobs.