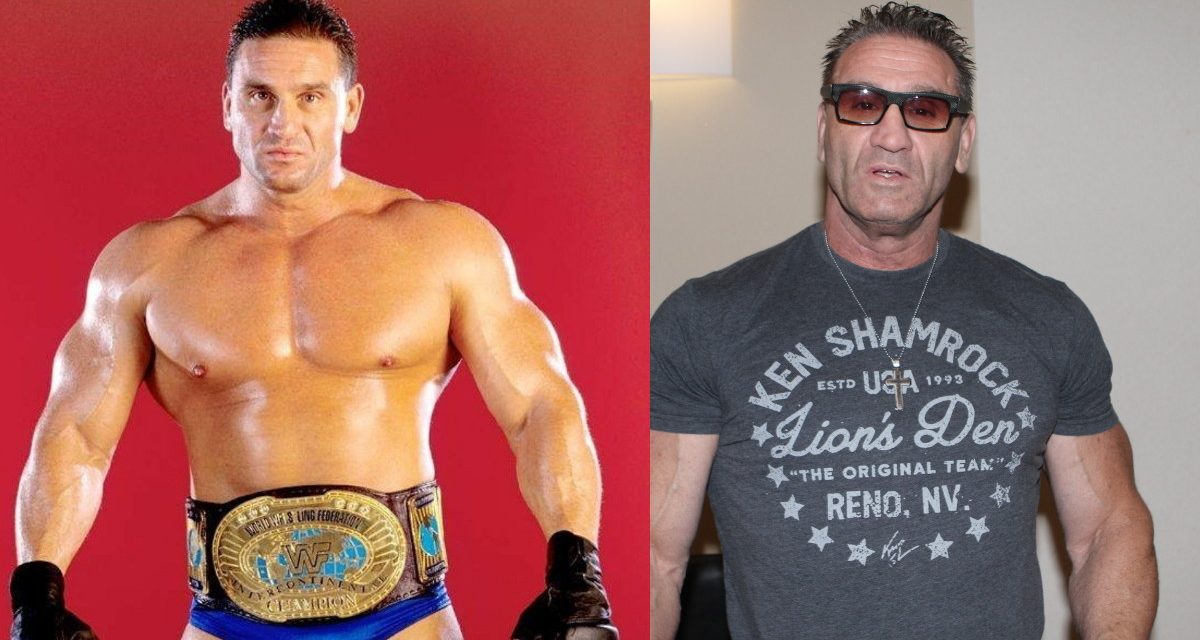 A doctor told UFC fighter Ken Shamrock that, as a teenager, a broken neck would prevent him from ever playing sports again. But the now-retired professional wrestler received some tough-love advice while in the hospital that set the course for his hall-of-fame-worthy athletic accomplishments.

“When I was told that, at 17 years old, I didn’t understand how real that was,” Shamrock said. “One thing that [my father] said was definitely straight forward and aggressive — ‘You can just lay there and pout, or you can get up and do something about it. You have a choice to be able to lay down or stand up.'”

So Shamrock focused on getting stronger and returning to the athletic realm he truly wanted to be involved in. This led to his namesake becoming synonymous with mixed-martial arts and ultimate fighting.

“I had a great career, and I want to make sure in this part of my career I show my appreciation,” said Shamrock, who kicks off his first spoken-word tour June 2 in Waterloo, Ontario.

Shamrock’s interest in mixed-martial arts and ultimate fighting spawned from Dean Malenko showing him footage of athletes in Japan kicking and punching, while also incorporating ground-based fighting. This set off a journey that would propel Shamrock to the top of both industries, becoming the first UFC Superfight Heavyweight Champion, the first Pancrase Heavyweight World Champion and a four-time UFC heavyweight champion.

The World’s Most Dangerous Man also was key in helping cement future stars in the industry through his Lion’s Den training camp.

It was the “true first MMA gym in the United States,” according to Shamrock, and he started it out of necessity. When he returned from fighting in Japan, he had nowhere stateside to train.

“There was no such thing as grappling and boxing put together,” Shamrock said.

He started bringing people into the gym, training athletes with kickboxing and wrestling skills, such as Vernon White, Pete Williams and Guy Mezger.

“[We were] training in both styles… but I had to develop a training system, and I had to create it before it was ever thought of,” Shamrock said.

CONTRIBUTIONS TO THE INDUSTRY

Shamrock’s battles with Royce Gracie and Dan Severn helped propel the sport — new to the United States — into the mainstream. Gracie and Shamrock first locked up in November 1993 in a contest that saw Shamrock submit to Gracie in less than a minute. Their second battle occurred two years later, in a ground-based war that lasted more than 30 minutes and ended in a draw. The third bout wouldn’t come until 2016, and Gracie bested Shamrock with a controversial win in less than three minutes.

Shamrock became the inaugural UFC Superfight Champion, defeating Severn at UFC 6 in 1995, and they wouldn’t face each other again until UFC 9, when they competed for 30 minutes, with little action occurring during that time.

Without those rivalries, according to Shamrock, none of them would be “as relevant as we are now.”

“For anybody, especially when you’re talking about sports, there has to be a rivalry for people to remember and have some great moments,” Shamrock said. “So without rivalries, without me, their careers are probably not as prevalent. It takes two people to really keep going.” 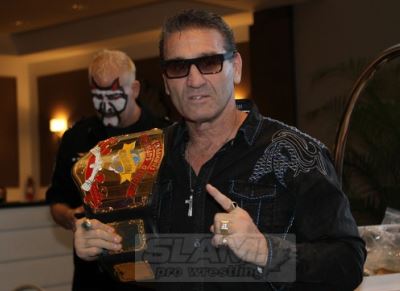 The UFC Hall of Famer, who emerged from retirement in 2015, said the biggest change he has seen in MMA and UFC since returning to the octagon, is fighters losing their identity.

“If you look back in the day, all the fighters had their different identities,” Shamrock said. “They were strikers, grapplers.”

The various personalities and identities — Gary Goodrich, for example — made the industry exciting.

“Everybody had this different personality and they were able to carry that into the fight with them,” Shamrock said. “Fans would attach to those personalities… It’s too organized [now] and you can kind of see the excitement in the events kind of fade away. It’s not entertainment anymore. It’s fights.”

But as far as his biggest contributions to the MMA and UFC industries, the World’s Most Dangerous Man said he provided visibility and marketing.

All of this led to the culmination of his fighting career — becoming the first inductee into the UFC Hall of Fame in 2003.

“It’s kind of like it’s the finish,” Shamrock said. “When you start something, you always say to yourself, ‘I want to be the best.’ Say you achieve that, but when people honor you in that way as being in the hall of fame, they’re saying to you and the fanbase that you were relevant in making this company better because you are going to be remembered forever.”

FROM UFC TO WWF

Discussions in the late-1990s to negotiate a better deal with UFC didn’t pan out, and Shamrock had his gym, his home, 10 fighters and his family to support.

“I couldn’t make ends meet with what I was getting from that particular contract,” Shamrock said.

As he searched for other opportunities, Shamrock said, pro wrestling seemed to be an arena that would allow him to “stay within [his] submission skills.”

“I don’t regret it because I really appreciate the time I had there,” said Shamrock, who wrestled for the then-World Wrestling Federation from 1997 to 1999.

Shamrock said his fondest memories in WWF were with The Rock, who held the Intercontinental Title at the time. From WrestleMania to house shows, Shamrock said he “really enjoyed that time because it felt like there was a direction.”

“Both of us were climbing fast,” Shamrock said. “Those were really, really good times for me.”

However, Shamrock, who also held the IC title and won the 1998 King of the Ring tournament, said he would have liked to take on WWE Hall of Famer Kurt Angle in a stipulation match.

“Angle came in and was using the leg lock,” Shamrock said. “A lot of fans were saying, ‘Who does the leg lock the best?’ I always thought me and Kurt could have had a leg lock match.”

As the first MMA athlete to transition to the world of professional wrestling, WWF introduced the wrestling audience to Shamrock in a special guest referee capacity. He officiated what would become arguably one of the best matches of all time — Bret Hart v. Steve Austin at WrestleMania 13. Initially, Shamrock said, he was “a little bit skeptical” about the match.

“I [remember thinking], ‘I just don’t want to have to go in there and do this if these guys are slapping each other and crying and selling,'” Shamrock recalled. “I was a little bit not sure about how I was going to do this. I didn’t want to sell myself out on something that was fake. I was definitely very, very happy with the way things turned out… There was nothing soft about it. I felt right in place, like I was reffing an MMA match.”

Shamrock said the battle between Hart and Austin “really” sold the transition to the Attitude Era.

‘YOU’RE NOT A STAR ANYMORE’

One of the opponents in that infamous feud was key to Shamrock’s own transition. The Hitman himself reminded Shamrock that a majority of the locker room worked their entire lives to get to WWF.

“[Bret Hart said that there’s] going to be some jealousy, and you have to be ready for that and not be confrontational and be understanding,” Shamrock recalled.

Hart also helped Shamrock understand the psychology of the sport.

“Everything I did in the ring needed to transfer over into pro wrestling without actually going in and breaking everyone’s legs,” Shamrock said.

Athletes transitioning to the pro wrestling realm, according to Shamrock, have to be open minded, work hard and not surround themselves with people who “don’t put them in uncomfortable situations.”

“You need to bring in people who are professionals at that thing you’re doing… [and who are] going to put you where you need to be,” Shamrock said.

That being said, the World’s Most Dangerous Man said former UFC fighter Ronda Rousey’s WrestleMania debut in April, alongside Angle, was great “for her first time,” but with the caveat that she wasn’t in the ring alone.

“It’s a very difficult thing to do [to work a match by yourself],” Shamrock said. “I got nothing but respect and definitely love to see other people go and do those things.”

In his own transition to pro wrestling, Shamrock said he “didn’t have an idea” of what he would be able to do in WWF.

“They were the best of the best,” Shamrock said. “Coming from a different sport, I felt I definitely had to go in with an open mind and understand I was a rookie, even though I was the best at something in another discipline.”

The wrestling industry also has seen the likes of Bobby Lashley, Brock Lesnar and Sonya Deville (real name Daria Berenato) jump between the fighting and pro wrestling industries. Shamrock’s advice to those in that transition period — or considering the transition — is simple.

For more information, or to purchase tickets to Shamrock’s spoken-word tour, visit this website.