Austin Aries sees Redemption ahead (but not for Alberto El Patron) 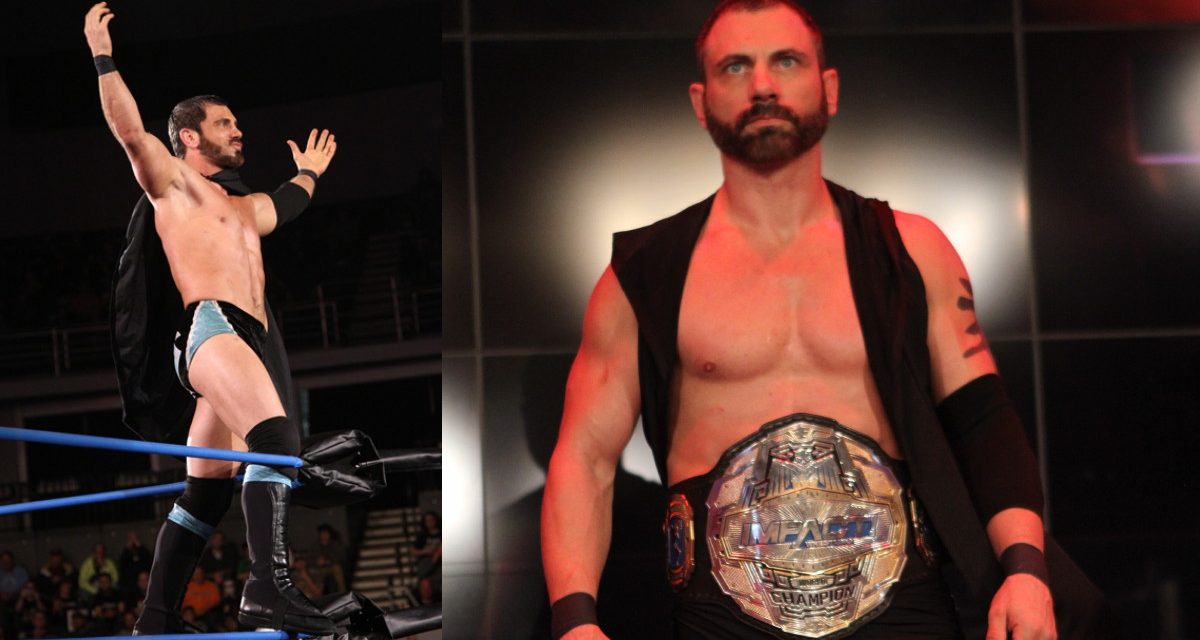 The main event of the Impact Wrestling vs. Lucha Underground show from New Orleans during WrestleMania weekend was scheduled to be Alberto El Patron and Pentagon Jr. against Rey Fenix and Austin Aries. However, El Patron failed to show up for this match, which resulted in the main event changing to a triple threat match among Aries, Pentagon Jr., and Fenix.

“It’s unfortunate but we’re moving on,” said Aries Wednesday afternoon on an Impact Wrestling media call. “I thought the match up we ended up having on the show was more challenging and more exciting. So, we’re moving forward. We’re looking forward to the 22nd.” 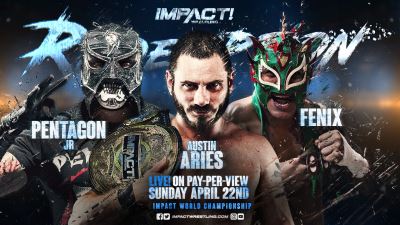 During the Impact Wrestling vs. Lucha Underground show, Aries noticed that El Patron was absent. “It was sometime during the event because I don’t see Alberto a lot when the event starts. Sometimes he may be off in his own area. With him being a professional such as he is and everybody else involved, I wasn’t overly concerned. As the event was going, I did inquire if anyone had seen him or where his location was and that’s when we decided that, that’s when I realized that he hadn’t arrived yet.”

Aries did not think that changing the match on short notice affected the quality of the match, won by Pentagon Jr. after a Pentagon Driver to Fenix; Aries’ World Championship was not on the line.

“Both those guys are talented and for me it was trying to change gears and it’s the first time working with either of those guys and getting in the ring with them. I don’t really think it affected the match so much.”

Since Aries has wrestled with many different wrestlers in many different companies, he sees himself as a liaison between Impact Wrestling and other wrestling companies. “I’ve had the history with this company. I’ve been here through different regime changes and things of that sort and I think people that know me the best, know that I went to bat when the old guard, the old hat was perpetuating and still going on,” said Aries.

“I think people know that I’m a pretty straight shooter. I give people a pretty unbiased opinion of what I think is happening right now in Impact Wrestling. I’ll be honest and I didn’t think I’d be saying this a year or two years ago, five years ago but I think right now from an overall cultural standpoint, from a locker room standpoint, coming to work and having fun and being relaxed. Taking our job seriously but not looking over our shoulder walking on egg shells, not being stressed out, and really having some creative freedom. I think this may be the best locker room in wrestling.”

“You have a mix of guys like myself that have kind of ‘been there and done that’ who are hungry for their own reasons to prove themselves and you have a bunch of younger guys who are getting their first taste of the national spotlight to step up and their hungry,” said Aries.

Impact Wrestling allows its talent to have their own voice during the shows, which is important for developing a distinct persona. “If you strip away everything that makes Austin Aries unique, which is my voice, my wit, maybe some of my move set. If you strip that away, I’m just an older small white dude. There is not a lot to work with there. So, for me it’s important to be able to go out there and do what’s made me successful for 17, 18 years because its been a journey figuring out what that is for me.”