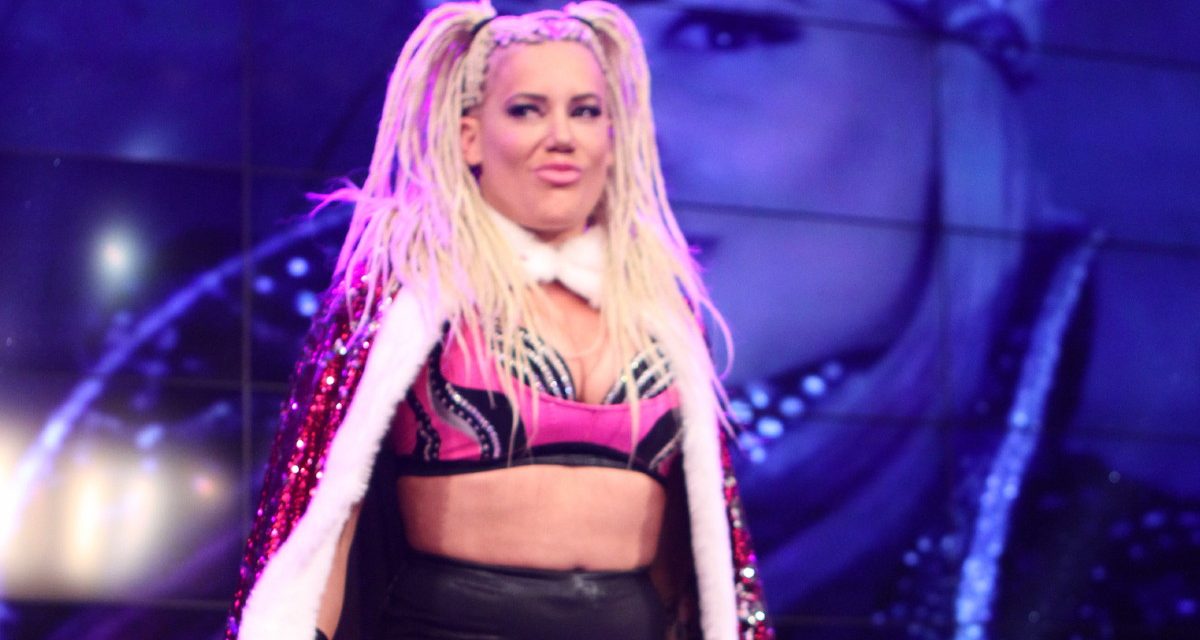 Canadian Taya Valkyrie has taken the road less traveled to make it to Impact Wrestling and to Lucha Underground. Her path started in Victoria, BC, veered throughout Western Canada, before a dramatic turn to Mexico, where she went to learn lucha libre without even knowing Spanish.

Before getting into pro wrestling, Kira Forster was a ballet dancer, studying her craft at university in Calgary, while also participating in fitness competitions. With a background in gymnastics as well, she decided to give pro wrestling a while, and signed up for Lance Storm’s Storm Wrestling Academy in Calgary.

“Training at Lance Storm’s school is the best, best place to learn. Lance is the best at teaching the fundamentals and sending you on your way ready to be a pro wrestler,” said Valkyrie on an Impact Wrestling conference call Wednesday afternoon.

While there, she was featured in the documentary series, World of Hurt where Rowdy Roddy Piper trained a select group of up and coming wrestlers. “He (Piper) had so much energy the second he stepped into the room. Roddy Piper was our coach and we got to spend a month with him. When we say the word reality show, take that lightly. It was just a crazy fun story with the idea of us being trained by this legend at this school in Canada.”

“He was so intense. I’ll never forgot promo day for me was one of those memorable ones and his explanation of getting your character across and having that passion that people feel through the screen is something that I try to bring every time I talk on a mic or am put in front of a camera. I was so blessed to have spent that time with him. It’s something that I will never forget,” said Valkyrie.

Shortly after completing the documentary show, she moved to Mexico to learn lucha libre.

“When I went to Mexico, the main difference was, lucha libre in Mexico is the second most popular sport to soccer in the country. So, you can imagine that there are more opportunities to train. Almost every gym in Mexico City has a ring there. Not a good ring (laughs) but a ring and there are people training there all the time. I was training three times a day every day at this place called star gym, which I had to take like three subways to there everyday,” said Valkyrie.

“The training was so mental (laughs), so intense. To start, everything is to the right, not the left. I didn’t speak Spanish when I went there so I was just guessing as to what was going on and then I had to watch people do a routine and they would say ‘you go in’ and I would have no idea. It was like I was learning how to ride a bike all over again because it was that different. Just the way you feed to a thing, turn to a different side than in American style. They refer to everything as a suplex there, even arm drags. It was such a learning curve for me but I just drowned myself in it and it was all I did.” 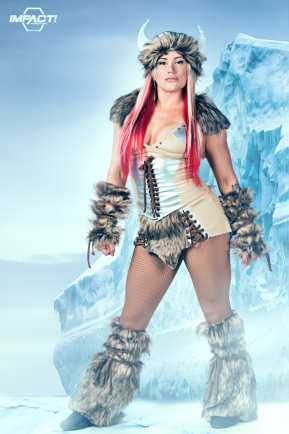 “A lot of the Lucha Underground roster has created a hybrid style. Think about Johnny Impact. He brought the hybrid style to Impact itself and I also try to incorporate all my lucha libre touches within my matches even though the style might be different but that’s what makes it cool and makes things have layers.”

“It isn’t just a normal thing that people would expect from an American style match. All the X-division matches on Impact have so many lucha inspired moves, and all the dives people are doing, and taking bigger risks, that’s lucha libre. I’m now seeing it grow and take on the world head-on in the wrestling community,” said Valkyrie.

After wrestling in Mexico and Lucha Underground, Valkyrie debuted for Impact Wrestling and attacked Rosemary.

“From the first second I got to wrestle Rosemary, I was looking forward to it. I have wanted to work with her for so long so when we finally ran into each other it was really great, some Canadian to Canadian. We just had an understanding of each other. When you really want something and its so close and you can’t have it, it makes that tension grow.”

“So that’s why I think the intensity you will see from me and her over the course of the next few weeks is going to be so much greater than it was in the fall because we just wanted to have that blow off so bad. It’s hard to be patient myself sometimes. So, it just made me think about what I wanted to do and be that much more intense with my movement with my performance and hopefully it comes across and everybody can enjoy what we created.”