When Jimmy Jacobs entered the wrestling business in 1999, his single-minded goal was to work for the WWE. In 2015, Jacobs achieved his goal of working for the WWE and was released in October 2017. He has since shifted his mind set during his new career phase.

“For the first time in my life, I’ve really enjoyed wrestling. I’ve really enjoyed being in this business. For so long it was this single-minded goal to make it into the WWE and that obsession was unhealthy. Now that I don’t have a destination in mind, I can just enjoy the journey,” said Jacobs Thursday afternoon on the Impact Wrestling conference call. 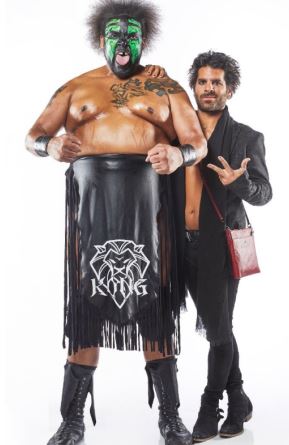 “It’s going to be a rebuilding stage for Impact, pulling no punches there. There were a lot of regime changes and now with Scott D’Amore and Don Callis at the helm, and Sonjay Dutt in creative, I think there are a lot of people there that I’ve worked with that have stabilized the company, both financially and creatively,” said Jacobs.

“Now that things are stabilized it is going to be about creating a product and creating a vision that brings back old fans and brings in new fans.”

“I talked to Sonjay (Dutt) on the phone about different things at Impact. It just seemed like a nice fit, and something that I wanted to try out. They needed somebody who could wear a lot of different hats and do a lot of different things. I have experience in all those things as far as writing and creative, and helping out with promos, and helping guys with matches, being an on-air character as well,” said Jacobs.

“Everybody there has a lot of different roles. My job is no different. I’m on a handshake deal with Impact. That was part of the deal coming in for me was that I felt so restricted for two and a half years (in WWE) and coming in now was a freedom to grow where I want to and do what I am best suited for. I didn’t always feel like that was the case in the last company I worked for (WWE),” said Jacobs.

“With the WWE a lot of the times you tread water. That’s what you do because you have three plus hours of Raw, two hours of Smackdown, an hour of 205 Live, and it’s the same the week after that.” WWE storytelling is “week-to-week, on a whim of the boss. So, you can write something on Friday and by Monday that’s out the window,” said Jacobs.

Besides trying to keep his head above water, Jacobs had his confidence rattled by the WWE. “I didn’t feel very valued. You lose your confidence when you don’t get positive reinforcement a lot. I had more nerves than 10 years ago when I was working with The Young Bucks. ‘Do I still know how to do this? Am I still okay at this? Should I still be doing this?’ It’s taken a bit of time to get my confidence back, that’s for sure,” said Jacobs.

Since Jacobs feels like he is adding value to Impact Wrestling, he is able to regain confidence. “I felt valued. I felt heard. I felt that my ideas were contributing. It felt like a good fit.”