Not everyone can go from losing to Braun Strowman in what should have been a one-off squash match to a 16-month run with the largest wrestling company in the world. But for the man with two hands and a fighting chance, that’s exactly what happened.

That moment on July 25, 2016, and the viral promo beforehand, led to the 33-year-old James Ellsworth facing then-WWE Champion AJ Styles without even being under contract, working with Dean Ambrose and becoming a beacon for hate after grabbing the briefcase during the first women’s Money in the Bank ladder match.

Ellsworth, who was released from WWE in November, can’t remember a time he didn’t want to be a wrestler. So the reaction to his viral promo was amazing to the Baltimore, Md., native — especially since his main goal was to just “do a good job.” 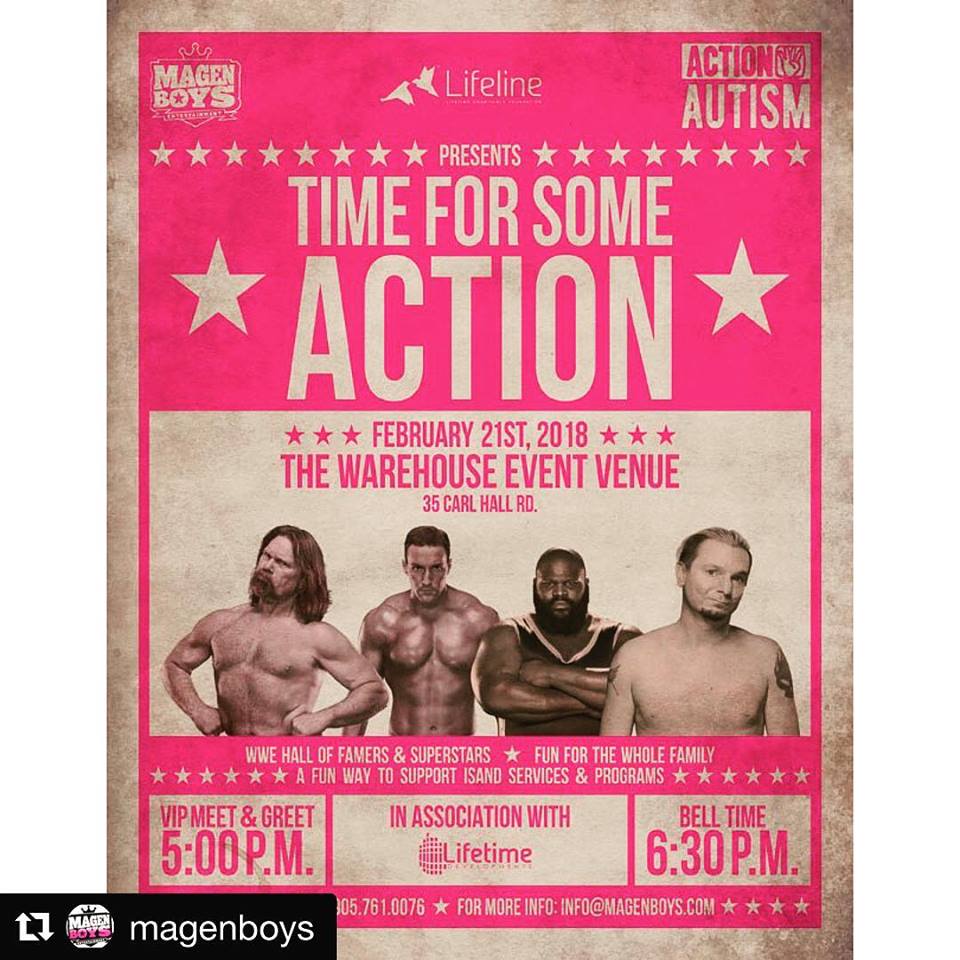 “People online kept putting it everywhere,” Ellsworth said. “It was cool. I was very shocked. It was a really, really good moment in my life, obviously.”

His first program put him in the spotlight alongside Styles and Ambrose, who Ellsworth said were “so much fun” to work with. As far as Ambrose is concerned, Ellsworth said they had “really good chemistry on camera” that could have been developed more.

“Those guys, they understood me,” Ellsworth said. “They came from independent scene themselves. They started out just like me.” 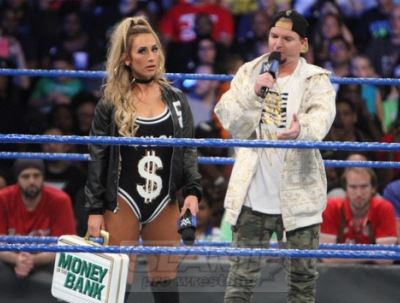 Carmella and James Ellsworth on Smackdown in August 2017. Photo by George Tahinos

Shortly thereafter, Ellsworth joined forces with NXT call-up Carmella. They both started on the Smackdown roster around the same time, and Ellsworth said she asked him about working together before pitching the idea. And with that pairing came the controversial finish to the first women’s Money in the Bank ladder match — something Ellsworth considers the highlight of working with Carmella.

“I will always be remembered for that,” Ellsworth said. “In every era … my name will come up. I think that sticks out to everybody.”

For his part in that ending — grabbing the briefcase and handing it over to Carmella — Ellsworth enjoyed how everything unfolded.

In his final weeks with WWE, Ellsworth participated in a rare intergender match against Becky Lynch on Smackdown. The last intergender bout in WWE was Health Slater versus Lita during Raw 1000 in 2012. That match lasted only a few minutes and consisted mostly of Lita hitting her signature moves on Slater, who got in no offense. Lynch and Ellsworth grappled for nearly 10 minutes while other members of the women’s division stood guard at ringside. Ellsworth said he’s glad that Lynch and he “brought it back.”

“To bring that back, I don’t think should happen all the time … [but] it’s intriguing. It definitely grabs people’s interest and I’m glad we were able to do it,” Ellsworth said. 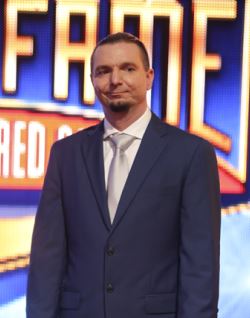 James Ellsworth at the WWE Hall of Fame ceremony at WrestleMania 33 in Orlando. Photo by Ricky Havlik, RickyHavlik.com

That would be his last match before his release.

“That was the most fun in a match I’ve had since I’ve been there,” Ellsworth said. “I was so comfortable in there with her. She’s great. She’s one of the top three women’s wrestlers in the world.”

And still, it was surprising that his release came after what he considered a match that was well received.

“It’s weird that that was the last thing because it went so well,” Ellsworth said. “The initial reaction was it went well.”

RETURN TO THE INDEPENDENTS

Since being released, Ellsworth said he has been booked as much as he wants to be.

“I hope that lasts a while. As time progresses, and you’re off TV for a long time, it gets harder, I think, if you don’t do anything,” Ellsworth said, “but I’m doing things that I think are going to [catch] people’s interest.”

He has stepped in the ring with Jerry Lawler, recently announced that he will be defending the InterGender Championship, and challenged Nick Aldis for the NWA Heavyweight Championship earlier this month. Ellsworth said as “student of the game,” he had been keeping up with NWA and saw the videos they had been putting out. So he contacted the company to see if there was interest in using him. About two months later, they called back.

Ellsworth was introduced as Aldis’ opponent Feb. 11 by Austin Idol as part of Nick Aldis’ Ten Pounds of Gold challenge. 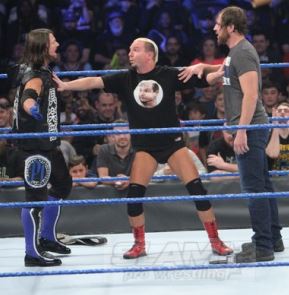 “The crowd didn’t know I was going to be there,” Ellsworth said. “I was a surprise on the show. I always tell people this, and I truly mean this. People tend to react to me, whether it’s good or bad. At this point, always know there’s going to be some type of reaction when I walk through the curtain.”

This week, Ellsworth will be in Toronto, wrestling on a show that’s raising funds for Action Autism, along with Hacksaw Jim Duggan and Mark Henry. It’s on Wednesday, February 21, at The Warehouse Event Venue, in Downsview Park.

“Before WWE, when I wrestled on the independents, I had regular job,” Ellsworth said. “I worked with people had autism and other special needs and so that holds a big place in my heart.”

Ellsworth served as a job coach for Opportunity Builders Inc. in Maryland.

Though he enjoys being able to interact with fans on the indies, Ellsworth said he is “very appreciative” of the opportunity WWE gave him.

“But I do believe the glass was left half full,” Ellsworth said. “I think I have unfinished business there, and — one day — I promise all the fans that I’m going to do what I have to do to get back there.”

For more information about the Action Autism show, see its Facebook page or email [email protected].