Paralyzed wrestler Spyral was an innovator

Mike Law was one of the best friends of Brandon Kaplan, who died on December 4th, six and a half years after Kaplan was paralyzed in a New Jersey ring while practising a high-flying move. Looking back at Kaplan’s career as Spyral BKNY in the northeastern states and as Snake in Ohio Valley Wrestling, Law isn’t sure that his buddy will ever get the kudos he deserves.

A natural athlete, with next to no body fat, Spyral came into pro wrestling in 2000 with a third-degree black belt in judo and a desire to hit new heights. He loved to take to the air, springboards, flips, flying splashes, and his Panther Bomb, which was a modified flipping Styles Clash. 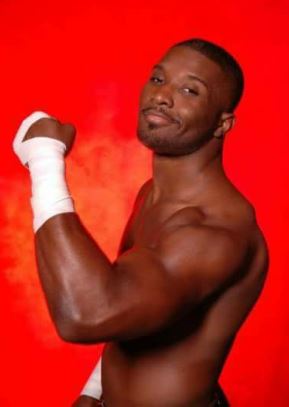 It was always about taking the action higher and higher.

The accident which paralyzed Kaplan, on May 27, 2011, was a result of that drive to do more in the ring. The 450° Splash wasn’t enough, so Kaplan was apparently trying out a 630° into a leg drop, and something went terribly wrong.

“I don’t know if he’ll ever get the credit he deserves for innovating so many moves and just going out there and doing fantastic work,” said Law. “I hope we’re able to at least keep his name out there for people to realize that there was this individual, who before he was paralyzed, was an amazing person and an amazing performer, and he’ll be missed.”

Brandon Kaplan was born July 17, 1981 in New York City, and grew into a 6-foot-1 lean athlete, running around 200 pounds. He was good at whatever he wanted to do, and the judo wasn’t enough — professional wrestling beckoned.

Law can still picture Kaplan and his buddies coming into the gym in the Bedford Stuyvesant part of Brooklyn where he’d been training in 2000, about two years into Law’s apprenticeship. “He came in with a group of guys that I didn’t know,” recalled Law. “These guys were coming in and they were doing things that I had never seen before. I’ll tell you, when I first met Brandon, it wasn’t love at first sight. He was one of those guys, bless him, that I think he was somebody that if you didn’t get to know him well, you thought that he was very egotistical, he was very into himself.”

Kaplan oozed confidence, said Law. “I was kind of perplexed that he had that chip on his shoulder and he had the confidence of somebody who had been around for a long time.”

As their careers began to gain traction, Law and Kaplan became great friends, and Kaplan wasn’t the man Law initially thought he was. “He really, throughout the years, just proved to be one of a kind. He did really care for his friends. He only wanted us to improve ourselves.” Often, they’d be the only two New Yorkers on a card, whether it was Pittsburgh or on Cape Cod, which meant they had to have each other’s backs.

At one point, Spyral and Law were in a stable under manager AJ Pan called The PC (Pan’s Corp.), along with Carlos Garcia, Sam Shields and Sam Sanders. On Facebook, Pan talked about the group: “We were all great friends & if it wasn’t for working with this crew & having such a great time with them & chemistry, I doubt I’d be where I am today.”

On the phone, Pan offers up more praise for Kaplan. “He was phenomenal. He was ahead of his time, I think. The first time I actually got to see him work, I was immediately impressed, not only just by his in-ring work, but he had such a natural charisma to him. He always was aspiring to come up with innovative moves and just different ways to put twists on moves. And he’d get so excited when he would come up with something.”

By 2004, Spyral was performing in CZW, and in mid-2005, he picked up and moved to Kentucky to be a part of Ohio Valley Wrestling, where he learned from the likes of Rip Rogers and Al Snow, and worked as Snake, as Spyral, and under his real name. Aside from the high flying, Kaplan would often blow fire during his entrance.

There are numerous posts on social media lamenting Kaplan’s passing, and many are similar in sentiment to one posted by Steven Dumeng:

Finding out that someone I grew up watching live & inspired me to watch indie wrestling, Spyral (Brandon Kaplan) has passed. I recall seeing him perform in various indies in New York & he was the first person I saw in person at a show to then see perform in CZW and that really introduced me to wrestling beyond what’s on TV. I was always impressed by his athleticism and arsenal of moves, his drive & motivation, his fire breathing entrance, and how nice he was to me. He was so proud of me when I told him I became a referee at CZW, and that will always be with me. I send his family regards & will always miss him. Thank you for all you did both in and out of the ring. Rest in peace, my friend.

Earl Cooter, who wrestles as Bryan Idol in EVOLVE, knew Kaplan, and called him “a very humble, realistic and straight-up guy. He had a good sense of humor. I think he did what he could to get by and all he wanted was to get a WWE contract in order to make a full-time living as a wrestler. He didn’t have the unrealistic fantasies of being a hall of famer or champion, just wanted to be a part of the show and earn a living doing what he loved.”

Away from the ring, Kaplan and his wife, Colleen Arizmendi, had a son named Heath Logan, who was only one year old when his father fell and was paralyzed. Brandon and Colleen later separated. 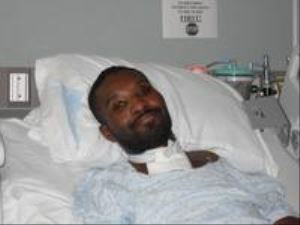 Kaplan suffered a severe spinal cord injury, and was diagnosed as a level C5-C6 quadriplegic. Days after the accident, Law went to see his friend at a facility in Orange, NJ.

“I have pride, but I have no problem saying that I bawled like a baby,” said Law. “It was very hard to see my friend who was one of the more vocal people that I’ve ever met, he was charismatic, he had energy for days, it was hard to see him lay there and not be able to say a word; he was unconscious.”

After six weeks in the ICU, Kaplan did months of physical therapy. He also had a tracheotomy.

In January 2016, his parents, as primary caregivers, posted a request for financial aid to deal with mounting medical bills, and updated their son’s condition:

Undeterred by this, and true to Brandon’s positive mindset, he has worked hard to have the tracheotomy removed and spent time with a speech therapist to regain his ability to communicate once again. We have been exhaustive in our search for treatments: Brandon has received cutting edge Stem Cell treatments, continues physical therapy, and routinely meets with doctors to strategize his next steps in the process of regaining the use of his body.

One positive change that indicates we are on the right path is that Brandon intermittently has feeling in his extremities. To Brandon, walking again is not a goal, it’s an expectation.

Law visited his friend and stayed in touch, and believed. “I really felt that one day he would walk again, and that he would, not necessarily perform, but he would be able to walk again.”

With his death on December 4, Kaplan leaves a void in many people’s lives, Law’s included: “This one hurts. I know I’ve had a lot of friends who have unfortunately passed away in the wrestling business, but this one, I still can’t believe it. It’s hard for me to fathom that somebody who I looked up to in terms of all the stuff that he was able to do that I would never be able to do, had to succumb.”