Kozina’s Road Diaries: Finally, the end of the road

21 cities, 21 shows, in 21 days. It is complete. Last night, we delivered our star-studded product, known as Canadian Wrestling’s Elite, to a hot crowd in Sault Ste. Marie, Ontario, making that our third new market this tour. 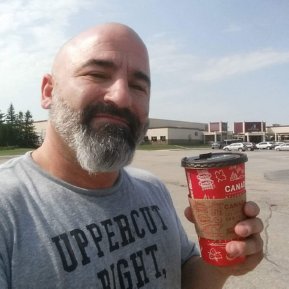 When in Canada… Tim Horton’s! I’ll miss it.

Overall, this beast of a tour was a success, if for no other reason than we all came out alive. Even in summer, the beautiful Canadian landscape is vast, and unforgiving. You don’t have to be on a Tony Condello “Northern Death Tour” to understand the harshness of touring Canada.

Now begins the trek home. It is 934 a.m. on Monday, August 21st, and six hours into the drive we opted for a hotel room for safety’s sake, instead of pushing on through the night. With everyone exhausted by 3:30 a.m., it was the only sensible thing to do. We still have six hours to St. Louis and then K-Dos and his wife have four more hours until they’re home in Oleatha, Kansas. 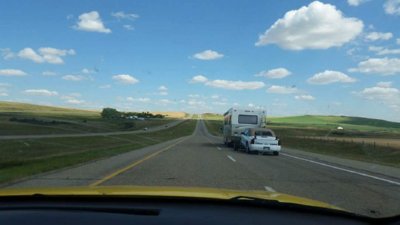 I’ve often said driving through Canada is like driving in a picture. Going eastbound from Calgary to Medicine Hat, I couldn’t help but click off some pictures of the gorgeous sky and landscape.

There were a lot more smiles near the end of the tour, as everyone could see the light at the end of the tunnel. It was fabulous to catch up with old friends, like Johnny Devine, who I saw in Winnipeg and Thunder Bay. Before my first CWE tour in Sept. 2016, the LAST Canadian tour I was on, in Sept. 2001 was organized by Johnny Devine. It sounds like, perhaps, he will be on more upcoming tours. We’ll see how that comes to pass. 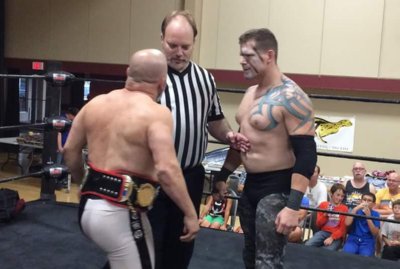 We also had a bit of a scare as Chase Owens took a double-underhook piledriver in Thunder Bay that left him numb in parts of his body and laying in ring for a few minutes until all the feeling came back. Aside from that scare, he performed the following night in Sault Ste. Marie. 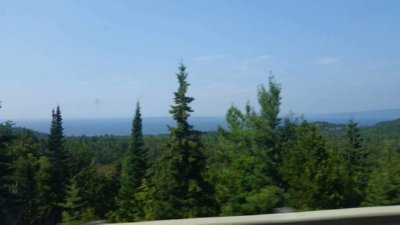 Driving across Canada yields the most amazing and diverse scenery. Here, we drive around Lake Superior with amazing views hour after hour, en route to Sault Ste. Marie.

So when I said above, the tour was a success if for no other reason that we all came out alive, between the in-ring physicality and all of the miles driven in cars, the law of averages really works against you with every passing day.

That about wraps up this tour. Some dates are already confirmed for our winter tour, which, from what I’m piecing together maybe as long as 25 days, spanning from December 21st until January 14, 2018.

As soon as I get home to St. Louis, I’ll be back at it, on the business end of things, helping coordinate sponsors, hotels, after-parties, travel arrangements, and boots on the ground in the many cities that help us get the word out. It’s a never-ending job, and I’m thrilled to be a part of the machine as we’re slowly getting this GIGANTIC ball rolling. 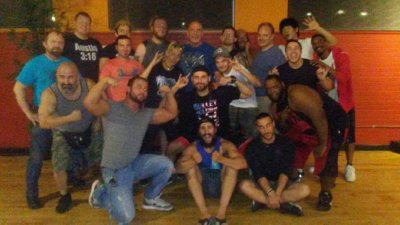 Group photo after the Sault Ste. Marie show, capping off 21 days on the road.

So, thank you all for reading these diaries. I’ve enjoyed all the feedback I’ve received, and am looking forward to doing more over the winter tour if the opportunity arises!

In between tours you can catch me at the following shows and cities: