Mat Matters: While Brock was on vacation…

One true measure of any wrestling federation or promotion is its World Heavyweight Title. From the WWE to NJPW to ROH to your local indie show, every wrestling promotion has a principal title of some kind.

In the WWE, Brock Lesnar defeated Goldberg for the WWE Universal Championship in a five-minute match at WrestleMania way back on April 2nd.

Since his win, we have not seen Brock Lesnar defend the title. 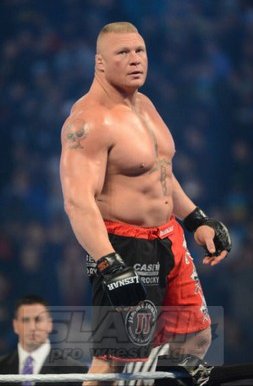 In NJPW, its world champion, Kazuchika Okada, has wrestled in approximately 14 matches since April 2nd, two of those being IWGP World Heavyweight Championship matches. He defeated Katsuyori Shibata in a grueling Match of the Year candidate at Sakura Genesis and he fought off the hefty challenge of the Bullet Club’s underboss, Bad Luck Fale, at Wrestling Dontaku.

Savvy ring veteran Christopher Daniels is the current Ring of Honor World Champion. He defeated Adam Cole for the title at ROH’s 15th Anniversary Show on March 10th. Since then, Daniels has wrestled in approximately nine matches and defended the title three times. Once against perhaps wrestling’s greatest showman, Dalton Castle, at Supercard of Honor XI. He also defeated Matt Taven at Day 2 of ROH/NJPW War of the Worlds 2017 and beat both Cody Rhodes and Jay Lethal in a three-way dance at Day 4 of ROH/NJPW War of the Worlds 2017.

Bobby Lashley is the Impact Wrestling World Heavyweight Champion. On January 26th, he defeated Eddie Edwards in a fantastic 30-minute Iron Man match on Impact Wrestling to win the title. Since then, Lashley has competed in approximately 13 matches including seven successful title defences. Although he kinda lost to Alberto El Patron, he went on to defeat Jeff Hardy, Eddie Edwards, Josh Barnett, Jeff Cobb, James Storm and Moose.

It used to be in wrestling kayfabe lore that as a champion if you failed to defend your title every 30 days you would be stripped of it. If so, in a few days from now Brock would have been stripped twice. This is how little the Universal title appears to mean to the WWE. Not only did the company put the belt on Goldberg, who was hired back just to promote a video game, never gave a decent match and never intended to return to the ring on a regular basis but it then put the title on Lesnar who hasn’t defended it for nearly two months. How can anyone take the championship seriously?

While Roman Reigns, Seth Rollins, Finn Balor, Bray Wyatt and Samoa Joe are set to square off for a chance at the title at Extreme Rules, one wonders why they are bothering. The title means so little to the WWE that Brock Lesnar is not even putting it on the line at Extreme Rules but he was absent from the Payback show in April as well.

Brock is apparently still in need of a vacation or at least a nice long break since wrestling approximately 11 matches in 2016 and seven thus far in 2017.

Eat, Sleep, Conquer, Repeat has become just Eat, Sleep and Repeat for Lesnar as Raw’s popularity continues to tank. One of the reasons why could very well be because the Universal Champion is nowhere to be found.