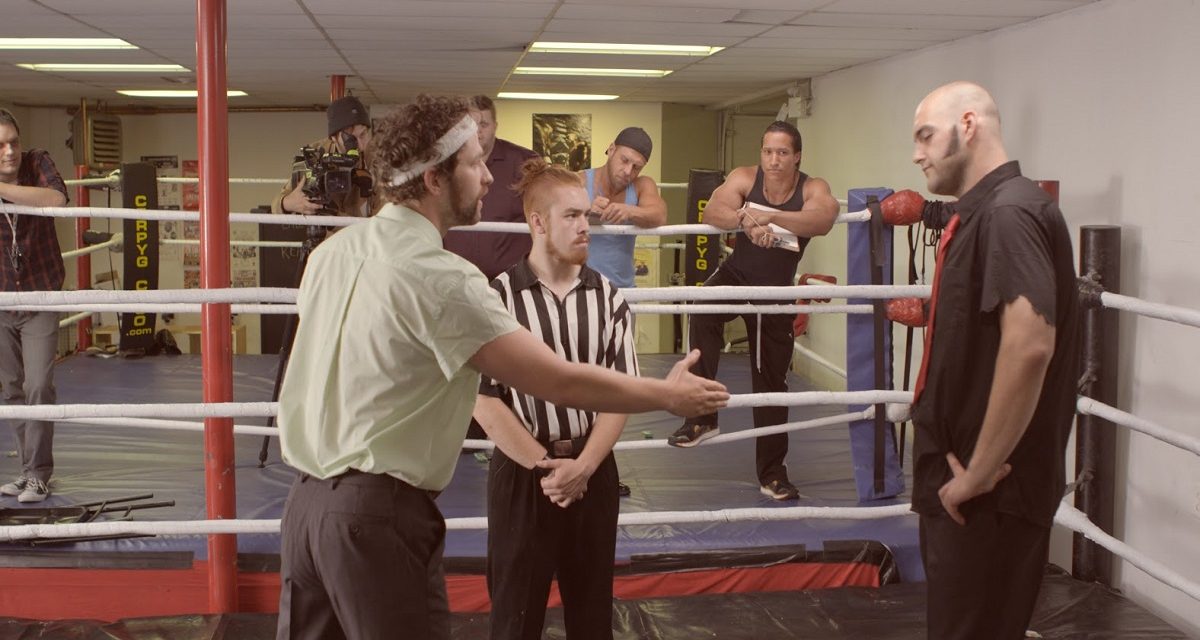 Write what you know … or, as Danny Mac, co-creator and star of the new mockumentary Heel Kick! might advise, get out there and know what you write. Ahead of the film’s Toronto premiere this weekend, Mac tells Slam Wrestling how he got into the trenches and trained as a pro wrestler for six months before filming.

“At first I thought it would be fun,” laughs Mac, recalling the training that he underwent through B.C.’s Elite Canadian Championship Wrestling’s promotion. Then came some mornings on the commute into school. “I would sit and think about what kind of hell would I go through today.”

To be sure to paint the appropriate picture here, Mac was not chasing a dream to become a wrestler. As a driving force behind this project that celebrates film and wrestling together, his own passion is definitely more on the film side. Taking on the training was his commitment to the part, knowing that the experience would “inform the writing.”

Mac is aiming to create pro wrestling’s answer to This is Spinal Tap or Fubar, and saw specifically in wrestling a certain void that he could help fill. “There are so many great documentaries, but few narrative films,” he says, regarding the history and behind-the-scenes goings-on of the business.

He aims, therefore, to combine the two genres and delve into the business side of pro wrestling with “a realistic depiction,” but to present it with a farcical concept: two friends decide to become wrestlers despite their one fatal flaw, which is that they have no talent for professional wrestling. 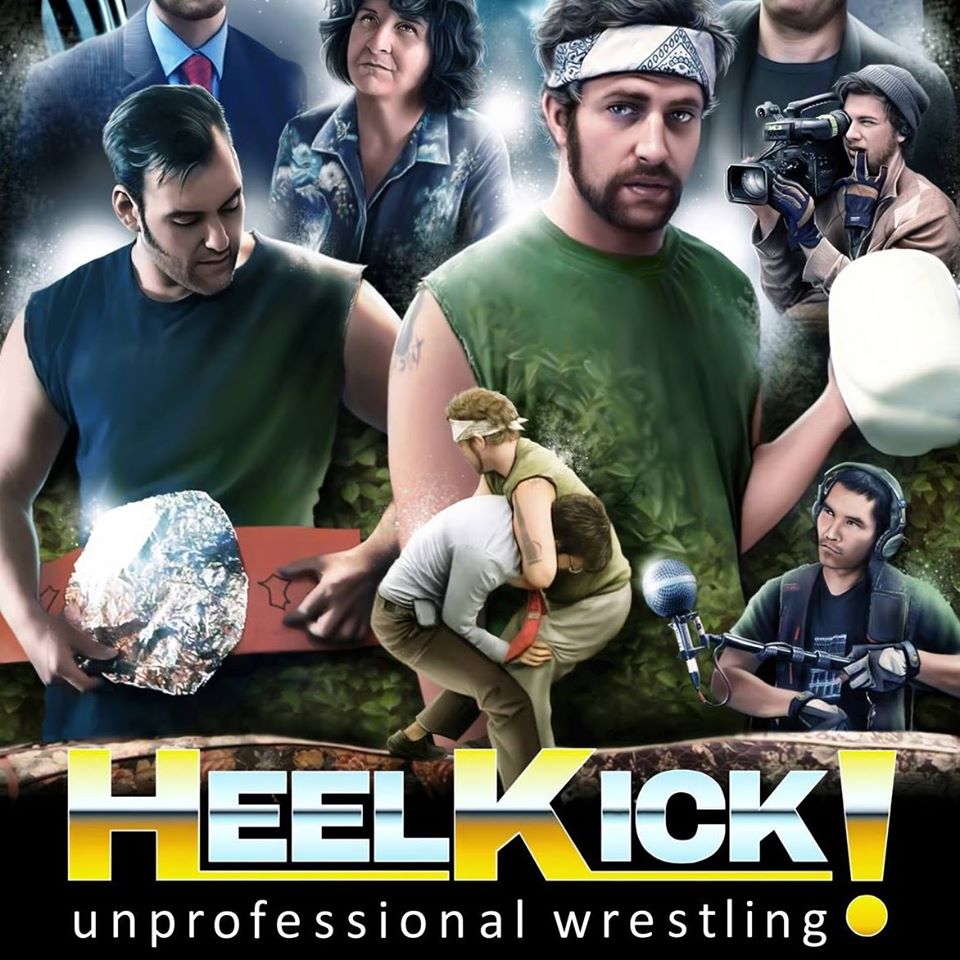 Creating the realistic depiction is what brought Mac and co-creator (and co-star) Charlie Wilcox to the doors of ECCW. He informed them of exactly his intent, and they agreed to become a part of the project, even featuring in the film itself. And then came the daily hell of training.

Still, Mac looks back on his training with an amusing reflection: “I actually miss taking bumps,” he admits. “You really form a brotherhood and sisterhood in training.” Because of the seriousness that his fellow trainees possessed, Mac was very careful not to come off as flippant about the training, since it was not for the same purposes as those around him.

“At first I told as few people as possible,” he explains, about being there to learn only for filming the movie. “Not only are we making a film, but it’s a comedy, and people will wonder if this guy is just here to poke fun at us.”

Eventually, though, as he became friends with some of the trainers and students, pieces started fitting together and most people figured out why he and Wilcox were there. “It was known not to go easy on us, though,” he says.

Interestingly, as he was there for six months, he started getting caught up in the promoters starting to prepare for the wrestlers to get into a show. He describes a workout where it became pretty clear that the wrestlers were being paired up to display their stuff for the purposes of booking them, and laments that while he worked with someone who was there to try and launch their career, he “missed a spot badly, and it made the other guy look bad.” He learned all too well the real measure for success and failure in the business.

Mac draws some interesting parallels between wrestling and moviemaking, describing both of them as having their own “Hollywood version” but also the independent side as well. “People find charm and intimacy in the indies,” he reasons. These are the qualities he hopes to showcase in the film.

He’s also not shy about describing a semi-autobiographical message presented by his film, even amidst all of the comedy. “Some people say they’re going to do something,” he explains. “It’s a lot tougher to actually do it when you’re content with your life. When you’ve backed yourself into a corner, you have nothing to lose.”

Mac experienced a bit of that during training, as he described when asked if he ever came close to quitting during his six months. “I had no choice,” he states flatly. “We just had so much on the line.”

The film has had premieres already in Edmonton and Vancouver, and hosts its screening in Toronto on Saturday, May 13th, at 4:00 pm at The Royal Cinema. Following the screening is a Q & A with the cast.