Jeff Cobb a star on the rise 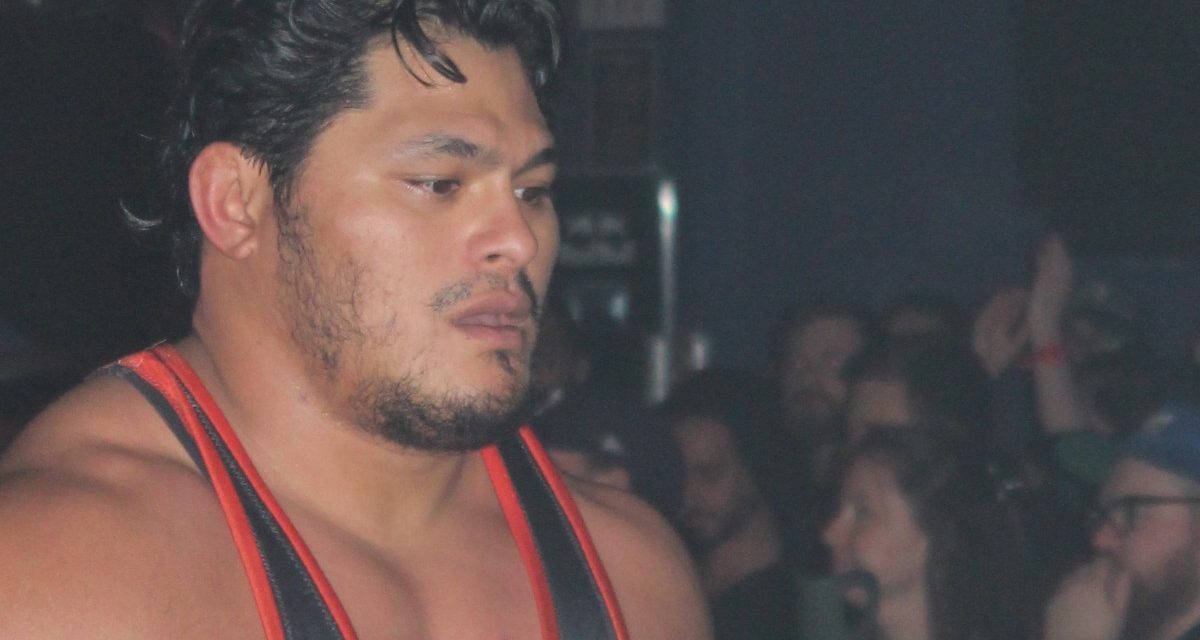 Jeff Cobb may not yet be a name you are familiar with, but chances are it won’t be long until you know more about this former Olympian. Or maybe you’ve already seen him on Lucha Underground and didn’t know it, since he’s the masked Matanza on the colourful TV show.

Regardless, it’s been an interesting journey for Cobb, who leaped up the rankings of the annual Pro Wrestling Illustrated Top 500 rankings, to #50 in 2016, and just won All Pro Wrestling’s Universal title in a four-way bout against Luster the Legend, John Morrison and Brian Cage at San Francisco’s historic Cow Palace. 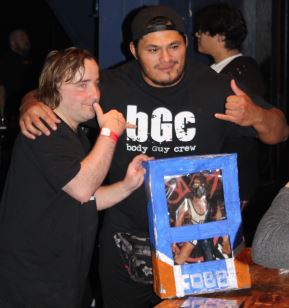 Jeff Cobb poses with a fan in Toronto at a SMASH Wrestling show. Photo by Greg Oliver

It started for Cobb on July 11, 1982, when he was born in Honolulu, Hawaii. He didn’t grow that tall — 5-foot-10, but man was he solid, and he fell into amateur wrestling. Family history allowed him to compete on behalf of Guam, a small U.S. island territory in Micronesia, in the Western Pacific of roughly 165,000 people, instead of the much more competitive United States and its 300 million-plus people.

He competed in both Freestyle and Greco-Roman wrestling, ranging in weight from under 97 kg to under 84 kg. At the Oceania championships, he was usually either the top competitor, or darn close to the top. At the World championships, or the 2004 Olympic Games in Athens, however, it was a different story — 32nd at the 2003 Worlds, and 26th at the 2007 Worlds, and 21st at the Olympics in Freestyle, Men’s Light-Heavyweight.

But, as Mad Dog Vachon, an Olympic wrestler in 1948 and a champion at the British Empire Games, used to say — you can’t eat your medals.

So Cobb began initial training in pro wrestling in Hawaii, before committing to train under Oliver John.

“He was huge. He was the reason I moved away from Hawaii, was to move to Sacramento, California,” Cobb told SLAM! Wrestling during a recent SMASH Wrestling show in Toronto at the Phoenix Concert Theatre. “From there, he definitely guided me and put me in the right direction, taught me a huge, huge amount of wrestling, psychology-wise and whatnot.”

Some things translated from amateur wrestling to professional.

“Definitely the athleticism translates. Because I always say and a lot of people say, ‘Once you wrestle, everything in life is easy.’ The endurance aspect of it , the conditioning, training, definitely played a huge factor into when I transitioned into pro wrestling.”

The showmanship however? “That was a little bit difficult. I’m barely learning it now.”

“Mr. Athletic” is a little hard on himself. While he may not ooze charisma quite yet, his very fireplug-like presence and unique power moves in the ring make him a force to be reckoned with.

Plus he can do some incredible moves off the mat too. His standing backflip seems like it was stolen from a lightheavyweight.

“I remember when I was training for wrestling, I did a standing shooting star press in the middle of the ring, and everybody was like, ‘Holy crap! Can you do that from the top?’ I was like, ‘I think so.’ I went to the top and I did it on a crash bag, did it again, and then I did it without the crash bag. I was like, ‘I guess this is my new finisher.'”

The reverse-spin scoop powerslam that he calls Tour of the Islands is pretty wild to see as well. He’s not ashamed to say that some moves were borrowed and enhanced.

“A lot of the suplexes that I’ve seen, and then putting that little twist on them, little variations,” said Cobb. Early in his career, which began in earnest in 2009, Cobb studied the likes of Chris Hero and Mike Quackenbush. In particular, he saw innovative moves that Quackenbush (of CHIKARA) did. “I didn’t steal, but I put my twist on a couple of them — that I didn’t use tonight, so be on the lookout.” He also was a big fan of the mixed martial arts-pro wrestling hybrid that was UWFI in Japan.

With time in Hawaii, California and Arizona, Cobb, who still calls Sacramento his home base, learned that it didn’t matter if he was facing big guys or high-flyers. In his bout with SMASH in early April, he was in a four-way bout against the beastly Michael Elgin, the lanky, athletic Brent Banks and the small, fast, devious Tarik. It ended with Elgin pinning Tarik, followed by a staredown between Elgin and Cobb and a promise of a bout down the road in SMASH Wrestling. (He’ll face Kyle O’Reilly on a SMASH show on Sunday, May 14 at the Phoenix Concert Theatre.) 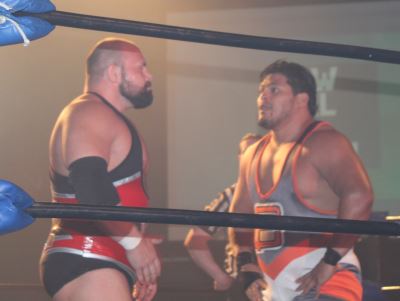 “I’ve been very fortunate that I’m adaptable. I can wrestle any style,” he said. “I prefer the ground-based style, because I don’t fly. I did in my younger days, but not anymore. If you’re going to fly, I’m going to catch you and I’m going to throw you, bottom line.” 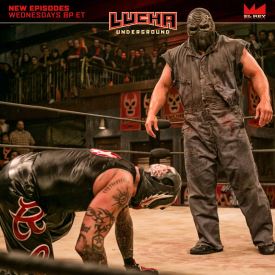 Cobb credits Lucha Underground agents Konnan and Chavo Guerrero Jr. for mentoring and teaching him, taking him to a new level.

Lucha Underground “was a wonderful experience,” said Cobb. “[With] guys like Chavo Guerrero agenting your match, he’s got tons of experience plus from his family. It’s just so helpful.”

Wearing a mask that seems more Kylo Ren than lucha libre was an issue, though it forced him to learn and adapt. “I can’t breathe under that thing, but it pays the bills,” he cracked.

Like most of the wrestling world, Cobb was a part of WrestleMania weekend in Orlando, Florida, where he got to wrestle Bobby Lashley on the WrestleCon supershow, and he figures he turned a few heads.

“The whole weekend was just fantastic. I went in thinking how it was going to be and I just exceeded my expectations. It blew my mind,” he said. “WrestleMania weekend is a great place to network, meet people, wrestle new faces, and new bodies — new fans.”

There is little doubt that Jeff Cobb comes away with new fans each and every time he wrestles.