Yesterday, I found out that a buddy of mine, Mike Patry, had passed away on February 21, 2017. I met Patry in 2005 or 2006 when I was the colour commentator for the independent promotion BSE Pro Wrestling. He had made it a mission to bring professional wrestling back to Timmins, a city of roughly 40,000 people in northeastern Ontario, about seven hours north from Toronto. And he did. 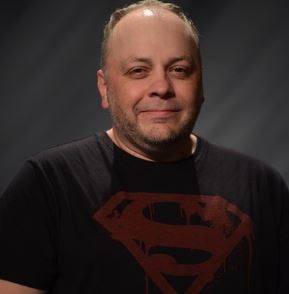 As a promoter, I found Mike to be passionate about the product, a tireless worker, and an honest, straight-shooting business partner. Personally, I found Mike to be a genuinely decent person who would give you the shirt off of his back if you needed it, and who had deep love for his friends, family, students, and community.

Similar sentiments have been shared across social media in the past few days, including by wrestlers that Patry had booked in the past, working with various promotions and in some cases directly with the wrestlers. He always tried to do a little more with the wrestlers too, like having Jeff Jarrett speak to students in Timmins. That part makes more sense once you learn that Mike was a teacher by trade, with his B.Ed. from Laurentian University.

Here’s a sampling of some of the people he worked with:

– Wrestler/model April Hunter: “I’m gutted to learn of the passing of Micheal Patry. He was both a friend and someone I worked with. He GAVE, tirelessly. He edited my writing. He listened when things went wrong, without judgment or reservation. He helped others whenever possible. He cared about Scarlett and his students more than anything. Mike was one of the human beings who leaves this world a far better place. My heart hurts for his family and daughter.”

– Friend and BSE sponsor and co-promoter Rick Lemieux: “Today, I lost one of my best friends. I met Mike in Grade 9 at Theriault High School in 1989 because of our love of professional wrestling. Although we were separated while in College/University for a few years, once we got back to Timmins, it was like we had never left. What you have read about Mike on Facebook today is the absolute truth. He was one of the nicest, well respected and genuine people you could ever meet. In 2005, Mike came to me and said, we need to bring wrestling back to Timmins. We worked really hard and within a year, wrestling was back in Timmins where it has been ever since. I remember getting all of the kudos when wrestling was back in Timmins, when in reality, Mike did most of the work. He didn’t care and just wanted to entertain wrestling fans in our community and donate any of the money raised to several organizations in town. I’m going to miss you so much! Thank you for being my friend.”

– Wrestler Tiana Ringer: “would like to send my condolences to Michael’s family. This is very sad to hear and read about. Micheal R Patry was always encouraging and supportive. You remember people that make a mark in your life. Rest is peace Mike you will always be with us”

– Wrestler Daynah Rivietz: “am both devastated and shocked to hear about the sudden passing of Micheal R Patry. He not only gave me many opportunities in wrestling, but I considered him a friend as well. He was always positive, and just a darn nice guy to be around. He was an amazing teacher, and I know he loved being a father. R.I.P. my friend.”

– Wrestler Sonjay Dutt: “Deeply saddened by the death of Micheal R Patry. Just spent time with him this past October. My condolences to his family.”

– BSE commentator Dave Blezard: “Thoughtful and passionate dude with a heart of gold. Always loved our Timmins trips and this is such a shock to hear of his passing. You can see the impact Micheal R Patry had on his students, friends and community with the outpour of love on his wall. Truly a good man. The world doesn’t make sense on a day like today.”

The last time I saw him was at a Ring of Honor show — he and some friends had driven down to Toronto for the weekend. We talked about me going back up there to get back on the mic for the show, and we “bro-hugged” goodbye. Sadly, it will be the last time. Here’s ten bells for you, my friend.